Watch toxic smog create a growing pile up in India

McLaren Flies off Cliff, Driver Gets Rescued by Helicopter 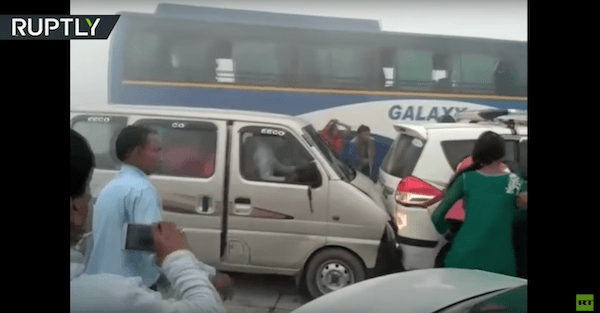 Thick, toxic fog caused a massive pile-up on the Yamuna Expressway right outside of Delhi.

The pile-up claimed the life of one person and sent six more to the hospital. According to NDTV, authorities were forced to declare a public health emergency after the air quality index measured 451. To give you an idea of how high that is, health experts say that particulate matter in the air shouldn’t go above 100. The index maxes out at 500, so this air was literally toxic to breath.

The police and emergency workers were able to clear the road by using a crane, and the deceased is yet to be identified.