Man Kills 2 Managers, Himself After Being Fired from California Ford Dealership 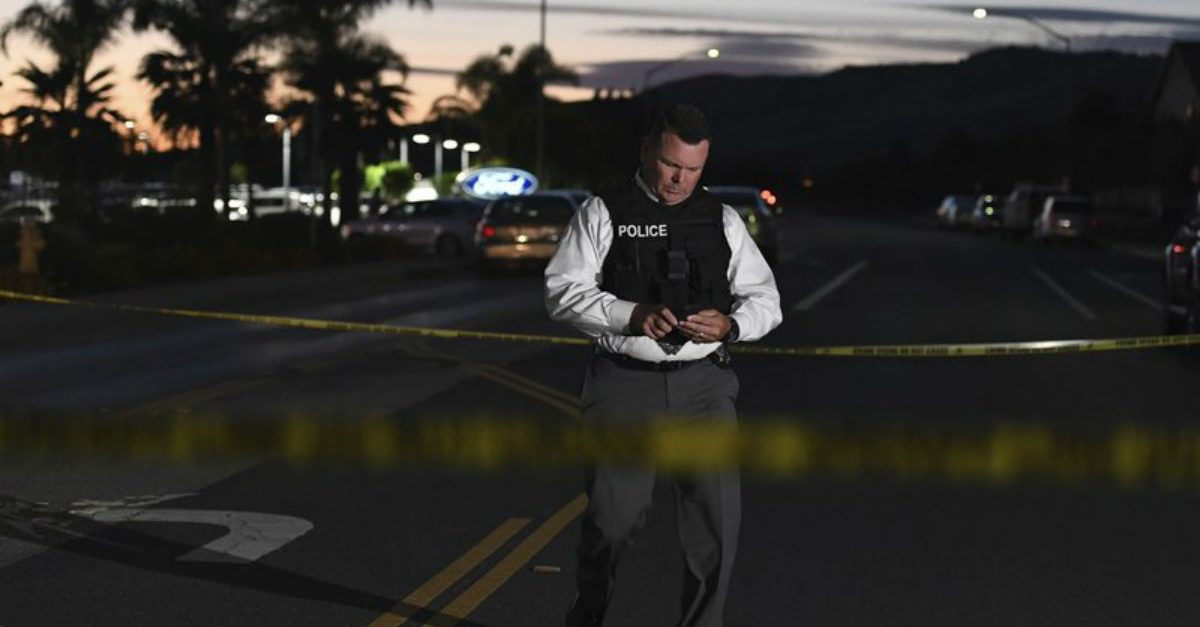 MORGAN HILL, Calif. (AP) ? A man who had just been fired from a Northern California Ford dealership returned with a gun and shot and killed two managers who had dismissed him and then killed himself, police and witnesses said.

Police called to the Ford Store Morgan Hill Tuesday evening found a man shot dead of an apparently self-inflicted wound on the ground outside some service bays.

?In his hand was a firearm, a handgun,? police Sgt. Bill Norman told reporters in Morgan Hill, near San Jose in the San Francisco Bay Area.

Employees took officers inside a building where they found two other men who had been shot and killed at the scene.

Doug MacGlashan, who was working in the parts department, told KRON-TV that the killer was a former employee.

The man also killed the parts manager, he said.

Police did not immediately identify the gunman or the victims.

?Someone from the dealership was fired today, came back and apparently just shot the two managers who obviously would?ve fired him,? Jordan Valdez, a service worker at the dealership, told the East Bay Times.

Valdez said he was standing outside the service department when the shooting happened.

?One of the service advisers had opened up the door to go back inside the shop,? said Valdez. ?He turned around, looked at us and he said, ?Run, there?s a shooter.??

Valdez said he took cover at a nearby mushroom farm.

?Nobody really hated each other, which is why I?m really surprised this happened,? Valdez said. ?I didn?t see anything like this coming.?

Video and photos showed police cars from several agencies swarming the dealership and employees embracing as they left the property.

Read More: 2 Montana Men Were Test Driving a Pickup When They Decided They?d Rather Steal It