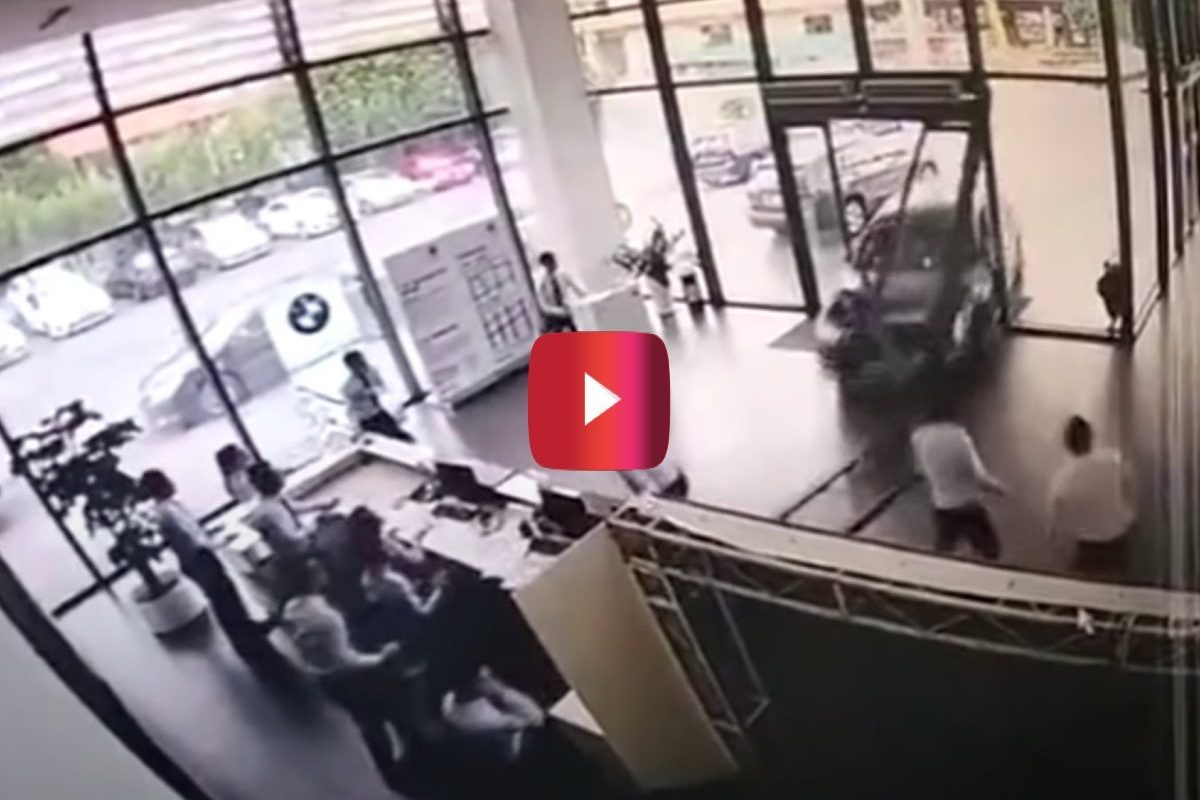 Pretty much everyone in the world has had times in their lives when they look back on things that they either did or didn’t do and wishes that could get a do-over. Of course, there’s a spectrum when it comes to the severity of these sorts of things.

On one end of the spectrum, you have the people kicking themselves for ordering the fish instead of the steak. Way on the other side of the spectrum are the folks like this woman from south China, who was taking a new BMW X1 on a test drive and ended up crashing it straight through a car dealership.

After watching the footage of this incident, I’m going to go ahead and assume that she really wishes she could take back this moment.

Video footage of the incident in Guangdong province shows the navy SUV smashing the glass door and windows of the storefront before ramming it into the wall of the showroom at about 4:25pm.

Staff workers and customers were seen running for their lives as the vehicle sped towards them.

Glass, debris and construction material were seen scattered inside the dealership. The bumper and the bonnet of the car appeared to be damaged.

The woman was trying to park the SUV outside of the shop after returning from the drive, according to Guangdong Public Channel.

However, the bungling driver hit the accelerator instead of the brake and lost control, plunging straight into the dealership.

The classic hit-the-accelerator-when-you-meant-to-hit-brake-pedal scenario. It happens more times then you’d think. Although, most times, the end result isn’t massive amounts of damage to a BMW dealership and two injured employees. Definitely not an ideal situation to be faced with.

Now, it’ll take some time, but this woman will find a way to move on from this craziness at some point. When she does eventually move on though, here’s hoping she remembers to brake every once and a while.