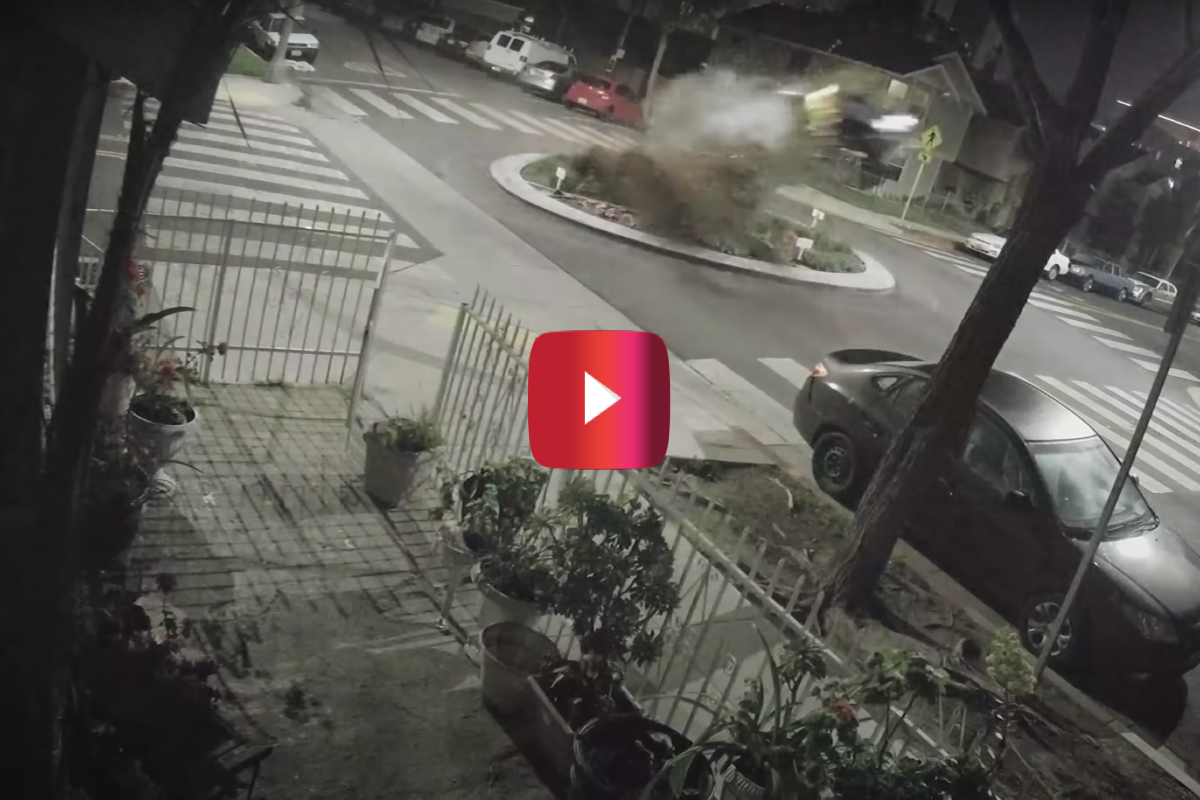 In the early hours of Thursday morning, a BMW driver was taken into police custody on suspicion of DUI, after she drove into a roundabout and was launched 15 feet into the air.

Footage of the high-speed crash, which happened at 2 a.m. the morning of February 13, in a Long Beach, California residential neighborhood, shows the moment that that the speeding BMW slams into the traffic circle, launching a 300-pound boulder into a parked Camaro in the process.

“It was a big explosion,” Angel Ruiz, the owner of the damaged Camaro, told NBC Los Angeles. “I ran immediately to see if the person was ok. I saw the damage right after. Man, it’s really bad. It was mostly the impact from the boulder.”

While Ruiz guessed the driver was traveling at least 70 MPH before slamming into the roundabout, some witnesses went as high as triple digits.

“I saw a lady going about 100 mph…and she (went) airborne, and she hit the rock,” witness Stephen Ruble told KABC.

In total, four cars were damaged as a result of the result. One of them was witness Lovely Lim’s.

“I was like, ‘oh, look at all the news people, something happened,’ and then turns out it’s my car,” Lim said.

Another witness, Tish Herrera, added, “It was like a massive explosion, and all of the sudden everybody’s up and you can see that the boulder’s in the middle of the street and the whole neighborhood is out and the young woman that hit this white car she just got out of the car like nothing happened.”

“You could tell that there was something off ’cause she just sat down and she was fine. I knew she was gonna be drunk.”

The driver of the BMW, 27-year-old Marisela Ovalle, was not injured in the crash.