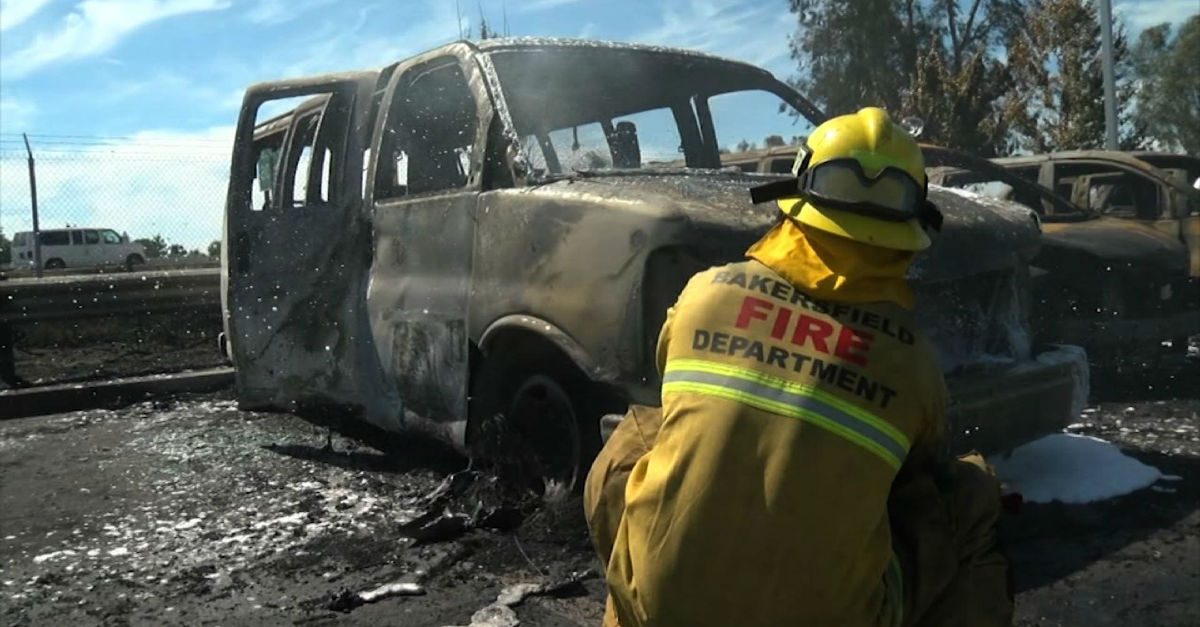 BAKERSFIELD, Calif. (AP) ? A spreading brushfire has burned 86 cars at a CarMax lot in Bakersfield.

Authorities received reports Monday afternoon of several grass fires erupting along State Route 99 in the Central California city, possibly caused by a big-rig dragging a chain or some other object that created sparks and ignited the tinder-dry brush.

The Fire Department says the blaze spread to a CarMax parking lot, destroying 26 cars and damaging 60. The Bakersfield Californian says the total loss is put at $2.1 million.

DEVELOPING: A brush fire has set multiple vehicles ablaze at a CarMax in Bakersfield, California; some cars exploding – KGET

Firefighters fought about 20 acres of brush and grass fires. They also wore protective masks while battling the car fires.

CarMax employees were evacuated and no injuries are reported.