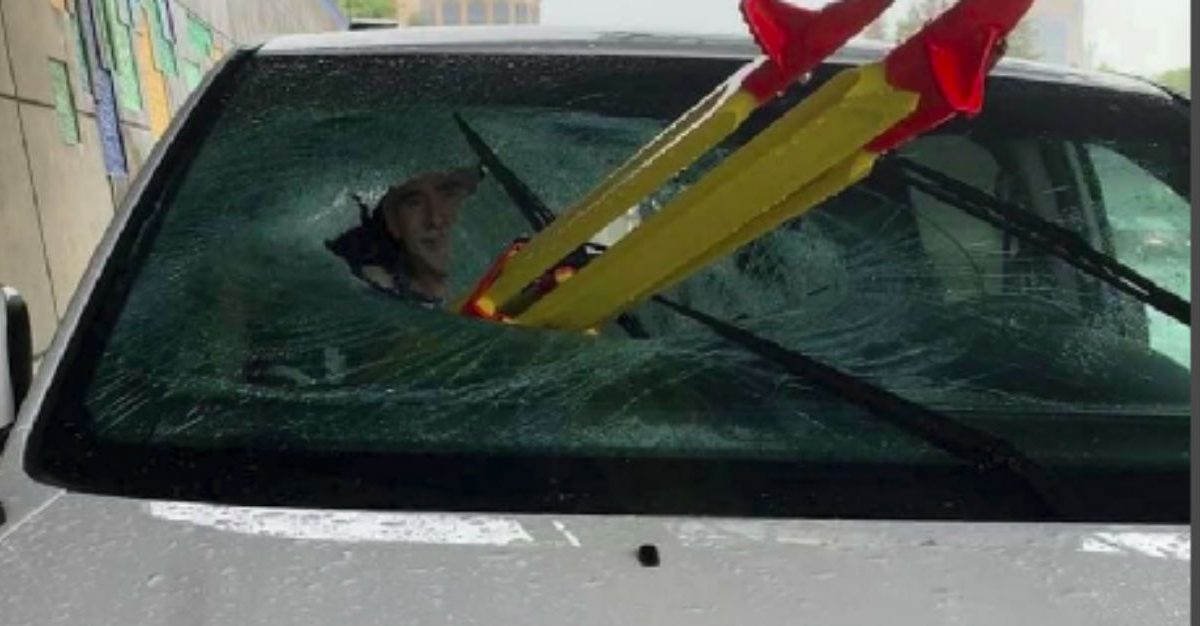 SACRAMENTO, Calif. (AP) ? Authorities say somebody stole a tripod from a California Department of Transportation crew and then dropped it from an overpass onto a Sacramento freeway, impaling the lung of a passenger in a van.

The driver of the van, Tim Page, tells KCRA-TV that he was on Interstate 5 Thursday morning when the yellow-and-red tripod smashed through the glass. He says it went through his passenger?s lung and popped out.

The man survived but with broken ribs and a partially punctured lung.

Authorities say a 32-year-old man they suspect threw the tripod was arrested on a warrant but may face a charge of attempted murder.

Page volunteers with El Dorado Veteran Resources and had picked up his passenger, another veteran, from the airport.