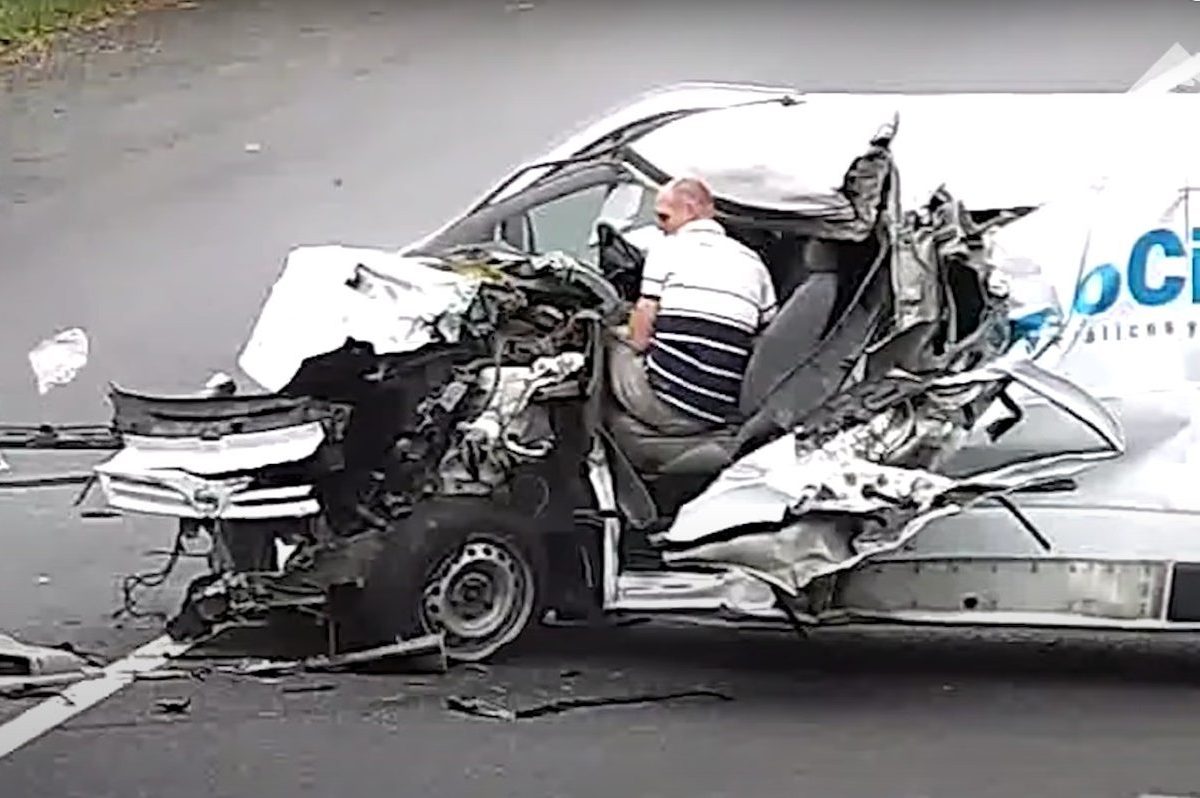 I’ll be honest. I’ve seen so many crash videos on the Internet that it takes a lot to really shock me.

But, this wrong-way collision that happened in the Ukraine (captured on a pretty damn high-definition CCTV, I might add), has got to be up there among one of the craziest crash videos I’ve ever seen.

CCTV shows how a van driver fell asleep at the wheel and veered across the road before crashing into an oncoming truck. The bald-headed delivery man was driving along a road in the village of Mylushi in the Lutsk district of Ukraine on August 28 at 10am. Cameras show how the Renault crept across the central line straight into the path of an old blue truck which was towing a trailer with a digger. The blue truck carrying a driver and two passengers is seen trying to swerve out of the way at the last moment, but the two vehicles collide. Both men escaped without serious injury from the crash. They are seen moving around in the cabin after the collision before the driver frees himself.

Wow. The fact that the driver walked away from that head-on collision alive, much less without any serious injuries, is pretty incredible.

Obviously, it’s never a great idea to fall asleep while behind the wheel of the vehicle, considering the massive amounts of danger it puts yourself, any passengers, and other drivers or pedestrians in. But, I’m guessing this guy’s near brush with disaster served as a more effective PSA on staying vigilant on the road than any PSA or common sense piece of advice could.

Let’s just hope that after this incident, this guy saves his naps for the comfort of his home.