How in the world does someone survive this –an SUV impaled by a guardrail? 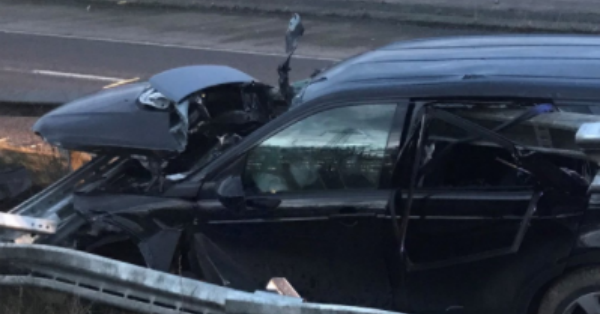 A suspected drunk driver was nearly killed when his Land Rover careened into a guardrail, causing it to thrust through his windshield.

Bedfordshire police in the U.K. responded to the scene of the crash, where they were greeted by the sight of the mangled car and railing.

However, miraculously, the driver of the car was able to walk away from the accident unscathed. A sight so remarkable the responding officers photographed and tweeted wreckage as a point.

Dealt with today on A4146 near #linslade . luckily nobody was injured however. provided positing breath sample on the road side #dontdrinkanddrive #fatalfour. SK pic.twitter.com/jDBElezwDQ

The driver was give a breath test at the scene where he reportedly tested positive and was taken in for drunk driving.

Hopefully, this will be enough encouragement to end the habit of getting behind the wheel while intoxicated less attractive to just about everyone.