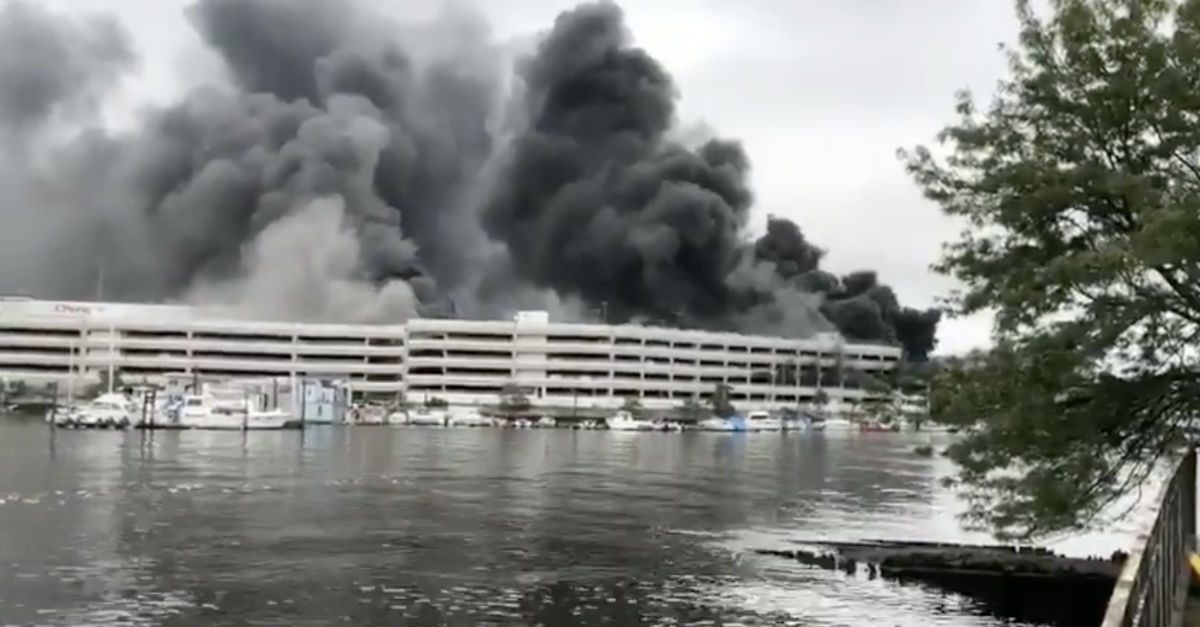 An arsonist with a strong moral code seems like a pretty out there concept, but that’s exactly what one 23-year-old homeless man from Brooklyn essentially claims to be after setting fire to a Mercedes-Benz parking garage and damaging 132 Mercedes vehicles, which he says were being used for public sex.

In surveillance footage obtained by authorities, the man is shown entering a new Mercedes car on the second floor of the Kings Plaza mall parking garage next to the Mercedes dealership. Moments later, the car explodes into flames, and shortly after that, the entire floor becomes completely covered by smoke as the fire spreads.

BREAKING: Fire at Kings Plaza shopping center is now a 6 alarm. Multiple marine units have been requested to try and fight the blaze from the water. pic.twitter.com/Kl5esS3B6m

The suspect was arrested nearly eight hours after the fire began, telling media that he was “sorry” and apologized for his actions on the way to the back seat of a police car. On Tuesday, after a night in holding, the man stepped in front of a judge to respond to the criminal complaint. Prosecutors note that he “was motivated to start the fire by his belief that others used the parked vehicles for sexual activity,” however, other sources refute the claim by mentioning that the man may have been sleeping in the parking garage and was kicked out.

A total of 137 vehicles were damaged in the blaze, 132 of which were Mercedes. Each vehicle destroyed in the fire had a resale value of at least $70,000, according to another employee, and included C-Class, E-Class, G-Class, GLS-Class, and S-Class vehicles.

The S-Class alone is worth $126,000, so as you can imagine, our carsonist racked up quite the bill. $9.2 million, to be exact. But the cost that the firestarter incurred wasn’t just financial, as three civilians and 18 responders were injured by the blaze.

From a parking garage to a jail cell probably wasn’t the life trajectory this guy had in mind, but that’s looking to be the case, barring any sort of off-the-wall developments.