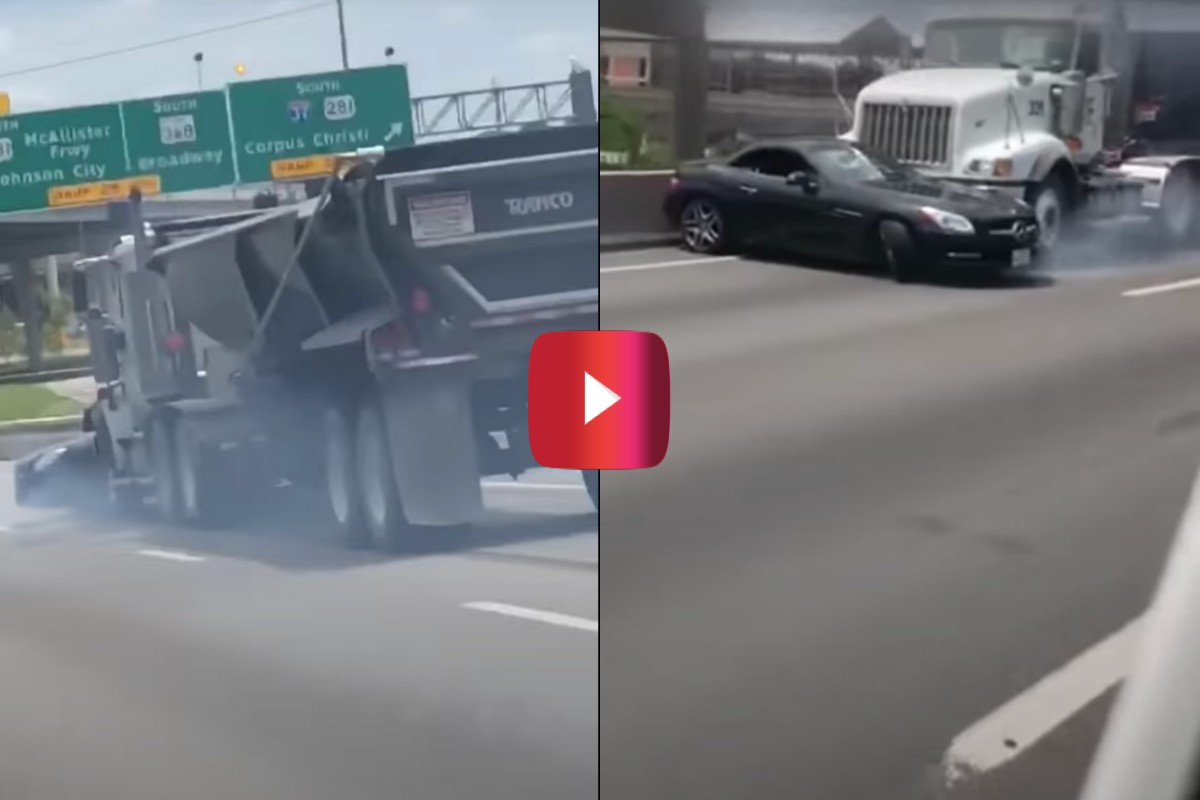 Meet Leon Morris. He’s the driver of a Mercedes-Benz that got pushed down Interstate 35 near San Antonio, Texas by a speeding semi truck. Also, meet Raymond Morales. He just so happens to be the driver of that semi truck.

Now that we have those introductions out of the way, check out the footage below, and you’ll get a pretty decent idea of why Morris decided to sue Morales for a whopping $1 million.

The lawsuit alleges Morales made an “unsafe lane change and caused a crash” and that he “failed to pay attention to the road and failed to keep a proper lookout when (Morales) struck (Morris’) vehicle.”

According to the lawsuit, Morales was working at the time driving a “vehicle owned, leased or under the permit” of the trucking company.

The accident, which occurred Aug. 20, was captured on video showing the 18-wheeler pushing a two-door Mercedes-Benz down I-35 North past the exit for 281.

The man who shared the viral videos on social media said the truck pushed the Morris’ vehicle for nearly a mile.

Police said Morris was transported to the hospital, with the lawsuit now alleging Morris sustained “severe injuries” in the crash.

Now, wildly enough, at the time that the original incident happened back in August, Morales boldly claimed that he didn’t see Morris’ car and that’s why he kept going.

To be completely honest, I’ve never driven a semi truck before, so I’m not sure how easy it is for something like that to happen. But I have a hard time believing that this guy was driving for a WHOLE MILE and didn’t notice or feel anything out of the ordinary.

Crazier things have happened, I guess.