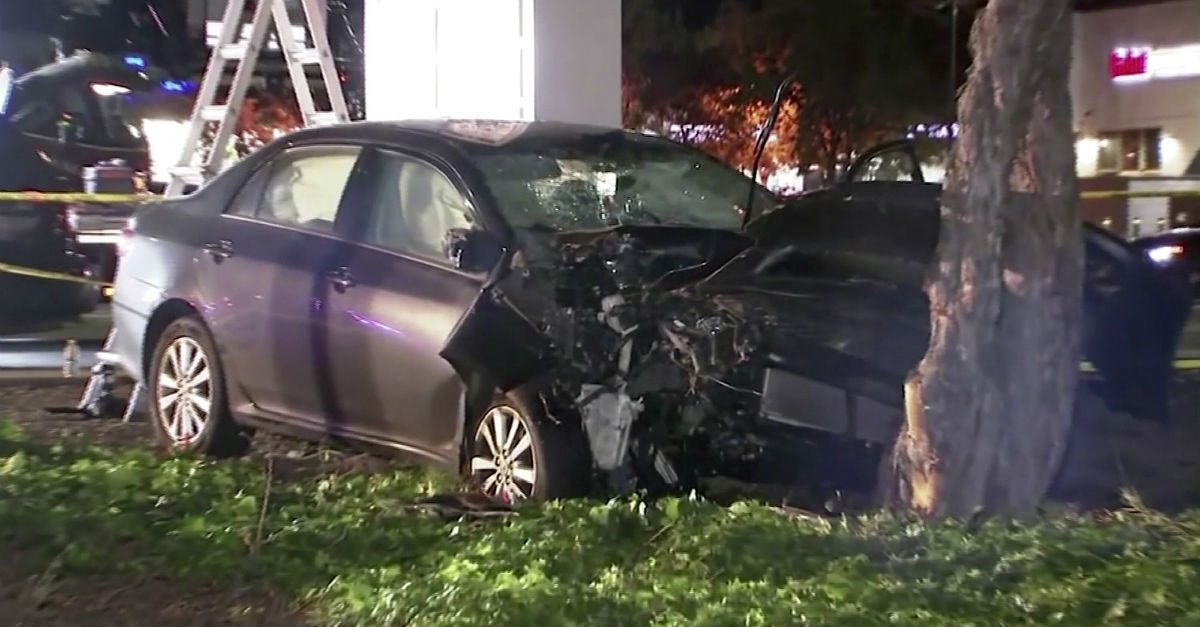 SUNNYVALE, Calif. (AP) ? A witness to a California crash that injured eight people said Wednesday he was waiting for a traffic light to turn green when a Toyota Corolla plowed through the intersection at a high speed, sending pedestrians flying into the air in the Silicon Valley city of Sunnyvale.

Don Draper, 72, said he was so enraged that he marched over to the car that had stopped after slamming into a tree. He found the driver slumped over the steering wheel as the car hissed steam. The door was open.

Police officers went to the apartment complex Wednesday of the driver who authorities say appeared to deliberately plow into a group of people, including a 13-year-old girl. Authorities have not identified the man who was driving Tuesday night in the city located about 50 miles (80 kilometers) south of San Francisco.

The FBI is assisting California officials in the investigation, said Prentice Danner, a spokesman for the FBI?s field office in San Francisco. He said the Sunnyvale Police Department is the lead agency but the bureau will become more involved ?if it is determined a federal crime was committed.?

Witness statements matched Draper?s recollection that the driver was speeding and drove directly toward the pedestrians without trying to veer away or stop before striking them.

Some of the witness statements ?show that the driver did not try to avoid the pedestrians at the cross walk, and there was no attempt to swerve, drive away or brake,? Choi said.

Draper said he was stopped at the intersection when the car went barreling into the crosswalk.

?I saw a body flying through the air, and one of them was right in front of me,? Draper said. ?This woman was about 10 feet (3 meters) off the ground; I can see her feet pointing upward.?

He said the woman landed in front of his car, with what appeared to be a bloody head wound.

Draper said he later saw the driver lying face down on the ground, away from his car. He was eventually led away in handcuffs.

Some of the eight people injured were at a corner or on the crosswalk when the car hit them before smashing into a tree, Choi said. The victims were taken to the hospital after the crash near a shopping center in Sunnyvale, Choi said.

An update on their conditions was expected later Wednesday.