A Husband and Wife Are Dead After Drunk Jeep Driver Smashes Through Fence, Runs Them Over 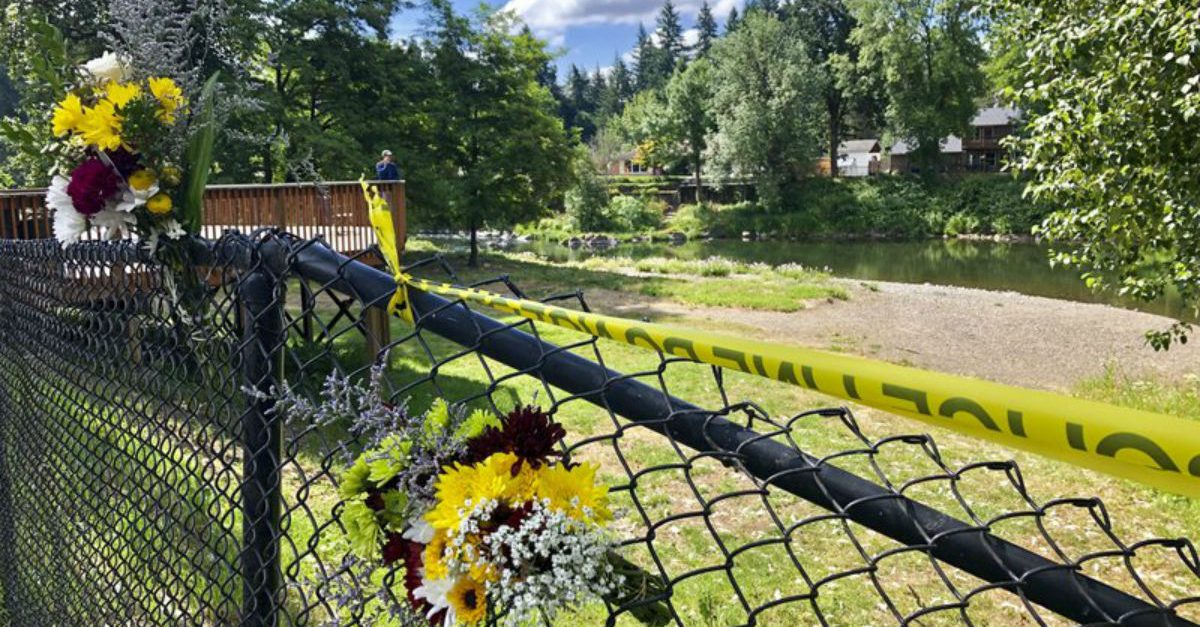 WASHOUGAL, Wash. (AP) ? Two German tourists visiting family in nearby Portland, Oregon, were run over and killed by a local man as they sunbathed by a swimming hole, police in Washington state said Wednesday.

Police arrested David E. Croswell, 71, of Washougal, Washington, and held him on suspicion of vehicular homicide while driving under the influence of intoxicants and hit-and-run driving that causes death.

Killed were Rudolf Hohstadt, 61, and Regina Hohstadt, 62, of Germany. The pair had arrived in the United States a few days ago to visit the Portland metropolitan area and took a trip to the Washougal River, police said. The river in southwest Washington is about a 30-minute drive from Portland.

A look at the scene where two people died after police say a Jeep Cherokee ran them over on the beach at Sandy swimming hole in Washougal. #KOIN6News pic.twitter.com/LSTWjbCJ4f

It wasn?t immediately clear where in Germany the Hohstadts were from.

A note on the gate at Croswell?s home Wednesday said the family would not comment and asked reporters to leave the property.

Authorities say Croswell told them he had been drinking at a local restaurant Tuesday before the crash. Court documents show a preliminary breath test taken nearly four hours after crash found he had a blood-alcohol level of 0.085. In Washington, a blood alcohol level of 0.08 or greater is considered evidence of drunken driving.

He made a first court appearance Wednesday morning, where bail was set at $500,000. He will be arraigned July 10.

In a statement, police said Croswell didn?t stop or slow down after crashing through the fence. He tore down a steep embankment to the sunbathing area, turned hard to the left, ran over the victims and then circled up a berm, knocked over a sign and left through the other side of the parking lot. He was arrested several miles away, police said.

Authorities do not believe Croswell and the victims knew each other or had any interaction before the crash.

The incident shocked the small riverside town that has been growing rapidly in recent years as it gains popularity as a far-flung and more affordable bedroom community for Portland and Vancouver, Washington.

Residents stopped by Wednesday to leave flowers. A chain link fence edging a small parking lot was ripped out of the ground where a car had crashed through. Neon orange spray-paint in the grass marked the car?s trajectory from the parking lot, which sits on a hill overlooking the river, to the grassy park and sandy beach below.

Triangles in the same orange paint indicated where the Hohstadts had been sunbathing when they were struck. Dark circles of dried blood appeared in the grass inside the triangles.

Resident Carrie Cox said the deaths upset her so much that she took a day off work. Her 14-year-old son, who is on summer break from school, comes to the swimming hole frequently, she said.

?It?s very popular. Usually the road on a hot day is lined all the way back, both sides, this whole parking lot and all the way to the intersection,? she said. ?This is a very small community so you don?t hear of things like this. My God, it?s terrible.?

Read More: Man Kills 2 Managers, Himself After Being Fired from California Ford Dealership