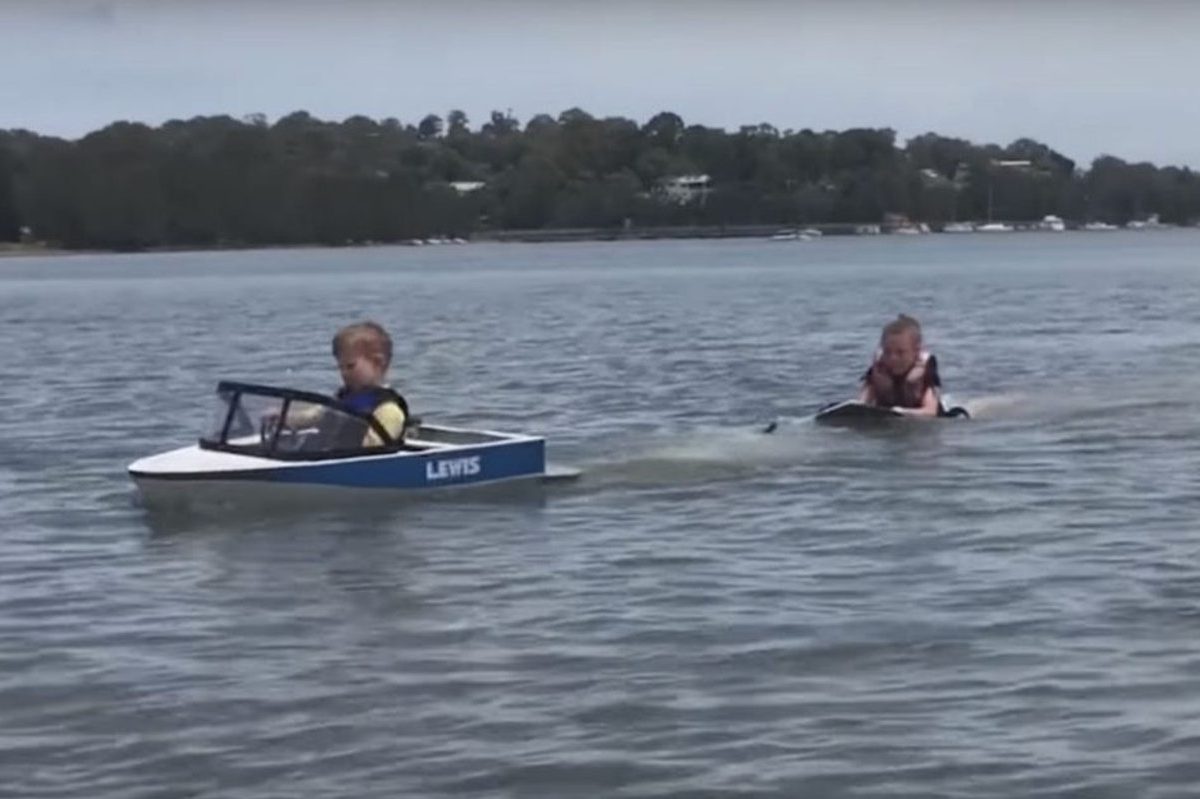 Here’s a gearhead who deserves the Dad of the Year award, after building a special miniature ski boat for his kids.

The awesome Australian got the idea for the sweet little homemade boat for his kids after they expressed a boatload of admiration for their grandfather’s Lewis ski boat.

It turns out that Dad’s high-quality, gas-powered replica was built 100 percent from scratch, so you won’t find anything like it in the store. The mini boat features an aluminum frame with a 26cc two-stroke engine that’s perfect for the next generation of young boaters in Australia. Or really anywhere, for that matter.

Just look at this little boat cruise around! It looks like an absolute blast. Sure, it may not be the most souped-up ride of all time. It’s no high-speed jet ski or anything like that. I mean, I guess jet skis are cool and all, but if I had a badass mini boat like this when I was a kid? Forget about it. I’d be riding around the swimming pool on hot summer day after hot summer in that thing until the sun went down.

Ok, so my family didn’t own a pool when I was a kid (they still don’t), but give 8-year-old me a replica Lewis like the one in the video, and I am taking that thing to the public pool every day, rain or shine, and forcing all the other kids to eat my wake. What I’m saying is that this low-cost jet ski alternative is the ultimate pool/lake toy and everyone needs one.

Now, excuse me while I somehow dig up this guy’s email address and get him to build me my very own mini ski boat.