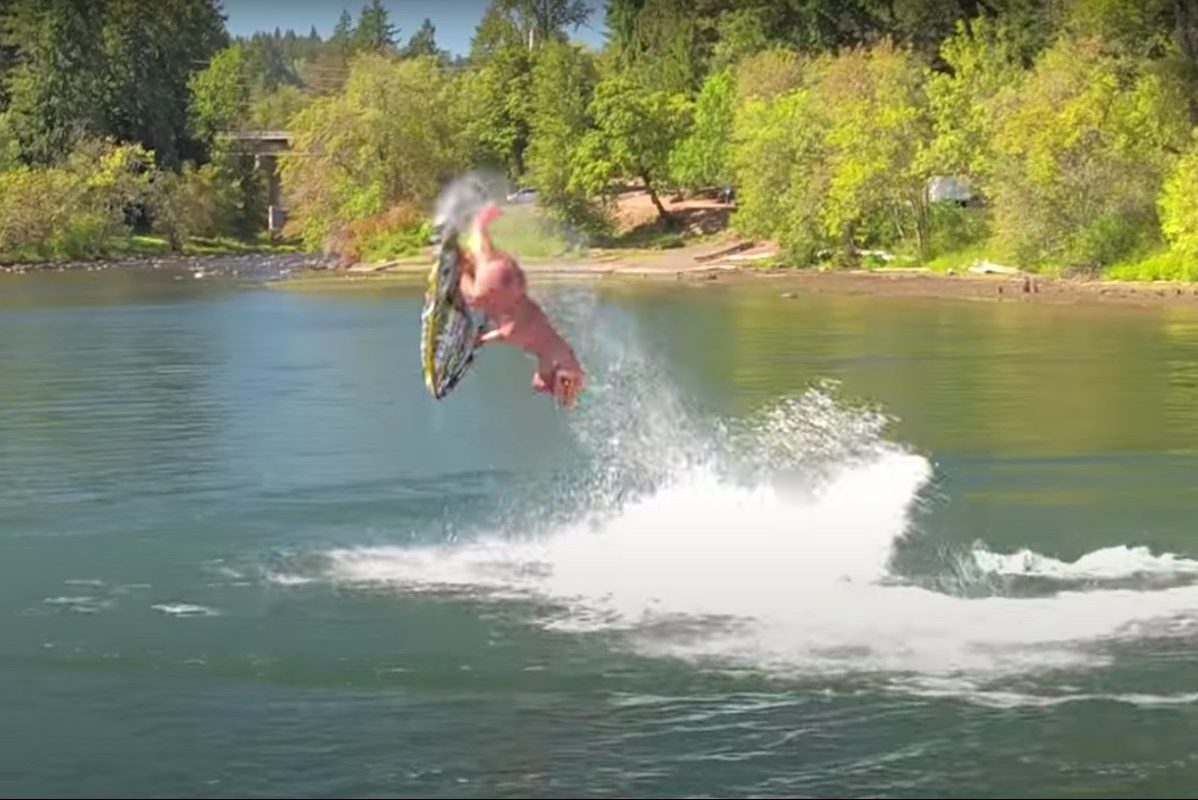 Back in September 2016, professional jet skier Mark Gomez teamed up with friend and fellow Guillermo Casas for a stunt performance that’s straight out of the Cretaceous Period.

Donning one of those ridiculous T-Rex costumes, Gomez made quite a few waves in the Pacific Northwest. Casas and Gomez had both just competed in that year’s Blowsion Surf Slam competition, so the opportunity was ripe for some epic jet skiing shenanigans.

While Mark had the idea to do something with the T-Rex costume for quite some time before the video, it all didn’t become a reality until Guillermo got involved. Here’s a look at how the whole thing came together.

“Guillermo, was down to launch the drone that he had brought with him from Costa Rica (where he resides) to film a session with Gomez and see what happens,” reads the description of the video, which was uploaded on the RIZNWILD YouTube channel.

“Gomez knew he wanted to incorporate his passion for jet skiing into it, of course. Gomez, being the pro he is, just needed to go out and do what he loves, while Guillermo does his thing with the drone. All in all, this was a unique experience, as the lake was mostly empty, and they had the whole cove to themselves which is always a plus when filming.”

And, the rest is history!

Even with the big and bulky costume on, Gomez effortlessly flips his jet ski and pulls off some insane jumps. The stunts are awesome by themselves, but the way the T-Rex’s head flops around during the whole spectacle makes it even better. Well done, guys!