Every now and again, an American auto company just absolutely friggin' nails a sports car, and then names it after a snake. Because, duh, do it for Dale!

The Dodge Viper was the brainchild of Detroit automotive guru Tom Gale, who worked as an engineer at Chrysler until 2000 and presented such concept cars as the 1993 Chrysler Thunderbolt, 1995 Atlantic, and 1997 Phaeton. Oh, and he's also the guy who designed the Diablo. That means that one man designed a devil and a snake car. That's boss level, book of Genesis type stuff right there. If there is a god, his name is Tom.

Going through a number of different variants like the Dodge Viper SRT10, the ACR, and the Viper GTS coupe, the Viper was a big win for the Dodge brand and had a great 25-year run, if you don't count the random times Chrysler was all like, "Our car is super popular and awesome. We should pull it as a street-legal production car, so no one can buy it." You've got one job, Chrysler. It's making Vipers. You should be doing nothing else! Get it together!

Anyway, the car saw a huge evolution from bare bones death machine to something that actually bordered on the luxury side of things, but with just so much power. The Viper is the car every '90s child still dreams about. Hopefully, 2017 was just the start of another hiatus and not the end for the snake car. It's not likely that it comes back, but hey, we can dream can't we? 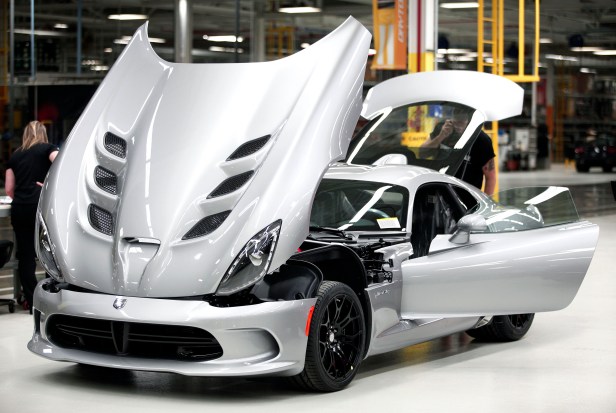 DETROIT, MI - MAY 08: A Dodge Viper awaits a procedure after going through assembly at the Viper Assembly Plant May 8, 2015 in Detroit, Michigan. (Photo by Bill Pugliano/Getty Images)

Here, we'll go through the five generations of the Dodge Viper and see how it evolved through time.

The Dodge Viper SR 1 is the first generation of the Viper, which later went on sale as the Dodge Viper RT/10 Roadster for the 1992 model year. Speaking of the '90s, the model came with no air conditioning. There were no airbags (for weight reduction purposes). No traction control or anti-lock brakes. No power windows. Instead, they were made from vinyl and used zippers to open and close, like the Jeep Wrangler.

The second-gen model saw the introduction of the GTS coupe body style. Styling aside, this iteration saw a slight increase power-wise (from 400 to 450 horsepower), but it also was the first Viper that came with airbags, air conditioning, power windows and power door locks as standard equipment.

Two special editions came out during this generation: the Dodge Viper ACR and the Dodge Viper GTS-R. Introduced as an optional performance package in 1999, the ACR includes a revised air intake, adjustable suspension, and removal of the air conditioning and radio. The GTS-R, on the other hand, was Chrysler's attempt to make a mark in the motorsports world.

Renamed the SRT Viper in 2002, the third-gen Viper got a massive performance upgrade. With the engine displacement being increased from 8.0 to 8.3 liters, the Viper's engine also churned out a maximum power output of 500 horsepower and 525 lb-ft of torque. A six-speed manual transmission was also introduced. The coupe version was introduced in 2005, and it packs of 510 hp and 535 lb-ft of torque.

With a McLaren-developed 8.4-liter V10 engine churning out 600 horsepower at 6,100 rpm and 560 lb-ft of torque at 5,000 RPM, the fourth-gen Viper roadster can do 0-60 in 3.79 seconds, 0-100 in 7.6 seconds, and boasts a top speed of 202 MPH. In a track performance organized by Car and Driver, the Viper roadster beat out such cars as the Chevrolet Corvette Z06, the Ford GT, and the Nissan GTR by putting out a sub-three minute lap time at Virginia International Raceway. 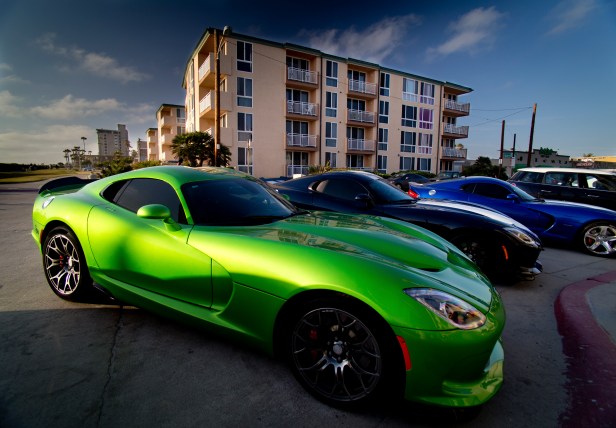 During the development of the fifth and final Dodge Viper generation, Chrysler became Fiat Chrysler (FCA). Unveiled at the 2012 New York Auto Show, the Dodge Viper was rebranded as the SRT (Street and Racing Technology) Viper GTS. However, it was renamed the Dodge Viper in 2015, during which time the engine was boosted from 640 to 645 horsepower, giving an improved fuel economy of 20 mpg.