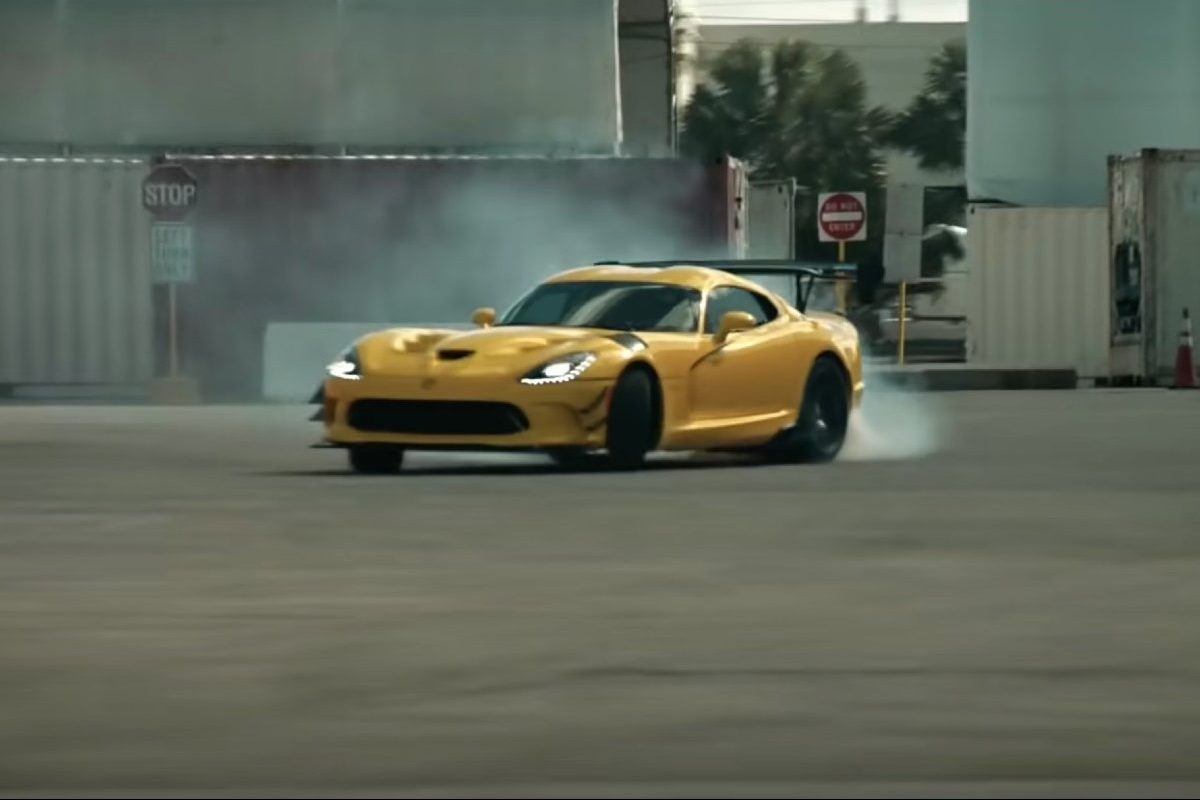 “Professional driver on a closed course. Do not attempt.”

The only problem is that, by the time that warning flashes on the bottom of the screen, the audience really, really wants to attempt.

Reaching top speed in a Dodge Viper is something that’s likely on many, many bucket lists. Unfortunately, there hasn’t been a brand new Viper on the streets since the 2017 model year. Watching “The Last Viper” awakens a deep, carnal thirst for speed, as Pennzoil pays homage to the Dodge Viper in the best possible way: Watching it ooze raw horsepower while drifting and burning over city streets, bridges, and highways.

So, what are we supposed to do in the absence of the Viper? Drive a Fiat and make “vroom vroom” noises? Perhaps a little reflection on the 2017 Viper will whet our appetite for the late, great sports car.

The Dodge Viper is part sports car, part race car, and part spaceship. It was too good for this world, and now it’s no longer in production. While some drivers say the Chevrolet Corvette Z06 of the same model year is just fine, and others sided firmly with the 2017 Porsche 911, the Viper is special.

Everything about it is pretty amazing. Consider, if you will, the 8.4-liter V10 engine under the hood. Paired with a Tremec 6-speed manual transmission (with overdrive), drivers have 645 horsepower and 600 lb/ft of torque at their bidding. Sure, the rear wheel drive coupe consumes Premium fuel with gusto, cranking out a maximum of 19 mpg highway, but to feel the rush of pure acceleration and watch the red interior lights get brighter and deeper as the gears climb makes the fuel economy a worthy price of admission.

The 2017 model year features just four trim levels: the SRT, the GTC, the GTS, and the ACR, which is basically a race car. But those in the know glanced over the regular trims to the special editions, of which there were six very highly coveted options in honor of the vehicle’s 25th anniversary.

In order to understand the Viper, it’s best to start with the basics. While no special editions were offered at this trim, the SRT starts the party off right, with pricing that made it relatively economical for a sports car of its class at the time. MSRP for the SRT was set at $87,895 in 2017, and for that price, drivers got a whole lotta car.

The SRT isn’t just a very pretty face, she’s been given street smarts, as well. Though the base model, this trim is balanced and ready to perform, with electronic stability control and traction control that makes drifting and cornering exactly as thrilling as it should be.

The Viper GT was dropped for the 2017 model year, so the GTC is where things start getting fun. As in, the Viper Snakeskin Edition is available at this trim level fun. 25 of these special models were made, and all 25 sold immediately.

Clad in green paint with an all-black interior, this special edition includes an aero package, which gifts the coupe with a coveted selection of goodies: a carbon-fiber wing, diffuser, louvered hood, and an extendable front splitter.

The Dodge Viper ACR is where things get super serious. ACR stands for “American Club Racer,” so this vehicle is an investment in speed and performance, with some of the more elite editions featuring a model year MSRP hovering around $120,000.

The standard-issue ACR is nothing to sniff at, with its Brembo brakes and Bilstein coil-over racing shocks. It’s not for grocery runs, unless you need to hit a lap record of 1:28.64, which the ACR set at Laguna Seca Raceway on October 28, 2015.

In fact, the Viper 1:28 Edition ACR pays tribute to that particular record, celebrating in a fancy black exterior with painted rear wing and red stripes. The aero package and carbon ceramic brakes are also on board with this model, making it an equal display of function and beauty.

The VooDoo II Edition ACR also has a black exterior, but the difference is in the red tracer outline with graphite metallic ACR driver’s stripe.

A Snakeskin Edition ACR joins the lineup. Like the Snakeskin Edition GTC, the ACR version has a bright green exterior with a snakeskin patterned stripe, but adds special badging on the instrument panel. The Extreme Aero package is also part of the offerings here, with an adjustable dual-element rear wing, rear carbon fiber diffuser, detachable carbon fiber front splitter extension, and four dive planes that served to provide more downforce.

More Things to Love About the Dodge Viper

The Viper doesn’t JUST go from 0 to 60 miles per hour in three seconds. Sure, she can go from 0 to 100 in less than 12 seconds, making us all envious of the professional driver on the closed course. But, the Viper is still a car, after all.

The two leather seats offer plenty of room, which is definitely not standard in a sports car. For anyone who has ever folded themselves into a Chevrolet Corvette (or more specifically, unfolded themselves after a long day at the track), this extra space is bliss. It’s intelligently equipped with driver side and passenger airbags. Even the SRT trim features a 12-speaker Harman Kardon audio system with touch screen.

If all of that isn’t incentive enough to buy the race ready coupe that dreams are made of, there’s also a 60,000 mile/5-year warranty on the drivetrain, with 60,000 miles and five years of roadside assistance to boot.

So, when we watch that bright-yellow beauty drift and burn between shipping containers in “The Last Viper,” longing to be that driver on that course, remember that the dream could just come true. Dodge Vipers are still out there, lying in wait. And maybe… just maybe… if we’re lucky, they’ll come back to us.