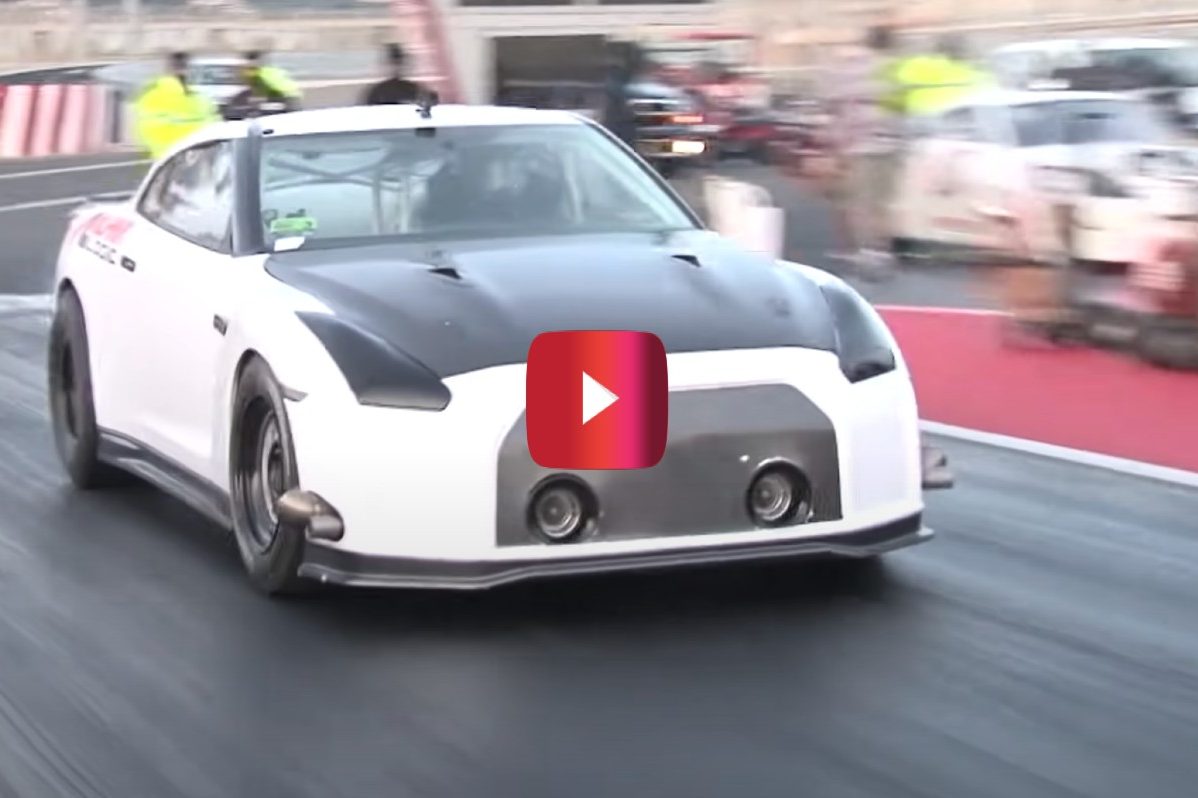 The Nissan GT-R was pretty much made to absolute dominate in drag races. At its stock specifications alone, the GT-R’s 3.8 L VR38DETT twin-turbo V6 can put out a ridiculous amount of power, and Nissan has boasted that the sports car can reach a top speed of 196 MPH and go from 0-60 MPH in only 3.2 seconds with the right modifications.

Sure, those specs are pretty ridiculous and all, but renowned GT-R tuning shop Alpha Logic took a gander at those numbers and were like, “Hold my beer.”

As the exclusive dealer of AMS Performance products in Dubai, Alpha Logic knows high-performance products and customization like nobody’s business. And they have put that knowledge to good use time and time again. But, don’t just take our word for it. Check out the below video to see what breaking the GT-R quarter-mile world record looks like.

Reaching speeds of 232 MPH, the GT-R cleared the quarter-mile drag strip in only 6.58 seconds, breaking the previous quarter-mile record of 6.85 seconds. Which, as it turns out, was also set by the good people at Alpha Logic. Yeah, these guys definitely know what they’re doing.

The quick video posted by Alpha Logic doesn’t lay out exactly what the souped-up GT-R is working with, but as Road and Track estimates, this beast is churning out around 3,000 horsepower. That’s not a misprint. Your eyes are not deceiving you. That’s a three followed by three zeros. Oh, you thought these folks were messing around? Shame on you.

Who knows how long this quarter-mile record will last? Records were made to be broken, and the Alpha Logic team is probably already back in the shop working on a beastlier beast than the beast you just saw.