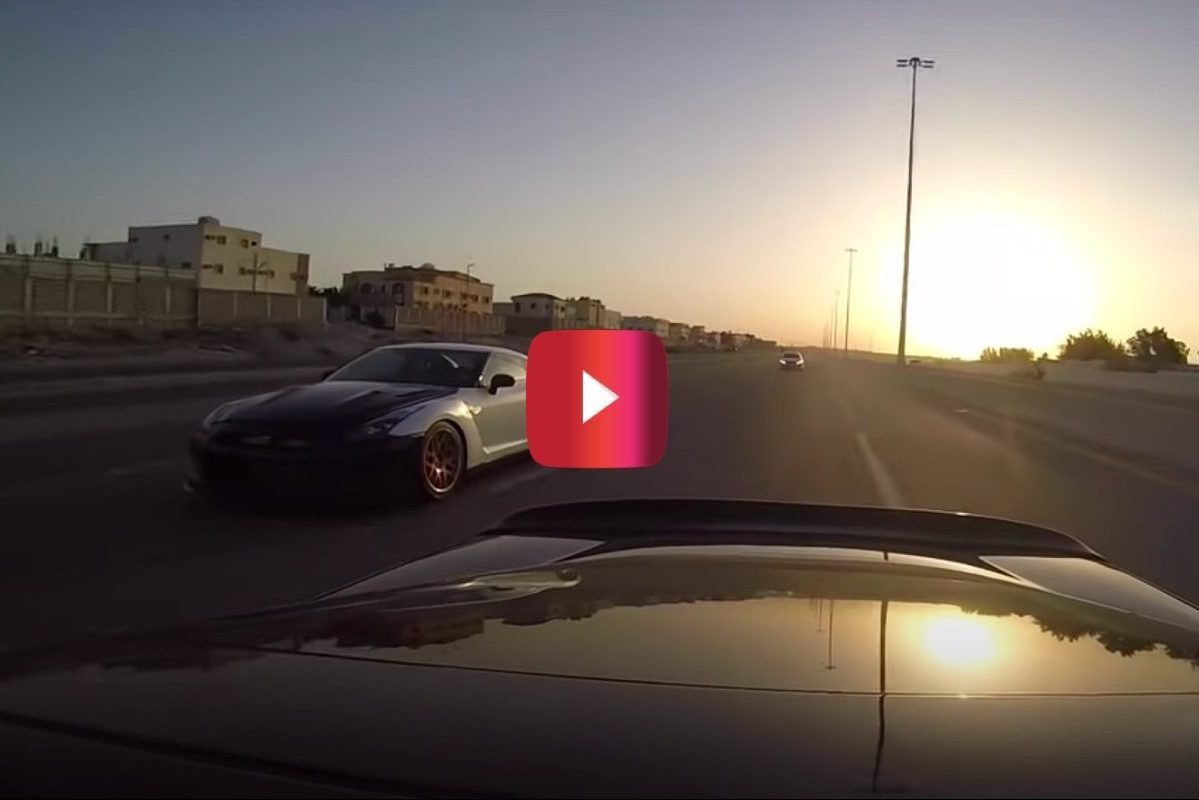 Anytime you pit two souped-up sports cars against each other in a street race, it’s bound to make for a must-watch moment every single time. It’s just a scientific fact.

A 1,400-horsepower Corvette C6 Z06 and a 1,170-horsepower Nissan GT-R squaring off in a street race is cool enough on its own, but when you stage that race down an amazing stretch of road at sunset, it takes the whole shebang up to 11.

According to the video description, this is “the most anticipated street race in the region!!!” Now, it would probably help to know what exact “region” it is they’re talking about. Also, I don’t know how they would really be able to prove just how anticipated the race was, but the three exclamation points at the end there definitely has me sold. That’s what you call solid marketing.

Anyway, just watch these two turbo-blown beasts knuckle it out in a straight line reaching speeds over 100 MPH in seconds. Then you can judge just how sweet of a race it really is for yourself.

Read More: Who Will Win in This Tug of War Match-up Between a Chevrolet Corvette Z06 C5 and a Ford Mustang GT?

In case you didn’t know, it’s not exactly street legal for cars to be packing horsepower in the four digits. Which makes this outlaw street race all the more epic. While the Chevy Z06 is working with a 6.0-liter sleeved block, an F1X ProCharger, and nitrous, the GT-R is packing some serious heat of its own.

Not to sound cliche and compare every awesome street race we see to the Fast and the Furious, but this really would make for an iconic moment on the big screen.