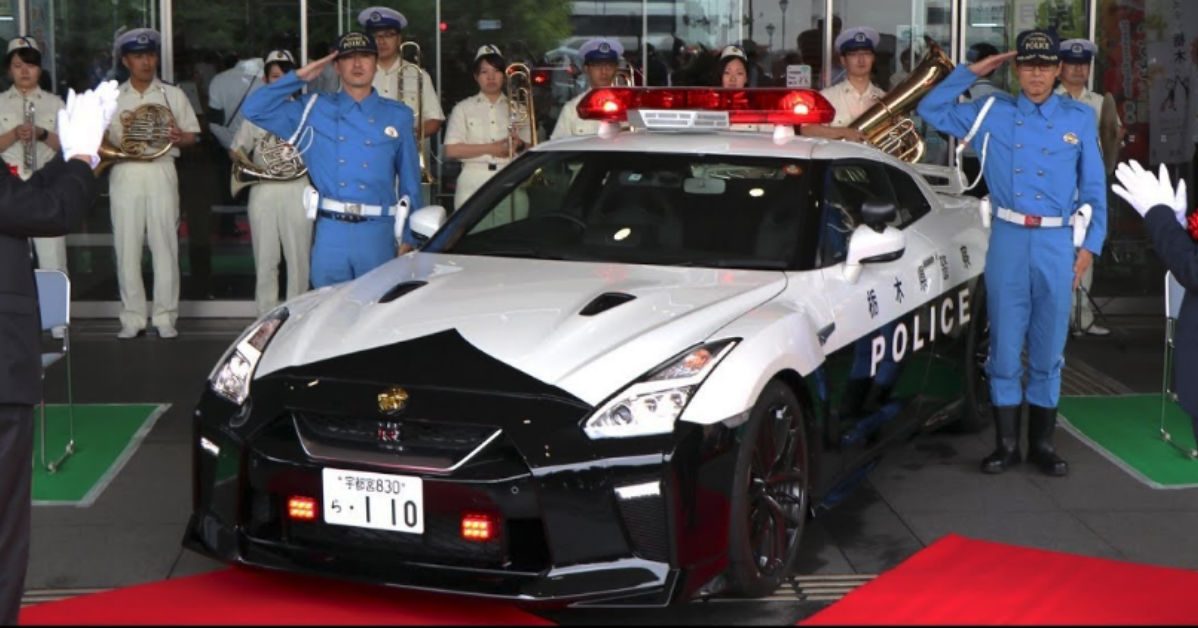 When it comes to their pursuit vehicles, the Japanese police tend to be outfitted more like a team of street racers out of the latest Fast and Furious movie than your average American police force.

And, thanks to a generous donation, it looks like they’ve added another slick-looking ride to their arsenal: the new Nissan GT-R. Forget a press release. Call 911, because this new GT-R is packing some serious heat.

Per The Japan News:

The Tochigi prefectural police unveiled the latest version of the Nissan GT-R top-class sports car, made over as a police car, on Friday. It is the first time for the model to be used as a police car in Japan.

The R35 version of the sports car, which began police work this month, was donated by a company executive from Tochigi city.

The 64-year-old company executive who donated the car said, ?I hope the car is used for preventing traffic accidents.?

To be honest, the 565-horsepowered Nissan R35 GT-R is probably more likely to face off in a street race than it is to prevent an accident, but here’s to wishful thinking on the new car.

A Brief History of the GT-R

The GT-R, which stands for Gran Turismo Racer, (not to be confused for the video game) was first produced as a base model between 1969 and 1974 and then again between 1989 and 2002 as a high-performance model of the Skyline coupe called the Nissan Skyline GT-R. In its current iteration, the GT-R exists as a standalone model and shares actually very little with the Skyline.

Nicknamed Godzilla, a moniker originally bestowed upon the Skyline back in 1989, the GT-R is four-wheel drive with a twin-turbo v-6 and incredible exhaust system.

In 2015, Nissan introduced the GT-R NISMO, which has close to 600 horsepower. Another tricked-out GT-R production model is the Black Edition, and though it is about the same mechanically as the GT-R, it also comes with 20″ RAYS rims, Recara racing seats, and a carbon fiber spoiler.

Then, there’s the Nissan GT-R Nismo GT3. Specifically designed as a race car, this sick ride is outfitted with a twin-turbocharged V6 engine, making it an absolute beast on the racetrack. Let’s just say that it’s not exactly known for its fuel economy.

With several other top-of-the-line production models, it’s clear that the GT-R was designed with one thing in mind: pure, unadulterated speed.

Read More: 0-60, All-Wheel Drive Epicness Caught on Video: Ford GT vs. Lamborghini Murcielago Is One Hell of a Clinic on Launch Control