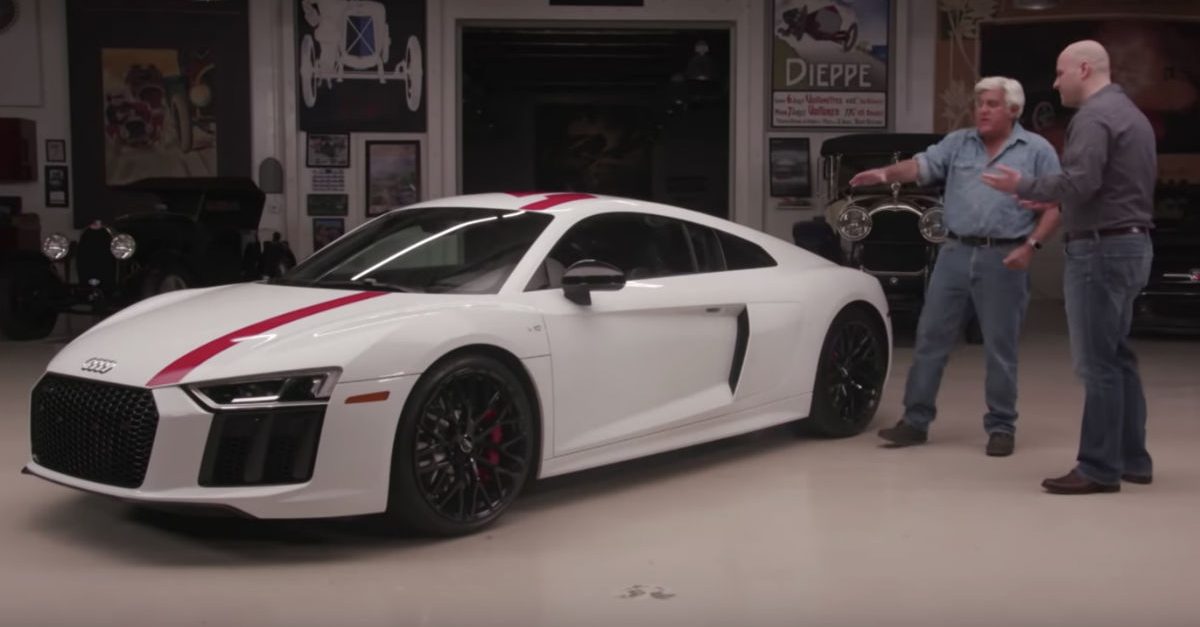 You could say that Jay Leno has two major loves in life: comedy and cars.

While the former host of The Tonight Show isn?t in the show business spotlight quite as much as he was when he was one of the greatest hosts of American late night television, he?s gotten to showcase his love of new and classic cars now more than ever before with his CNBC TV show Jay Leno?s Garage.

Such sleek rides as the 2015 Porsche 918 Spyder, the 2019 Corvette ZR1, the 2017 Bugatti Chiron, the 2018 Lamborghini Huracán Performante, and the 2018 Dodge Demon have all graced Leno’s famous Big Dog Garage near Hollywood, California.

Needless to say, the former late night show host has yet to meet an over-the-top hot rod or sports car that he hasn’t liked, and in a new episode of the special web series version of Jay Leno’s Garage, Jay Leno drives a 2018 Audi R8 V10 RWS.

Talk about an awesome ride! The racing stripe is definitely a design of the times in a good way.

If you’re interested in checking out more high-octane fun featuring Jay, the newest episode of his CNBC show (which aired on June 7) had him cruise around in one of the most iconic movie cars of all time: the Delorean from Back to the Future.

Great Scott! Let’s just say that Leno really knows how to drive in style. Is that one of the keys to happiness? Probably not, but for every child at heart, getting away in a ride like this is the essence of cool.