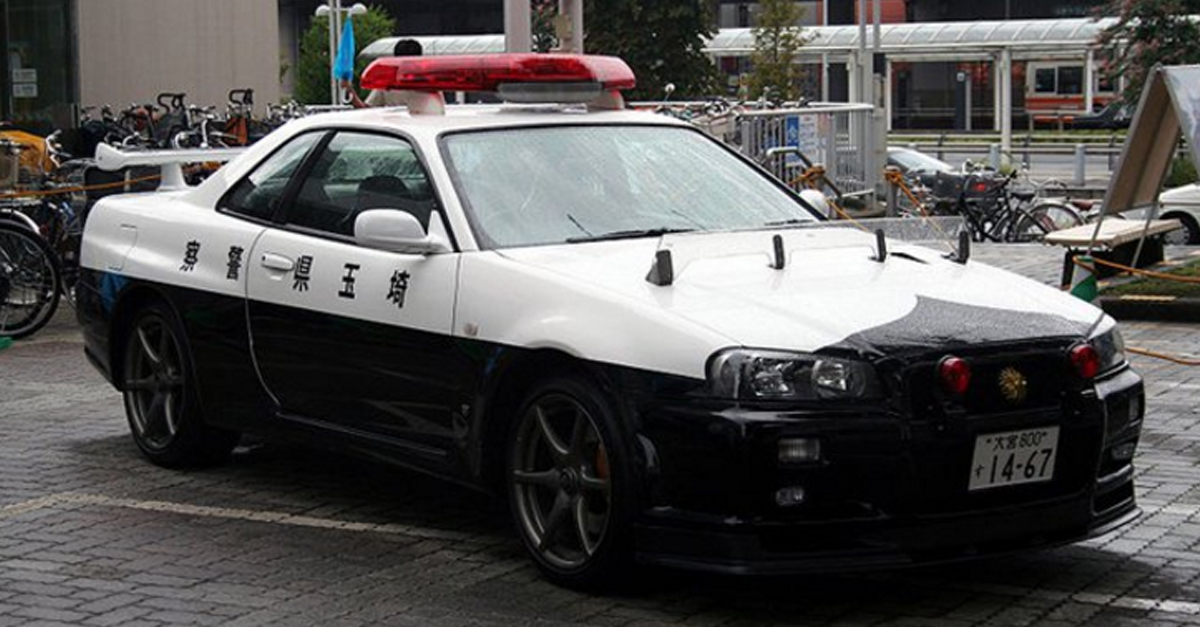 It’s been rumored for a while but now it’s finally been spotted! Japanese police have at least one Nissan Skyline in their fleet! It’s a R34 GT-R police car so you know it’s sporting that AWD along with a turbocharged six-cylinder engine. It produces 276 horsepower and can allegedly hit 186 MPH. Most Japanese police cars are dull old Toyota Crown sedans but this Skyline is representative of their fleet of pursuit vehicles that also include Mazda RX-y’s, Honda NSXs and Nissan Z cars.