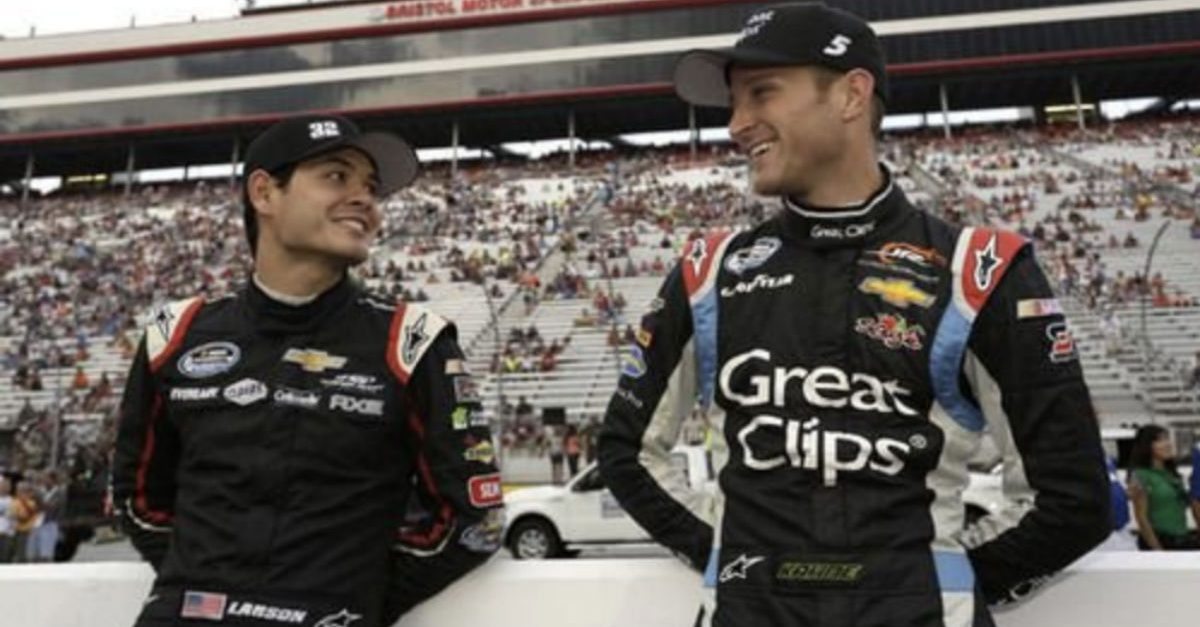 This past week has been one full of goodbyes in the NASCAR world, with Elliott Sadler and Kasey Kahne both announcing their impending retirements within a day of each other.

While Sadler’s decision to hang it up wasn’t all that shocking to those in the know, Kahne’s retirement announcement took many by surprise. Even Kahne’s good friend and fellow NASCAR driver Kyle Larson was taken aback by the news, which he admitted during a Thursday interview at Bristol Motor Speedway.

Wish you the best buddy! 2019 World of Outlaws Rookie of the Year sounds pretty cool. https://t.co/jKXw7BoFzQ

“I was kind of caught off guard by it,? Larson said, according to NASCAR.com. ?I spent a whole week with him in Knoxville and he never mentioned anything about that. So yeah, a little surprising but I think in his situation with having [his two-year-old son] Tanner and wanting to spend more time with him, it?s going to be a lot of fun for him ? as well as he?ll get to race a sprint car a bunch. He loves doing that and loves trying to figure out how to make his car go faster and being his own crew chief over there is a lot of fun for him.

?I?m excited for him because I know it?s going to be a fun change for him. He?s just going to enjoy life a lot more than he already does.?

Tanner just had to get in car with me Thursday while warming engine. Doesn’t look so excited once he got in 😂 900HP

Kahne, who currently sits at 28th in the standings and who has 18 total wins in his 15 years as a Monster Energy Cup Series driver, will continue to compete for and manage his Kasey Kahne Racing team in the World of Outlaws sprint-car race series. So he won’t technically be stepping away from racing for good, and hopefully, like Larson said, his life after NASCAR will be “a fun change for him.”