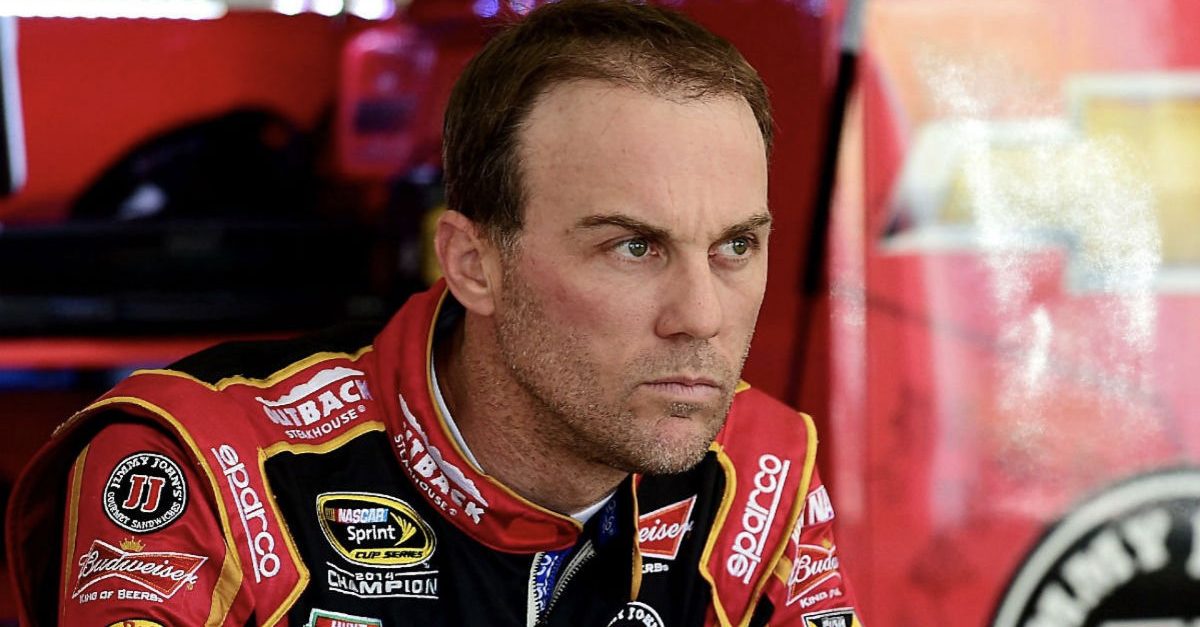 With the most wins (7) out of anyone in current playoff contention and a considerable amount of bonus points, Kevin Harvick had high hopes coming into the first Monster Energy NASCAR Cup Series playoff race at Las Vegas Motor Speedway this past weekend. However, a blown tire on lap 147 forced the Stewart-Haas Racing team member to retire early from the Las Vegas race.

Following the disappointing finish, Harvick decided to place the blame on Goodyear and their “piece of crap” tires.

“Well, there was something wrong from the time we put the tires on,” Harvick said on NBCSN television. “It was like Russian roulette every time you put these piece of crap tires on and try to drive around the race track. One time it is tight, one time it is loose, one time they are blistered. We had a great car and then you put a set of tires on it and you can’t hardly make it through the field. I just hate it for everyone on our Mobil 1 Ford.”

While Kevin Harvick’s bonus points provided him with a fairly decent cushion (a luxury not afforded to Erik Jones, who was also taken out of the race in the ensuing wreck), he said that “I am not happy about anything right now.”

A frustrating start to the #NASCARPlayoffs for @KevinHarvick.

Not even a healthy point cushion gives him any comfort at @LVMotorSpeedway. pic.twitter.com/CUQMafPUif

In response to Harvick’s slam on Goodyear, Goodyear’s General Manager of Racing Stu Grant came to the tire company’s defense.

“Our performance has been pretty darn consistent, but the conditions are extremely difficult, aren’t they?” said Grant, according to Autoweek. “The heat in the race track makes it very slippery and it makes it very important to get the car set up right.

“If you’re off a little bit off, the heat and the slippery race track will exaggerate (handling issues).”

With his sights set on Richmond Raceway and the Federated Auto Parts 400 on September 22, Harvick will need to run a solid race, faulty tires or not. But, that task will be easier said than done, as Harvick faces a stacked field capped off by recently dominant Brad Keselowski and consistent racers Martin Truex Jr. and Kyle Busch.

Harvick obviously is no slouch himself, but he certainly can’t afford another Las Vegas-esque mishap