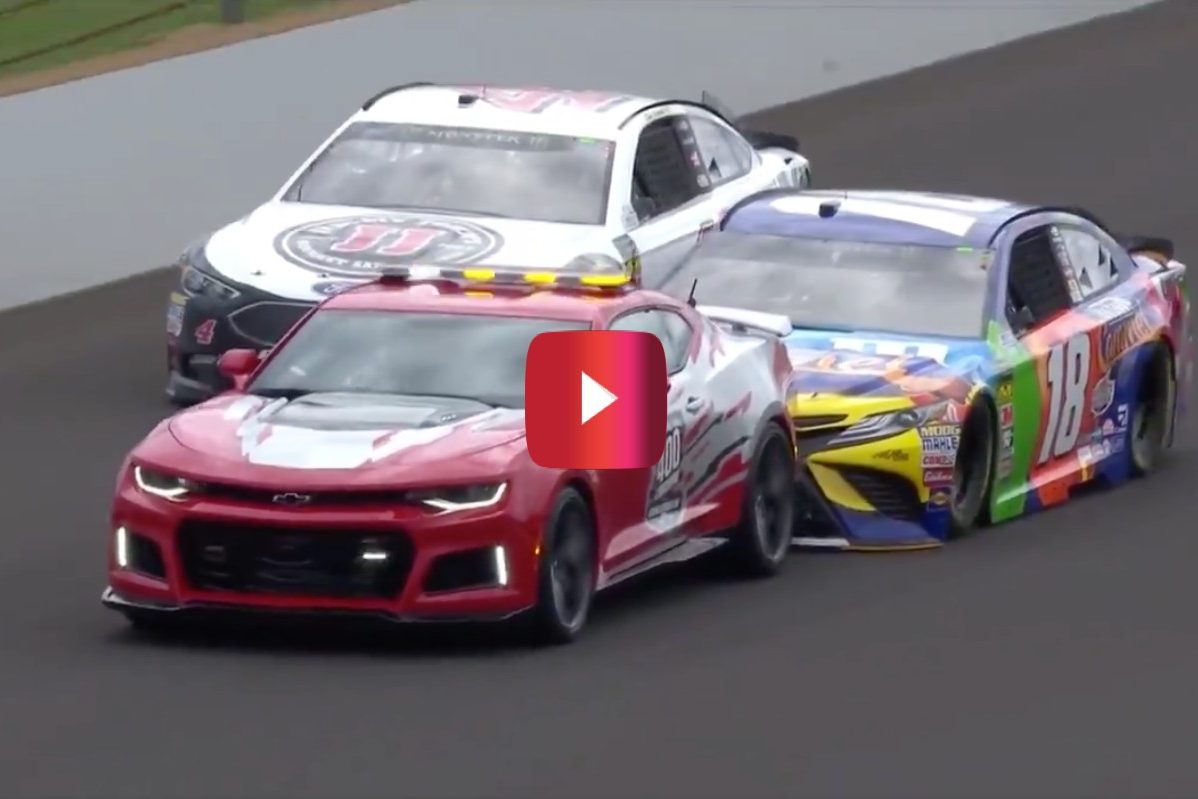 Back in September 2018, the Brickyard 400 at Indianapolis Motor Speedway may have been delayed due to weather, but Kyle Busch definitely didn’t delay in making his presence felt when he bumped the pace car driven by none other than Dale Earnhardt Jr.

Of course, it was all in good fun, and it appeared that Junior, who kicked off his live commentary duties behind the wheel of the pace car, seemed to take Rowdy’s welcoming gesture in stride.

THE BUMP AND RUN!@DaleJr is driving the pace car at @IMS, and got a bump and run from @KyleBusch before the #Brickyard400!

As it turns out, Busch has both dished out and been on the receiving end of some significant bumps this NASCAR season.

Back in July 2018, he secured victory at Chicagoland Speedway following a last-lap bump-and-run on Kyle Larson that was met with a mixed reaction from fans.

Several weeks later, Busch got a taste of his own medicine at New Hampshire Motor Speedway after Kevin Harvick bumped Rowdy late in the race to get a win of his own. As you can tell from the ensuing response from the commentary team, it was a move that got Junior just a little bit riled up in the booth.

Besides having quite the busy day on commentary at Indy, Dale Jr., who ran an Xfinity Series race at Richmond Raceway on September 21, also got to witness JR Motorsports driver Justin Allgaier win the Lilly Diabetes 250, which marked Allgaier’s second straight Xfinity series victory.

Considering that he had just recently opened up about how the number of concussions sustained during his racing days impacted his career for the worse, Junior’s probably doesn’t have more many races in him. But, you can tell that his pace car experience at IMS, Kyle Busch bump and all, certainly had him feeling nostalgic.

WATCH: Kyle Busch?s Net Worth: How the Las Vegas Native Hit the Jackpot