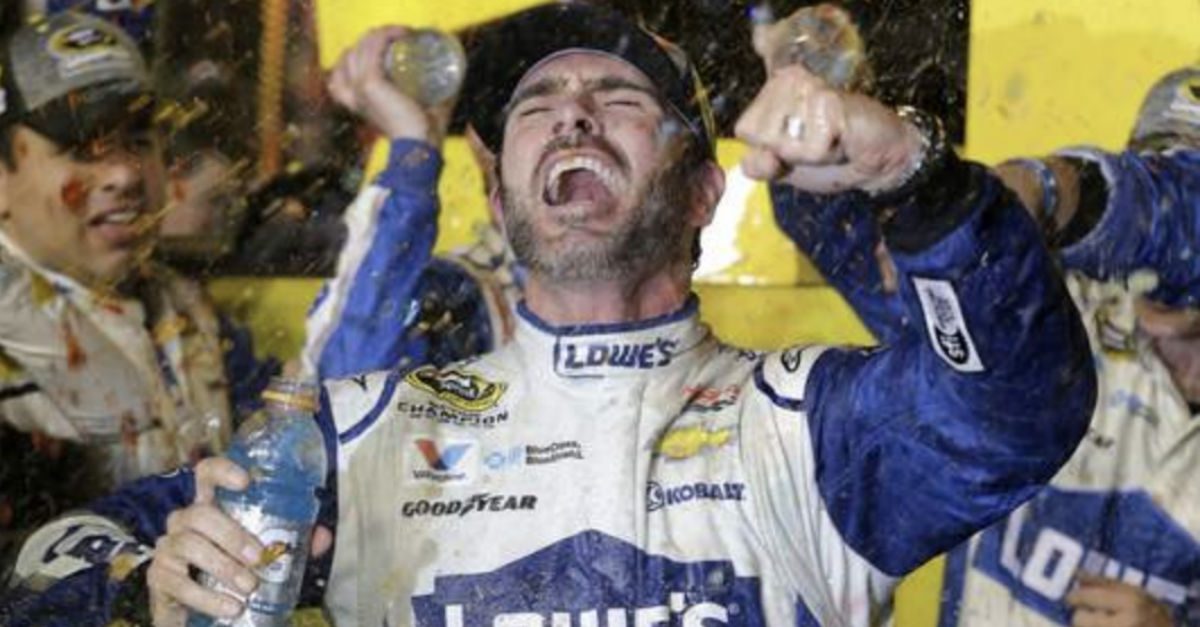 When it comes to NASCAR, Richard Petty ran the ’70s, Darrell Waltrip and Dale Earnhardt Sr. ran the ’80s, and Dale Sr. and Jeff Gordon ran the ’90s. As for the 2000s and the 2010s? Those have by and large been Jimmie Johnson‘s decades.

He won the NASCAR Cup Series championship every year from 2006-2010. He won again in 2010. Oh, and again in 2016. That makes seven championships, tying him with Petty and Earnhardt. He’s also racked up 83 Cup Series wins, making him tied for sixth on the all-time wins list. While the last few years haven’t been peak performance seasons for Johnson, he still has to be in the conversation as one of the best to ever step inside of a stock car. Yet, the seven-time champion constantly gets slept on as a NASCAR legend.

At least, if you ask Kevin Harvick.

Back in February at Atlanta Motor Speedway, Harvick touched on why he thinks Johnson is “one of the most disrespected great drivers.”

“Jimmie is one of the most disrespected great drivers that have ever come through this garage. Jimmie Johnson is just a good old fashioned great guy.”

“It isn’t like he came from a rich daddy or family that had a lot of money.”

“He came all the way up from the bottom to the top and worked hard and had a lot of success and has won as many championships as Dale Earnhardt and Richard Petty.”

“I never feel like he is on that pedestal next to those guys appropriately.”

In response to the comments, Johnson said “I certainly appreciate those kind words,” but then played the whole humble card.

“I feel like every driver probably has something that they probably deserve and something they don’t deserve along the way of progressing through this sport I’ve had my good and my bad and it is what it is,” Johnson said. “Honestly, I quit paying attention to a lot of the public opinion stuff years ago.”

“It doesn’t do me any good and I’m just going to keep my head down and keep working.”

That’s definitely a great attitude to have, especially as one of the oldest drivers in the game at 43. If he does keep his head down and keep working, and — who knows? — even earn an EIGHTH CHAMPIONSHIP, maybe then he’ll finally be a legit contender for NASCAR GOAT.