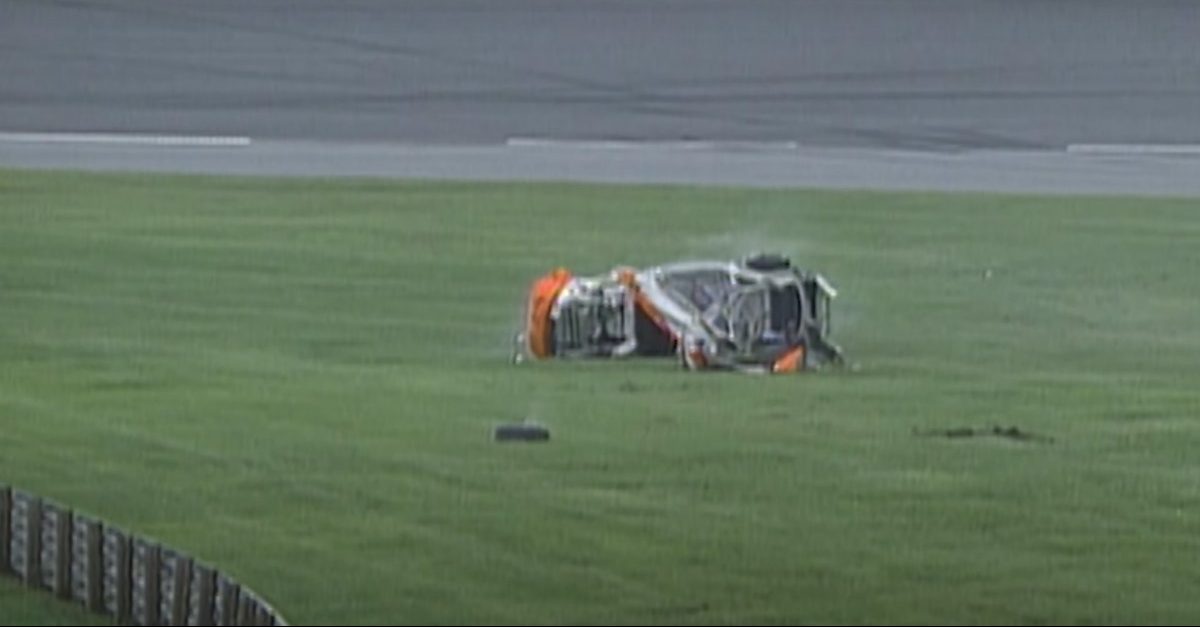 With three NASCAR Cup Series championships (back when it was the Winston Cup) and a number of other records and accolades under his belt, it’s no wonder that retired NASCAR driver Darrell Waltrip is in the NASCAR Hall of Fame and one of the most respected drivers, past or present, to race around a track in the good ol’ USA.

Waltrip has all star race after all star race on his illustrious resume, but like any well-respected driver will tell you, there are lows that usually come right on along with those highs as well as more than a fair share of bumps and bruises.

When looking back on some of the bumps and bruises of Waltrip’s career, you would be remiss not to bring up his notorious wreck at the Pepsi 400 at Daytona.

It’s hard to believe that it’s been almost 27 years since the day of the 1991 wreck, which was one of the scariest of Waltrip’s career, not to mention that it came after the previous year’s Pepsi 400 that had the Tide-sponsored Waltrip out of commission for three months with a concussion and a broken leg due to a devastating crash.

In an installment of Fox Sports’ DW Car Stories back in 2018, the NASCAR Hall of Famer recalled the famous ’91 crash and touched on how he went from never wanting to see his Western Auto Chevrolet race car ever again to having it stored in his North Carolina garage.

As you could probably guess from the footage, the whole incident gave NASCAR fans all over the United States quite a scare, yet somehow Waltrip managed to escape the terrifying wreck with only minor injuries.

It really is just a testament to the American-made grit and determination of the legend Darrell Waltrip, who currently owns Honda, Volvo, Subaru, and Buick/GMC automobile dealerships around the Nashville area in Franklin, Tennessee.