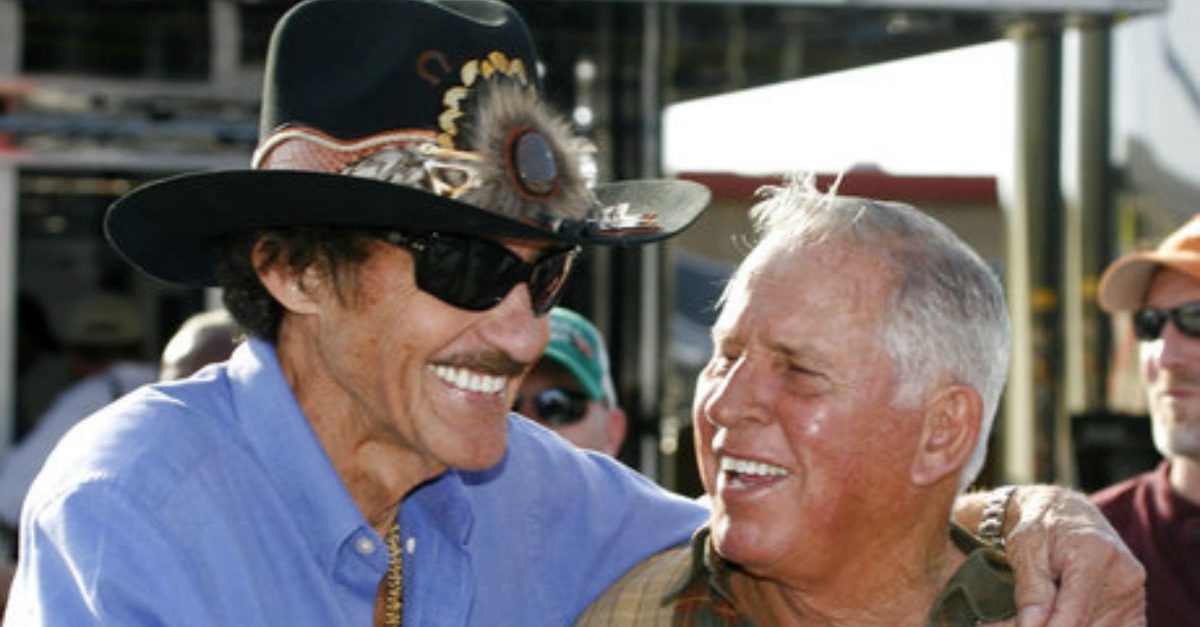 David Pearson, the NASCAR pioneer known as “The Silver Fox” for his cunning craft and a longtime rivalry with Richard Petty, has died. He was 83.

The Wood Brothers Racing team said Pearson died Monday night in Spartanburg, South Carolina, where he was born and lived most of his life. Details were not immediately available.

Unbelievably sad day today after hearing of the passing of (one of) THE ABSOLUTE GREATEST #nascar drivers. We wouldn’t be here today without him and we’re thinking of the entire David Pearson family tonight.

Pearson was one of NASCAR’s first superstars along with Petty, Bobby Allison and Cale Yarborough, and they raced all over the country as the cornerstone during NASCAR’s period of slow growth beyond a regional racing series. Pearson was a three-time Cup champion, his 105 career victories trail only Petty’s 200 on NASCAR’s all-time list, and he was inducted into the second class of the NASCAR Hall of Fame.

Read More: A Brief Look at the Career and Legacy of Bobby Allison

Pearson’s career paralleled Petty’s and the two combined for 63 finishes in which they finished first and second to each other. Pearson won 33 of the battles.

“I have always been asked who my toughest competitor in my career was. The answer has always been David Pearson,” Petty said late Monday night. “David and I battled each other for wins, most of the time finishing first or second to each other. It wasn’t a rivalry, but more mutual respect. David is a Hall of Fame driver who made me better. He pushed me just as much as I pushed him on the track. We both became better for it.”

Pearson beat Petty in the 1974 Firecracker 500 at Daytona International Speedway when Petty was glued to his bumper on the final lap. Pearson then let off the gas slightly as Petty dropped out of his wake, Petty pulled up alongside Pearson and passed him. With the finish line in sight, Pearson then used a slingshot pass out of the high banked final turn to zip past Petty and snatch the victory.

"He pushed me just as much as I pushed him on the track. We both became better for it,"- Richard Petty on David Pearson. #RESPECT

Two years later in the Daytona 500, Pearson and Petty collided near the finish line. Both cars slid into the grass, Petty was unable to restart his engine and Pearson got the win when he limped his damaged car across the finish line.

Pearson began on the short tracks of the Carolinas, graduated to NASCAR in 1960, and his championships came in the only three seasons — 1966, 1968 and 1969 — in which he competed in the entire NASCAR schedule.

I am so sad to hear about my hero and the guy I consider to be the greatest stock car driver of “all time” David Pearson passed away today, there was no one like the “Silver Fox”! RIP my dear old friend!

Pearson won titles with the Cotton Owens and Holman-Moody teams, then moved to Wood Brothers Racing in the 1970s to form one of the greatest partnerships in the series’ history. Pearson won 11 of 18 races driving the Woods’ iconic No. 21 Ford in 1973.

Pearson last raced in the Cup series in 1986 but didn’t officially retire until 1989, when recurrent back problems forced the issue.

David Pearson was one of the all time greats. Anyone who raced him will tell you he was the best. The Silver Fox lived up to his persona on and off the track. What a badass. RIP pic.twitter.com/LGGJ7ZIje9

“David Pearson’s 105 NASCAR premier series victories and his classic rivalry in the 1960s and ’70s with Richard Petty helped set the stage for NASCAR’s transformation into a mainstream sport with national appeal,” said NASCAR Chairman and CEO Jim France. “When he retired, he had three championships — and millions of fans. The man they called the “Silver Fox” was the gold standard for NASCAR excellence.”

Pearson is survived by three sons, Larry, Ricky and Eddie, all of whom have been involved in NASCAR racing. His wife, Helen Ray, died in 1991. Funeral arrangements were not immediately announced.