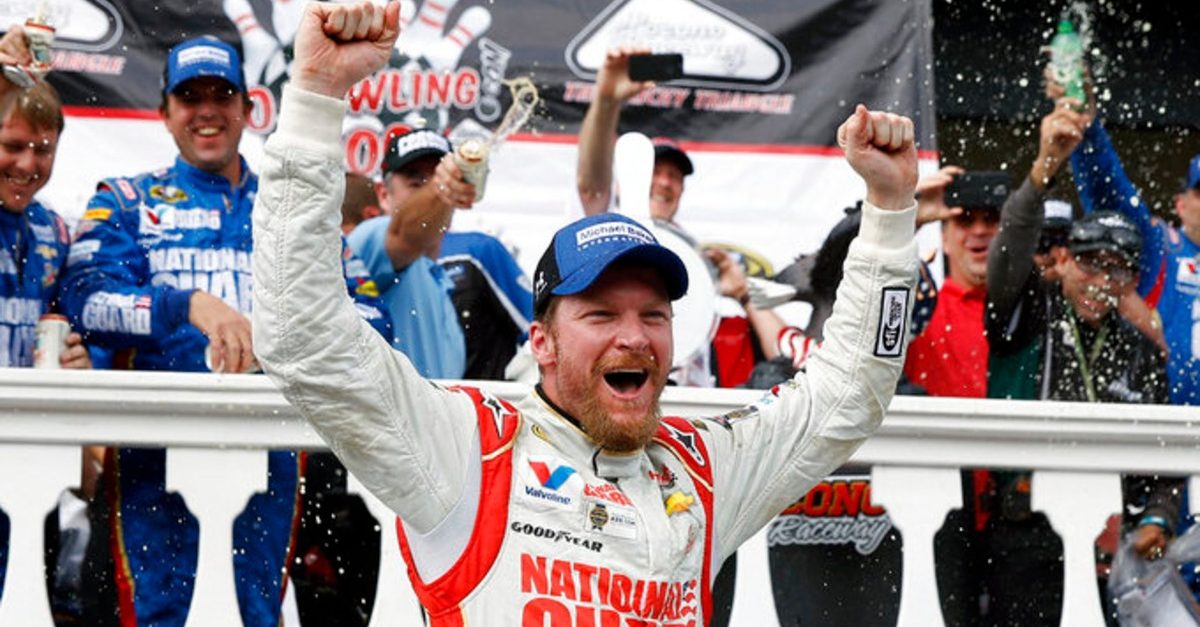 All Dale Earnhardt Jr. needed was a chance to prove he could win in stock cars.

Turns out, he was a natural ? on and off the track.

Now the longtime fan favorite and two-time Daytona 500 winner will join his famous, late father in NASCAR’s Hall of Fame after being selected as one of three members of the 2021 class. The other inductees are Red Farmer and the late Mike Stefanik. Ralph Seagraves was chosen as the Landmark Award winner.

Earnhardt Jr. received 76% of the votes in his first appearance on the ballot.

?My wife was here, my family, my sister, so surrounded by a lot of close folks,” he said on NBCSN’s announcement show. ?It was great to see my face pop up on the screen.?

Being an Earnhardt name certainly provides some advantages.

His grandfather, Ralph, was inducted into the International Motorsports Hall of Fame in 1997 and was selected as one of the 50 greatest drivers in NASCAR history in 1998.

Junior’s father also made that list. The Intimidator reached victory lane 76 times, winning a record-tying seven Cup championships and hordes of fans with his fearless style. And when Dale Earnhardt was killed in a crash on the final lap of the 2001 Daytona 500, many of his fans started rooting for his engaging son.

Earnhardt Jr. also got his first big break in 1998 when he raced full-time in the Busch Series ? for his dad. He took full advantage by winning back-to-back series titles in 1998 and 1999 before posting his first two Cup wins as a rookie in 2000.

But even without a Cup title on his resume, Junior carved out his own niche in the series.

And when he finally walked away from full-time Cup driving after the 2017 season, he earned his 15th consecutive most popular driver award.

Junior also spoke his mind and became a social media favorite and now will be part of the father-son driver tandem enshrined in Charlotte, North Carolina.

While Earnhardt will be the feature attraction at the induction ceremony, he will be honored with some other former stars.

The 61-year-old Stefanik died from injuries sustained in a plane crash in Connecticut last September and received 49 percent of the 65 votes.

Stefanik will be enshrined with Earnhardt in the smallest Hall of Fame class in NASCAR history.

?Phenomenal when you think about what he did. Nine championships,” Kyle Petty said during NBCSN’s announcement show. ?Phenomenal record, phenomenal amount of wins.?

Farmer, one of the three original ?Alabama Gang? members with brother Bobby and Donnie Allison, beat out Hershel McGriff by earning 71% of the vote on the pioneer ballot.

The news comes just days before the series races at Talladega. The 87-year-old Farmer has won an estimated 700 to 900 races in various series, though none at the Cup level, and he still competes routinely on the dirt track across from Alabama’s super speedway.

He won four Late Model Sportsmen series season titles, was named one of NASCAR’s 50 greatest drivers in 1998 and was inducted into the International Motorsports Hall of Fame in 2004.

Seagraves was rewarded for outstanding contributions to the sport after helping attract sponsors refurbish tracks in the series. He helped forge the bond between Winston and the series.