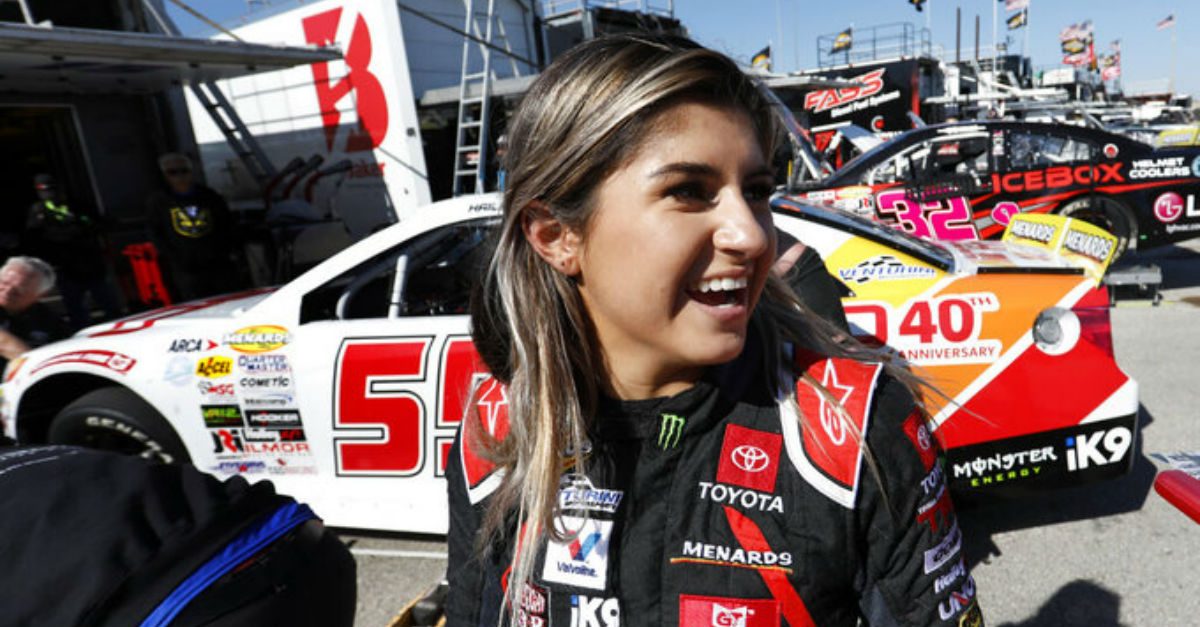 CHARLOTTE, N.C. (AP) ? Hailie Deegan, a rising 18-year-old star in motorsports, was named a development driver with Ford Performance on Tuesday in a deal that could fast-track her progression into a NASCAR national series.

Deegan spent the last two years as part of Toyota’s crowded development field before the switch. The partnership with Ford will give her numerous opportunities to race this season, including the full ARCA schedule as well select sports car events in the IMSA Michelin Pilot Challenge.

Deegan in ARCA will race for DGR-Crosley, which last week became a Ford Performance team. She will drive a Mustang GT4 with Multimatic Motorsports in IMSA.

Well its true! Couldn’t be more excited to be a part of the @fordperformance family. Gonna be racing a full season ARCA with @dgr_crosley and some @imsa_racing in 2020 as of now 😁

?Hailie has shown in her brief time behind the wheel of a stock car that she?s got what it takes to be successful,? said Mark Rushbrook, global director of Ford Performance Motorsports. ?Our goal is to put her on a path to realize our shared goal of winning championships and part of that is gaining experience on tracks such as road courses and superspeedways.?

Read More: Hailie Deegan Opens up About Why She Looks up to Kyle Busch

Deegan made NASCAR history in 2018 when she became the first female driver to win a race in what was then called the K&N Pro Series West. The California native has three wins in that series, now known as ARCA Menards Series West, in two full seasons and she finished third in this year’s standings.

Deegan this year also made six ARCA starts, with a best finish of fifth at Lucas Oil Raceway.

?It became clear quickly that I align with the Ford Performance vision of driver development and our shared drive to win,” Deegan said. ?It is also extra special to get to race with Ford, a family company, that already had ties to my family. Growing up watching my dad race a Ford, and now to be able to do the same thing is very cool.?

Deegan has never raced a Ford competitively before, but her father, Brian, drove a Ford Fiesta in the Global Rallycross Championship and won a gold medal in the Rallycross competition at the X Games in 2011. He has also driven a Ford Raptor as part of the Lucas Oil Off-Road Series.

Deegan’s debut in a Ford will be during next month’s IMSA Roar Before the 24 test session at Daytona International Speedway. It will be her preparation for the Michelin Pilot Challenge opener at Daytona on Jan. 24, where she will partner with Chase Briscoe.

Deegan joins Briscoe, Austin Cindric, Ben Rhodes and others in the Ford development program. Cole Custer came through the program and in November was promoted to the Cup Series for 2020 with Stewart-Haas Racing.

Read More: At Only 17, Hailie Deegan Is Poised to Be Racing?s Next Big Star