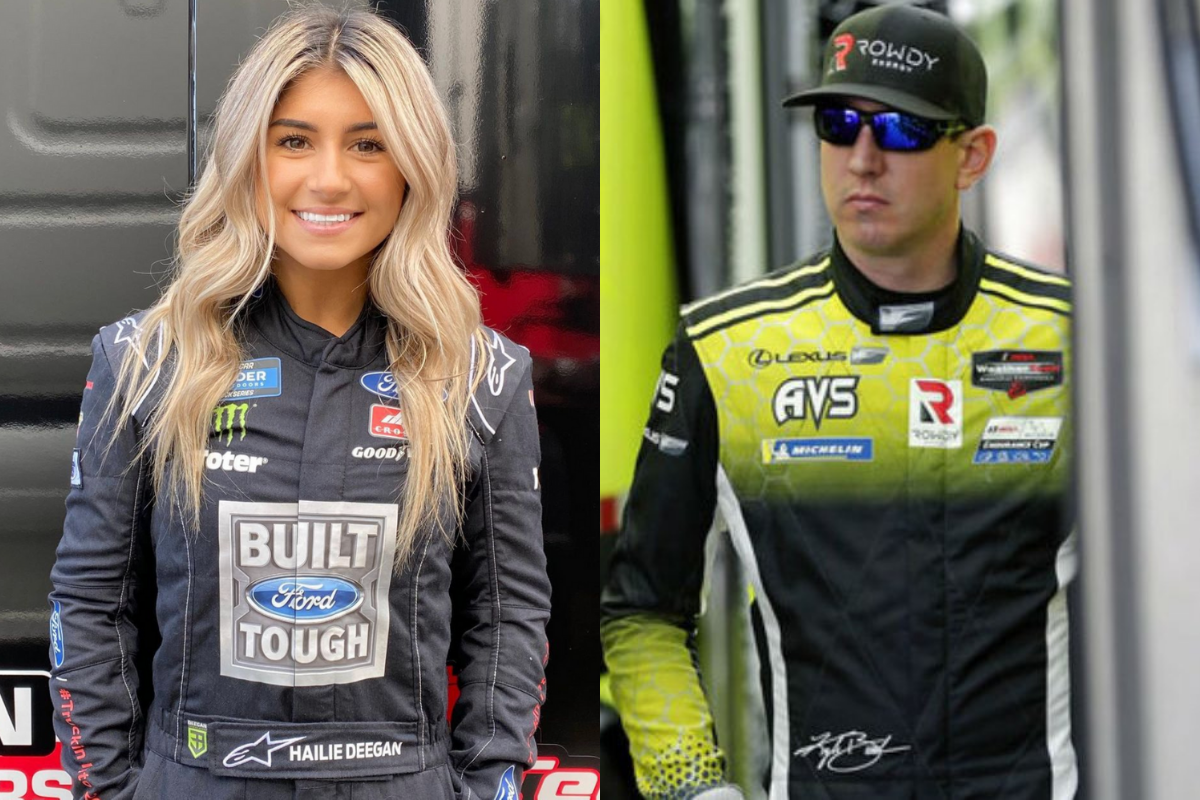 She may only be 19 years old, but Hailie Deegan has already made seriously impressive strides over the past couple years. In 2018, she became the first female driver to win a race in the the K&N Pro Series West, NASCAR’s developmental series, and finished the 2019 season with two wins and six top-5 finishes. In 2020, she was named Rookie of the Year in the ARCA Menards Series, and will run a full NASCAR Truck Series schedule in 2021.

Despite her Instagram following of over 800,000 fans, Deegan is out to prove that she’s not a model or an Instagram influencer. She’s a legitimate racer, and she articulated just that when she joined Dale Earnhardt Jr. and Kelley Earnhardt Miller for an episode of the Dale Jr. Download podcast back in 2019.

Read More: Hailie Deegan Is Poised to Be Racing?s Next Big Star

Deegan is known for her aggressive racing style, with the bump-and-run being a reliable weapon in her arsenal. So, when the conversation turned to which drivers she looks up to, she was quick to sing the praises of Kyle Busch, a guy who has been known to bump-and-run more than a few drivers in his day.

“Watching a lot of the old footage, it?s been your dad [Dale Earnhardt Sr.]. A lot of it, just watching those old races, I love the aggressive drivers. I like Kyle Busch! I love his driving style. He might not have the most positivity off the track, but I do like his driving style. And you see him at some of the tracks and just his lines he runs are just crazy ? the amount of momentum he?s able to build at these tracks.”

“Watching him in the [NASCAR] Trucks Series just blows my mind. Because you think of the heavy hitters ? you think of the Johnny Sauters, Matt Craftons, the guys that have been there for a long time ? you?re like, ‘Oh, they?re the best. You can?t get any better than that.’ And [Busch] goes out there and just whoops them all, and you?re like, ‘How did he do that? How did he just go from the back all the way back to the front and is now leading by five seconds?'”

“It?s just stuff that doesn?t happen, he can do. And so I think that?s one guy that I look up to, where I?m like, I want to have his driving style.”

Solid Kyle Busch analysis from Hailie here, particularly the “he might not have the most positivity off the track” bit. If you’ve followed Busch’s career at all and seen some of his antics over the years, you really can’t help but laugh at that line.

If Deegan keeps putting on racing performances like she has been, she could be looking at quite the successful NASCAR Cup Series career down the road. And, with a league that’s starving for star power, she could just be the one to get the sport moving in the right direction.