At Only 17, Hailie Deegan Is Poised to Be Racing’s Next Big Star 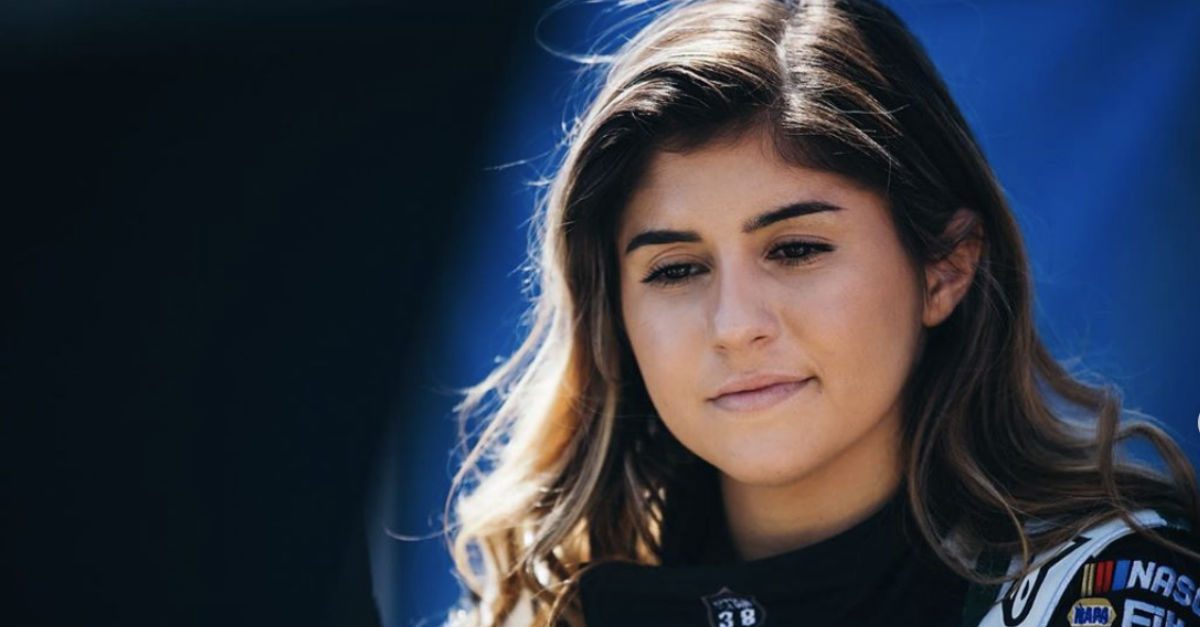 LONG POND, Pa. (AP) ? Brian Deegan can tell you about the time he failed a backflip attempt with his motorcycle for a TV stunt and crashed with such a thud that the handlebar ripped up his gut like a gunshot and he almost died.

But it’s not as scary as watching his 17-year-old daughter hop in a stock car and zip around a 2 1/2-mile track at the type of speeds that would make any dad cringe.

Hailie Deegan has given dad ? a 10-time X-Games medalist and founding member of the Metal Mulisha ? little reason to worry on the race track. All the teen sensation has done is put the sport on notice that she could be one of the next wave of stars in NASCAR ? but please, no D word.

Deegan has been a force driving in the entry-level ARCA Series (she started fourth Friday at Pocono Raceway) and has a win in each of the last two NASCAR K&N Series seasons. Like many photogenic teen influencers, she’s building her brand on Instagram (400,000-plus followers) and has already served as a guest host for NASCAR.com at Daytona 500 media day.

But as the wins and top-10s start to pile up, so do the comparisons to Danica Patrick, the last female to drive in the Cup Series. Patrick was winless in 253 races over six seasons and her NASCAR career never matched the accolades and fame she found in entertainment and other business endeavors.

“Lot of respect to Danica,” Brian Deegan said. “The more Hailie’s gone through the series, it’s almost worked against her at times. People are like, ‘Oh, she’s just another Danica. Oh, she’s going to crash.’ There’s the good and bad with that. We have a lot of respect for everything she’s ever done. As a female, she reached the highest points of racing. But there’s still room for goals to be broken. It’s going to be a long road for Hailie to be in Cup, but that is our goal.”

Hailie Deegan is bubbly at the mic and fierce behind the wheel, a win-win combination that has won her scores of fans, even with a potential Cup ride still years away.

“It’s kind of hard to handle the pressure of having to live up those expectations,” she said.

Her adventures are chronicled on the family’s YouTube channel Deegan38 which has nearly 450,000 subscribers. Brian Deegan sat in a media seat and filmed his daughter’s press conference Friday at Pocono Raceway for use in a future upload.

“We’ve had offers to do reality shows. But at the end of the day, I want to tell our story our way,” Brian Deegan said. “That’s why we do it on YouTube. Everyone has access to that.”

She was the only driver not in the Cup or Xfinity Series brought into the media center and was all smiles answering questions she’s surely heard hundreds of times before.

“She’s a female. She’s getting attention. I get it,” Brian Deegan said.

She’s keeps her goals limited to how she can improve each weekend and says she has much to learn racing against drivers with years and years of experience. Deegan is still learning the ropes of stock cars, spending time this week in the Toyota Racing simulator because, “I’ve never been on a track this big.”

“I’ve never done a draft or anything like that,” Deegan said. “That’s all new to me. I’ve got to figure it out during the race, honestly.”

Deegan, who turns 18 in July, said it would be a “big jump” to consider a full season 2020 ride in the Xfinity or Truck Series but would like to “maybe” try a few races in the lower-level NASCAR series.

She grew up going to motocross races with her dad. Brian Deegan became a cult icon for the crazy stunts he pulled on a motorcycle, to say nothing of the devastating crashes that left him with broken bones too numerous to count. She was 8 when she climbed into her own truck the first time. She won a championship and quickly moved up the ranks, reaching the pro level a few years ago.

“I wanted to her race, yes. But stock cars kind of came out of the blue,” Brian Deegan said. “The end game for a female in racing is NASCAR. It’s the biggest platform you could be in in America.”