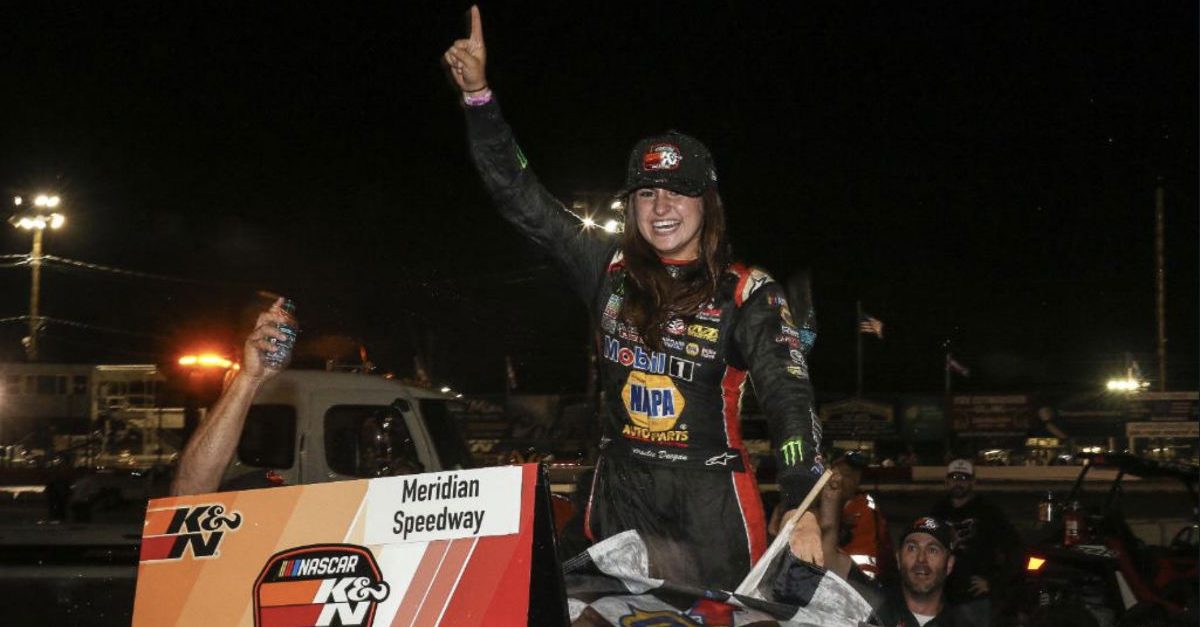 MERIDIAN, Idaho (AP) ? Seventeen-year-old Hailie Deegan used a bump-and-run on her teammate to become the first female winner of a NASCAR K&N West Series race. Her last-lap shove of Cole Rouse at Meridian Speedway in Idaho gave her the victory.

Deegan is the daughter of X Games motocross rider Brian Deegan. Her victory came in her 18th start on the NASCAR K&N circuit.

The teenager from Temecula, California, led only one lap in Saturday night’s race, the last one. Deegan had two previous runner-up finishes in the series and said after the race she had imagined the winning move the night before while lying in bed. Deegan said her plan was to nudge the leader just enough to make the driver wiggle and create room for the winning pass.

On to the next one☝️

Rouse also is seeking his first career victory. He complained Deegan got into his car too hard for the bump-and-run.

Deegan drives for Bill McAnally Racing and is leading the rookie-of-the-year standings.

“This is the happiest day of my life!”

Retweet to congratulate @HailieDeegan on becoming the first female driver in K&N Pro Series history (East or West) to win a race. pic.twitter.com/t4sO07hHOQ

Read More: This Young Woman Is the Future of NASCAR