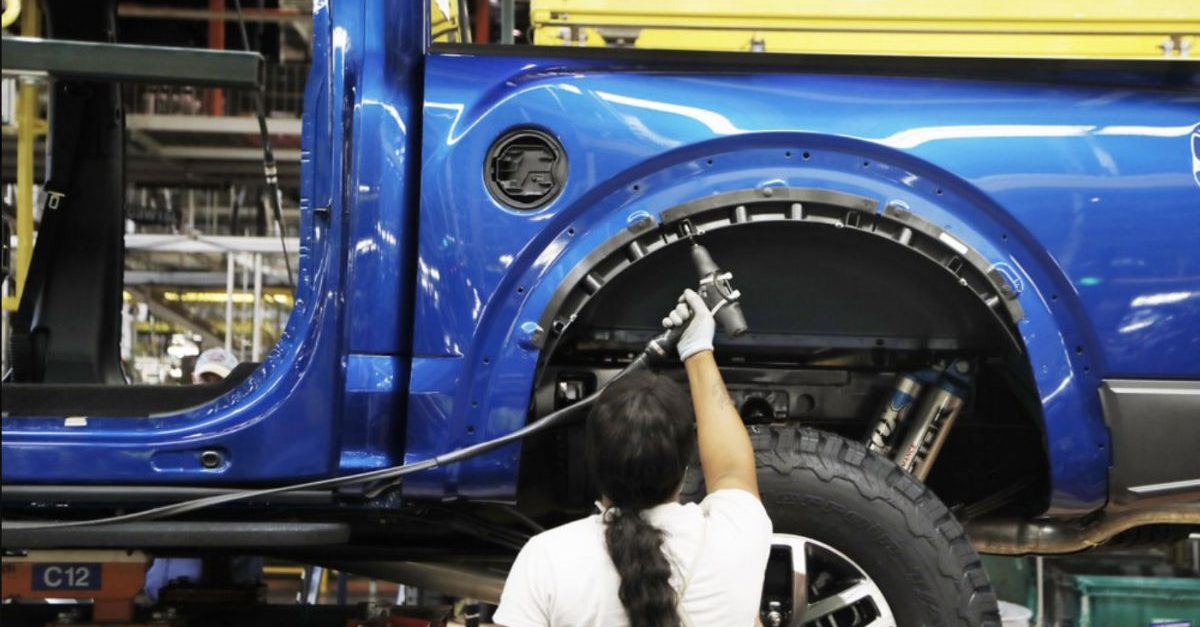 The company said Tuesday that about $750 million will go the Michigan Assembly Plant in the Detroit suburb of Wayne, where 2,700 jobs will be added during the next three years.

Another $700 million will be invested in the truck plant in Dearborn, Michigan, where 300 new jobs will be added.

Hiring will begin next year.

We’re proud to announce an investment of over $1.45 billion in two southeast Michigan manufacturing facilities. This will add 3,000 new jobs to strengthen our leadership in #FordTrucks and SUVS and support our expansion into #EVs and #AVs. pic.twitter.com/8l7G8GStUJ

The large investment comes as the U.S. new vehicle sales cycle has peaked and appears to be leveling off around 17 million vehicles per year. But Ford needs to make the investment in new products in an effort to increase market share and prepare for a shift to new propulsion and autonomous vehicle technologies.

The Wayne plant investment will used to build the new Ford Bronco SUV, as well as an all-new Ranger small pickup truck. Investment at the plant also result in a new center to modify and support autonomous and other vehicles.

Ford says the Dearborn plant will get the next generation of the F-150, as well as hybrid and electric versions of the truck. The investment includes battery assembly for the electric trucks.

The newest member of the Mustang family is here. It’s all-electric and holds nothing back. Meet the all-new #MustangMachE.

The F-150 is the top-selling vehicle in the U.S. and is Ford?s franchise, generating most of the company?s profits.

Workers at the Wayne plant will modify and finish Ford?s first autonomous vehicles starting in 2021, including the installation of self-driving technology and interiors built for autonomous travel, Ford said in a statement. The truck plant in Dearborn will build the new trucks as well as assemble battery cells into full packs for the hybrid and electric F-150s.

Michigan?s economic-development arm, the Michigan Strategic Fund, on Tuesday approved tax incentives for Ford that are worth up to approximately $35 million.