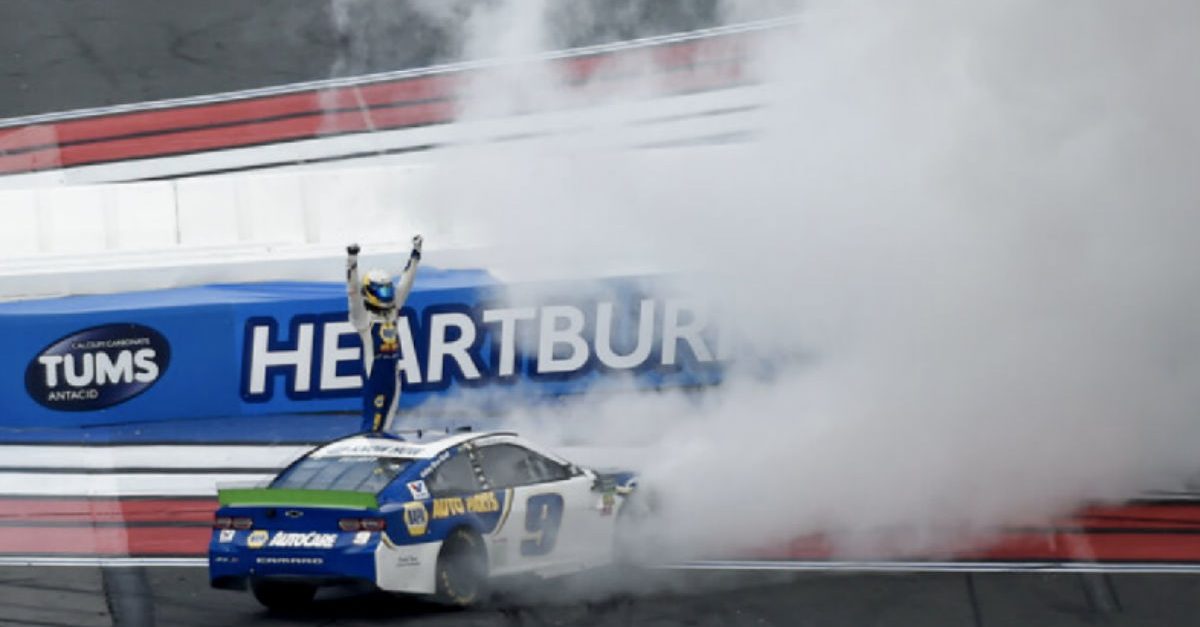 CHARLOTTE, N.C. (AP) ? Chase Elliott crashed head-on into a wall and still recovered to win a pivotal race. That wasn’t even the most exciting thing to happen in NASCAR last week.

The series so short on superstars and spicy story lines had a frenetic week surrounding the first elimination race of the playoffs at the quirky Roval hybrid road course-oval at Charlotte Motor Speedway.

Ricky Stenhouse Jr. was shockingly fired in the middle of the week to open a flurry of snarky remarks, hurt feelings and the dramatic exposure of the fragility of driver contracts.

Alex Bowman then became the story of Sunday’s race as he desperately tried to avoid elimination from the playoffs. He wrecked his fast car in the closing minute of the final practice session, spun on the opening lap, deliberately spun Bubba Wallace because he didn’t like Wallace flipping him the bird and somehow still finished second.

Bowman miraculously advanced to the next round of the playoffs ? in large part because of a rare batch of errors by challenger Ryan Newman ? and promptly slumped to the ground battling dehydration.

Wallace found him sitting next to his car, surrounded by NASCAR’s medical director and Jeff Gordon, and tossed the contents of his beverage in Bowman’s face after a brief verbal exchange. Gordon and the medical director were splashed, and fans are calling for Wallace to be suspended.

NASCAR head of competition Steve O’Donnell told SiriusXM NASCAR Radio on Monday that series leadership will have a conversation with Wallace. Who knows if NASCAR will talk with Bowman about spinning a guy who flips the bird.

Elliott, NASCAR’s new most popular driver, somehow came back to win after his very embarrassing gaffe with 45 laps remaining. He was the leader on a restart headed into the first turn when he locked his brakes and drove directly into a tire barrier as the rest of the field turned.

It should have ended his shot to win ? and he’d already locked himself into the round of 12 of the playoffs, so pushing the limit wasn’t necessary ? but somehow Elliott chased down Kevin Harvick in the closing laps to complete a comeback.

The entire weekend ? played out in sweltering, record-high temperatures at the de facto home track of NASCAR ? is what the series was like just 10 years ago. Every action on or off the track was buzzworthy, the top drivers were household names and people passionately cared about every twist and turn during the 11-month season.

Then the stars all retired, the driver market is getting a dramatic reset and fans haven’t embraced a young Bowman or William Byron or Ryan Blaney the way they did Gordon, Tony Stewart and Dale Earnhardt Jr.

The creation of the playoffs gradually diluted the importance of many of the 26 regular-season races, and fans stopped watching in droves as they tired of gimmicks, boring racing and unrelatable or unknown drivers.

Charlotte was at least one of the most interesting weekends in years, with genuine emotion and energy surrounding the sport. The playoff tension was palpable with only three drivers locked into the second round prior to Sunday. Before teams even got to the track, though, Stenhouse was dumped by Roush Fenway Racing even though he believed he was secure through 2021.

Team owner Jack Roush publicly intimated Stenhouse wrecked too much, and Stenhouse choked back tears later that day in discussing his emotional dismissal. Kevin Harvick, whose management group has taken over representation of Stenhouse, ripped the Roush organization for blindsiding his client with eight races remaining and very few seats ? good ones, at least ? available for 2020.

Drivers are working harder than ever to find rides, and the lucrative paydays have been slashed across the field. The big names still command top dollar, but Rick Hendrick proved this year you can hire young talent on the cheap and still build playoff teams as both Bowman and Byron advanced to the round of 12.

Stenhouse is now part of a free agent market in which some drivers bring sponsorship and buy their seats, while others take discounted one-year deals with very little stability for team, driver or series. Massive pay cuts are the norm for the veterans, and someone like Stenhouse is going to be lucky to find anything close to what he earned through 10 years with Roush.

Wallace, meanwhile, is driving for underfunded Richard Petty Motorsports with limited resources. He’s got the personality to transcend beyond motorsports, but doesn’t have the success to pull in lucrative sponsors.

Bowman was racing this weekend to keep his title chances intact. Wallace races each week trying to do enough to keep the doors open at RPM.

So he was ticked when Bowman spun him on purpose ? just because he took exception to the Wallace giving him the finger after being spun on the first lap.

Wallace could have retaliated at any point of the race and ended Bowman’s playoff chances. He instead waited until the race had concluded and did it face-to-face. Fans seem horrified that Wallace had the nerve to throw a beverage on a driver receiving medical treatment, and are calling for Wallace to be in very big trouble with NASCAR.

It can’t be both ways, though.

NASCAR has gone through long stretches of milquetoast racing, where nothing of significant interest happens and everyone seems to be going through the motions trying to get to the end of the season. Charlotte proved there’s still enough left in the tank to ignite the fan base and make people care about what’s happening with both the race and the business of racing.

If NASCAR could bottle the passion displayed at Charlotte and carry it week after week from February until November, it would find itself on far steadier footing. It’s important that people care about what’s happening, and Charlotte showed that many still do.