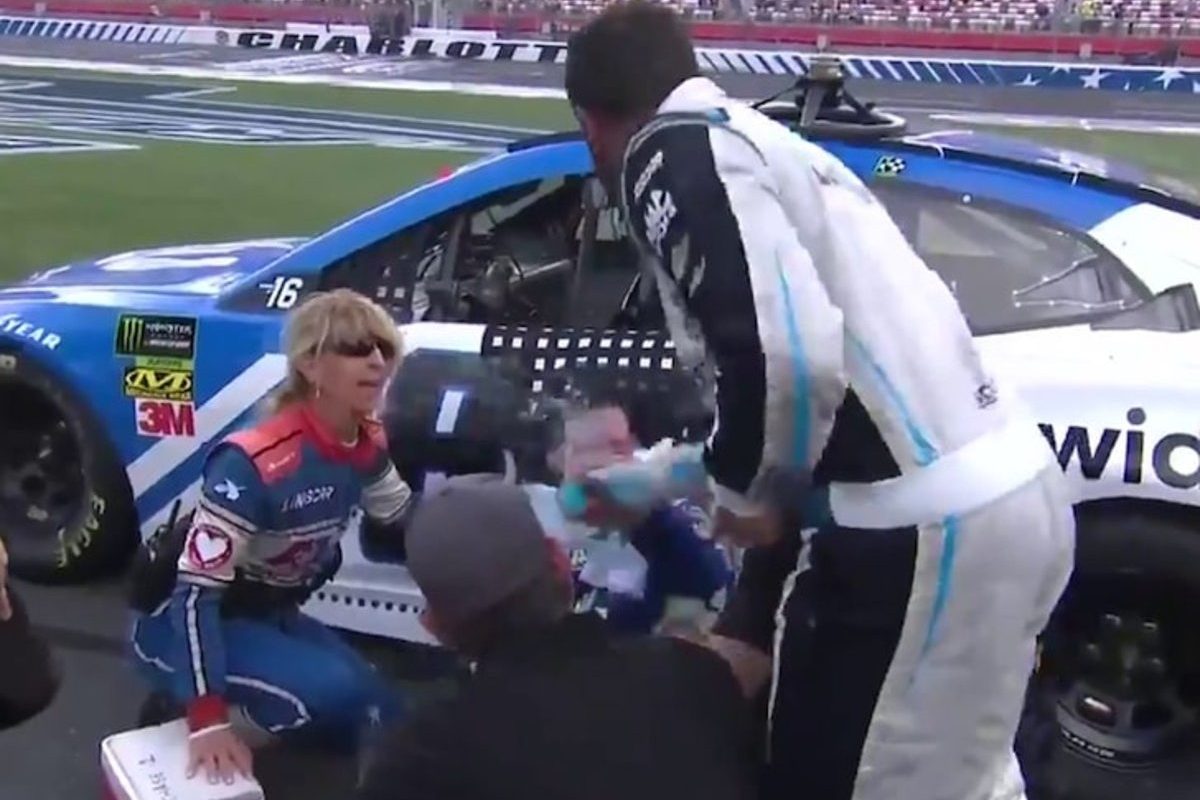 Dumping Gatorade on someone is typically a celebratory thing, but Bubba Wallace definitely didn’t feeling like celebrating when he threw Gatorade in the face of Alex Bowman following the NASCAR playoff race at Charlotte Motor Speedway in late September 2019.

After a hard-fought second-place finish at the Bank of America Roval 400 to remain in playoff contention, Bowman was receiving medical attention at the infield care center when Wallace confronted him.

Wallace’s frustration stemmed from two on-track incidents during the Charlotte Roval race. The first one occurred at the very start of the contest, when Bowman made contact with Wallace’s car. Then, on around lap 42, after Wallace gave Bowman the finger on several laps, Bowman nudged his car and spun him into the outside retaining wall. Clearly, that inspired Wallace’s decision to douse Bowman in electrolytes.

“[Bowman] don?t like to race. He just runs over everybody,” Wallace told NASCAR.com. “He gets to Lap 1 and he runs over me and the 3 (Austin Dillon) into the back chicane. We’re back there in the trunk, man. Just take it easy for a lap. He had a fast car and he just run over us. Shoot us through the chicane and then we get a penalty for it. Every time he gets to me, he just runs over me.”

“Smooth move of playing the sick card so I couldn’t bust him in his mouth.”

After being released from the infield care center, Bowman gave his take on the post-race altercation with Bubba.

“I don’t know if he was mad about the first lap or what but obviously, that was just a mistake,” Bowman said. “Then I got flipped over for every single straightaway for three laps. I got flipped off by him for three or four laps in Richmond so I was just over it. I gotta stand up for myself at some point, right? Probably wouldn?t have gotten wrecked if he had his finger back in the car.”

“I probably shouldn’t repeat what he said to me, but nothing classy by any means. I mean, I get it, I’d be mad, too, but he put himself in that spot.”

As far as disciplinary actions went, Steve O’Donnell, NASCAR executive vice president and chief racing development officer, had a serious talk with Wallace ahead of the following race at Dover.

“I would say I will be having a conversation with Bubba Wallace. That was really not classy whatsoever,” O’Donnell told SiriusXM. “I understand that drivers have issues with each other during the race. We totally get that, but with drivers on the ground being tended to by medical personnel, you need to be smarter than that, and we’ll have that conversation with Bubba and we’ll see how that goes, obviously prior to Dover.”