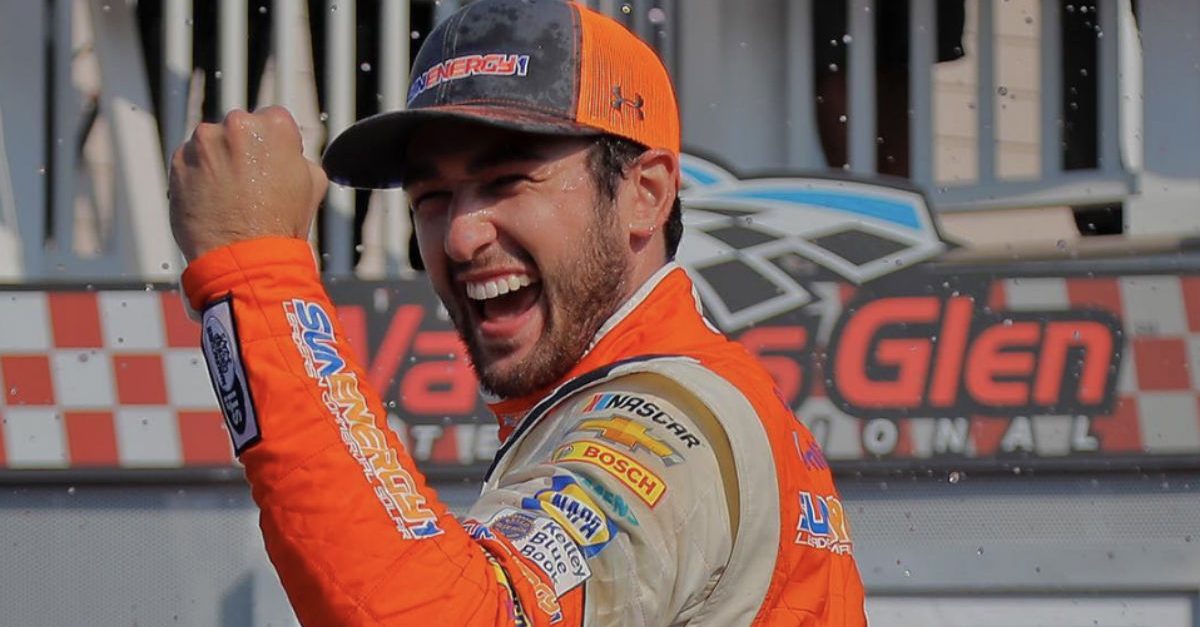 You could say that 22-year-old Chase Elliott has quite a few folks that have inspired him throughout his short but promising NASCAR career. There’s his dad, Bill Elliott, a NASCAR Hall of Famer and 16-time Most Popular Driver. There’s Jeff Gordon, who helped guide the Dawsonville, Georgia native into the world of NASCAR as Gordon’s career was waning and Elliott’s was just beginning.

And then there’s a more unexpected source of inspiration in the form of Georgia football coach Kirby Smart.

In an interview following his Go Bowling at The Glen victory at Watkins Glen International, Elliott, who is a diehard Bulldogs fan, credited Smart’s SEC Media Days speech with helping him to get into a winning mentality ahead of his first Cup Series win.

?It took us some kind of hard times to get here,” Elliott said. “I had to have a good group around me to keep pushing me and keep making me realize that we weren?t in those positions by accident. And, it was funny this morning. I woke up and I watched the video. Kirby Smart had a speech about having pressure is a privilege. And, I had that on repeat this morning in the bus, just thinking about it.”

?I thought we had a chance today and wanted to make sure that if we were in a position to try to capitalize, and we did. ? This is one hell of a day.?

Smart’s “pressure is a privilege” sentiment is closely tied to the high expectations surrounding Georgia’s football program following its impressive 2017 season. The Bulldogs had a national championship in their sights, only to get it snatched away in overtime by perennial powerhouse Alabama.

But, as Smart reiterated at SEC Media Days back in July, Georgia is poised to stay just as resilient as ever.

“Pressure is really a privilege. You should feel privileged to have pressure to win games.”#ATD #SECMediaDays pic.twitter.com/4wZOXtE7KS

?(We) talk to our players all of the time, the pressure is really a privilege,” Smart said.

HIS FIRST CAREER WIN! @ChaseElliott finally gets it at @WGI, holding off Martin Truex Jr. in an absolutely thrilling final lap! pic.twitter.com/RVqLrS6GdF

The way things are trending right now, Chase has as good of a shot as ever to make those predictions a reality.