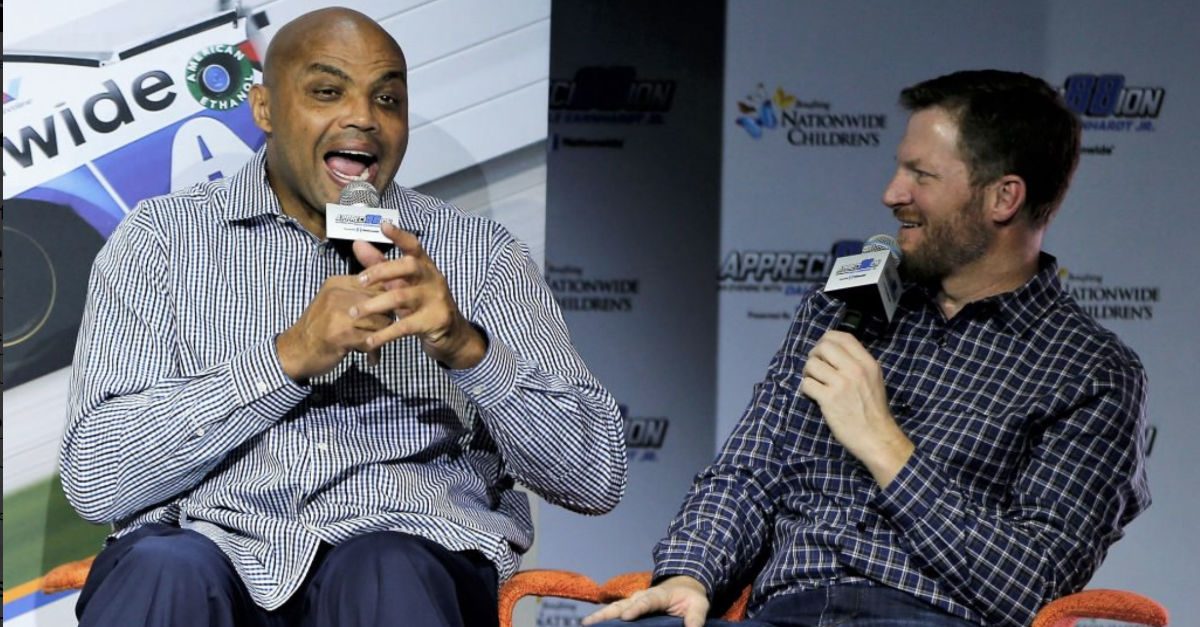 By all accounts, Dale Earnhardt Jr. has been absolutely crushing it as a NASCAR broadcaster on NBC. He may be only a month into the gig, but his “Slide Job” call at Chicagoland has already made for a recognizable catch phrase.

Despite his early success behind the booth, Junior is still soaking up all he can from some of the best broadcasters on TV. In a recent interview with For The Win, Dale Jr. discussed three broadcasters that he particularly looks up to: Charles Barkley, Tony Romo, and John Madden.

It’s clear that Junior brings his own originality to broadcasting, but he also believe it’s important to take ?bits and pieces of each one of those guys that you like and try to emulate that,” and if you’re hoping to really stand out as a broadcaster, it’s impossible to not draw inspiration from Charles Barkley.

?Charles is honest, he?s brash and he says things that no one else is gonna say, and even if he?s wrong, he?s fun,? Junior said. ?And you?re gonna tune in to watch him because you know you?re going to get something unique, interesting, and most times, it?s going to be funny.?

Tony Romo, on the other hand, just like Junior, is relatively newer to the broadcasting game. But it’s his enthusiasm for what he’s covering that especially inspires Earnhardt.

?(Romo?s) energy in the booth comes across a bit as a fan,? Earnhardt said.

?You can tell when he?s talking and describing things, he?s enjoying what he?s watching. I think that?s important ? to try not to hide your excitement for what?s happening. If you have real, raw emotion, let that out there because that energy and that excitement is contagious.?

Then there’s John Madden. One of the OG broadcasters. ?Holy crap!? was all Junior has to say when he heard that his former crew chief and current NBC colleague, Steve Letarte, compared him to the NFL legend.

?John Madden?s like the top of the mountain in broadcasting,? Earnhardt said.

?His language and how he talked, he never really tried to change himself or polish himself. He was John Madden with the ?Booms!? and the ?Pows!? and all that. ? My responsibility is to react to what I?m seeing, and that?s all I have to do. I don?t have to be polished and bring us into commercial.?

Dale Jr. may not quite be on John Madden’s level yet, but when people are already wearing T-shirts with your unofficial broadcaster’s catch phrase on it, you know you’re making positive strides.

I show up for today’s production meeting and everyone is wearing these T-shirt’s. 😂🤷🏼‍♂️