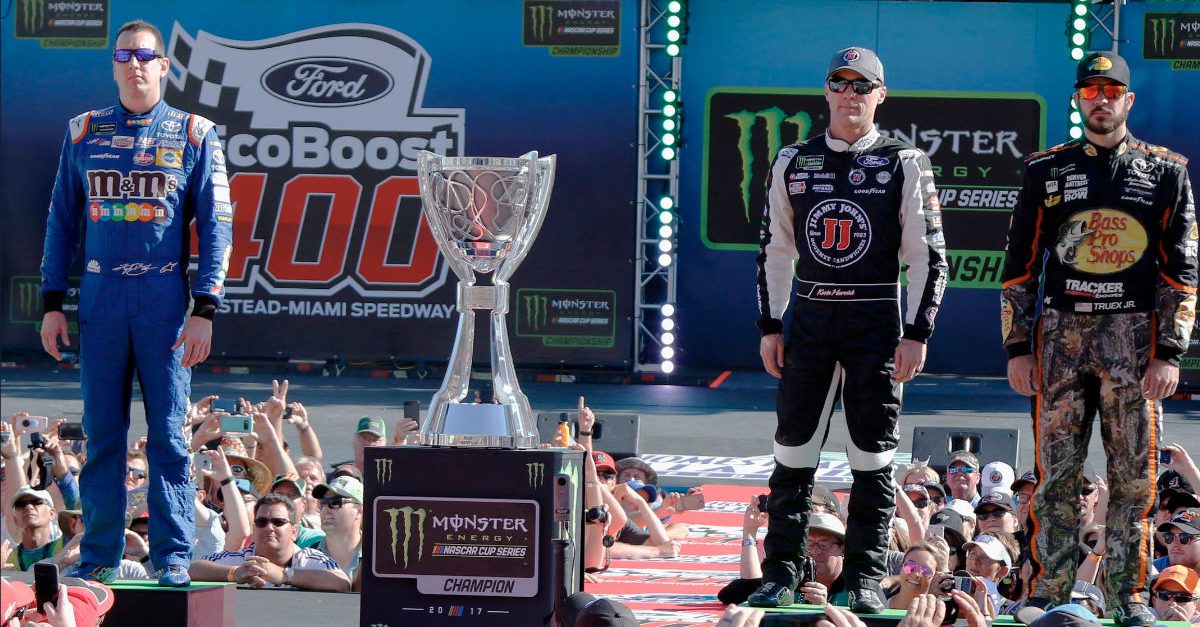 Ahead of the Go Bowling at the Glen race at Watkins Glen International, NASCAR’s Big 3 won a combined 16 of this season’s 21 Monster Energy NASCAR Cup Series races (Kevin Harvick — 6 wins; Kyle Busch — 6 wins; Martin Truex Jr — 4 wins). Chase Elliott became one of only five other drivers besides the Big 3 to win this year as he earned a first-place finish at Watkins Glen, securing a playoff spot and racking up his first-ever Cup Series victory.

HIS FIRST CAREER WIN! @ChaseElliott finally gets it at @WGI, holding off Martin Truex Jr. in an absolutely thrilling final lap! pic.twitter.com/RVqLrS6GdF

?Holy cow, what a thrill,? Chase Elliott said, according to USA Today. ?Golly, I don?t know what to say. Just so thrilled, so emotional, so much relief. Working on three years and hadn?t won one. I came here with a great opportunity today and was I was able to get it done.?

While this certainly marked an crucial win for Elliott (who is the 22-year-old son of NASCAR great Bill Elliott) and ended up being a positive outcome for most NASCAR fans who have been looking for a shake-up of sorts, it forced the Big 3 to take somewhat of a backseat this week.

After finishing 25th in Stage 1 of the race, Harvick finished seventh in Stage 2. Following a caution on lap 52, Harvick pitted for adjustments and restarted in 10th place, where he remained for the rest of the race.

So close. The caution officially came out moments before @KevinHarvick was going to hit pit road. pic.twitter.com/JrQx8QoEU1

A two-time winner at Watkins Glen, Kyle Busch ended up finishing third. A pit stop problem in which Busch only received eight gallons of fuel caused the Joe Gibbs Racing team member to lose his position as the race leader, since he would have to refuel a lap later.

“Sounds familiar,” said Busch. “Every year we come here, we have a fast car and fail to execute, whether that’s just called bad luck or whatever. Last year we had a lug nut get stuck in the caliper. This year we had fueling problems. It never eases to amaze me.”

A race-changing fuel issue for @KyleBusch and the No. 18 team at @WGI.

The restart is coming up next on NBC. pic.twitter.com/yQhpNBEqSL

Though the incident caused Busch to drop to 33rd place, he would end up fighting back to snag that third-place spot.

“It was a heck of a lot harder than it should have been,” Busch said. “But that was the predicament we were put in, and we had to go to work. I certainly gave Joe his money’s worthy today.”

Despite Rowdy’s finish, he still holds a commanding lead in the Cup Series standings.

See how @chaseelliott captured the lead from @KyleBusch!

Currently 2nd in the Cup Series standings, Martin Truex Jr. would win the first stage of the race, while Elliott won the second stage. The two would battle it out for the final 20 laps, though Elliott would come out on top due to a misstep on the part of Truex.

?(Elliott) missed Turn 1 on the final lap, but I missed the Inner Loop on the final lap and lost five car lengths to him, so when he made that mistake in (Turn) 1, I was too far back to capitalize,? Truex said. ?We ran out of gas anyway coming off of Turn 5 that last lap, so it was really all a moot point. He was going to win regardless.?

Truex’s crew chief Alan Gustafson added, ?Martin kind of screwed our plan up, so we didn?t get to save much gas, and he put a lot of pressure on us.”

Read More: Kevin Harvick Net Worth: A Look at One of NASCAR?s Highest-Paid Drivers