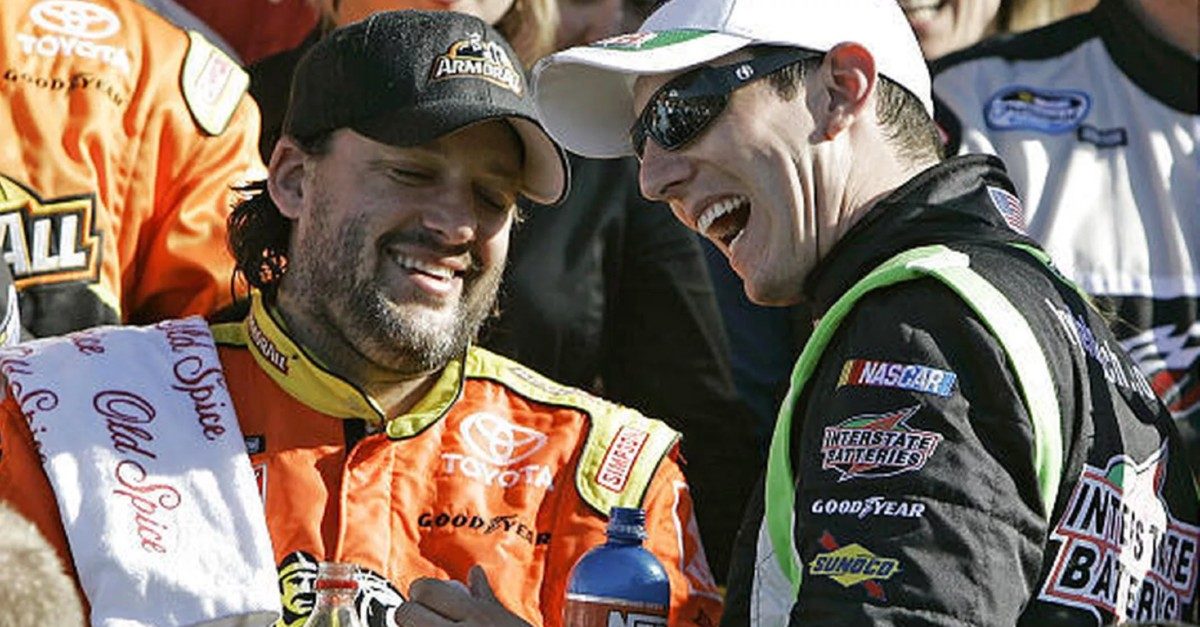 If you’re a diehard NASCAR fan and have a photographic memory when it comes to dates, you may remember that July 29, 2018 marked the day that Kyle Busch recorded his sixth win of the season following an impressive performance in the Ganders Outdoors 400 at Pocono Raceway. But, there was another more meaningful number to come as a result of the finish: 49.

Stewart naturally noticed Busch’s accomplishment and took to Twitter to congratulate him on the milestone.

When Busch got word of his place alongside Stewart on the prestigious wins list, he expressed his excitement over the achievement, while also, in typical Rowdy fashion, looking forward to reaching bigger and better milestones.

“There?s many more. We want to keep going.?

It turns out that Busch would get more wins, and since that fateful day at Pocono, Kyle Busch has 56 Cup Series wins under his belt. When it comes to most wins in the Cup Series, Busch is currently sitting in ninth place overall, while Stewart is currently in 15th.

Unless Tony miraculously decides to make a full-time NASCAR comeback, he doesn’t stand a chance of catching Kyle. But, with three NASCAR championships to Kyle’s two, Stewart probably knows he also doesn’t have much more to prove in the sport.