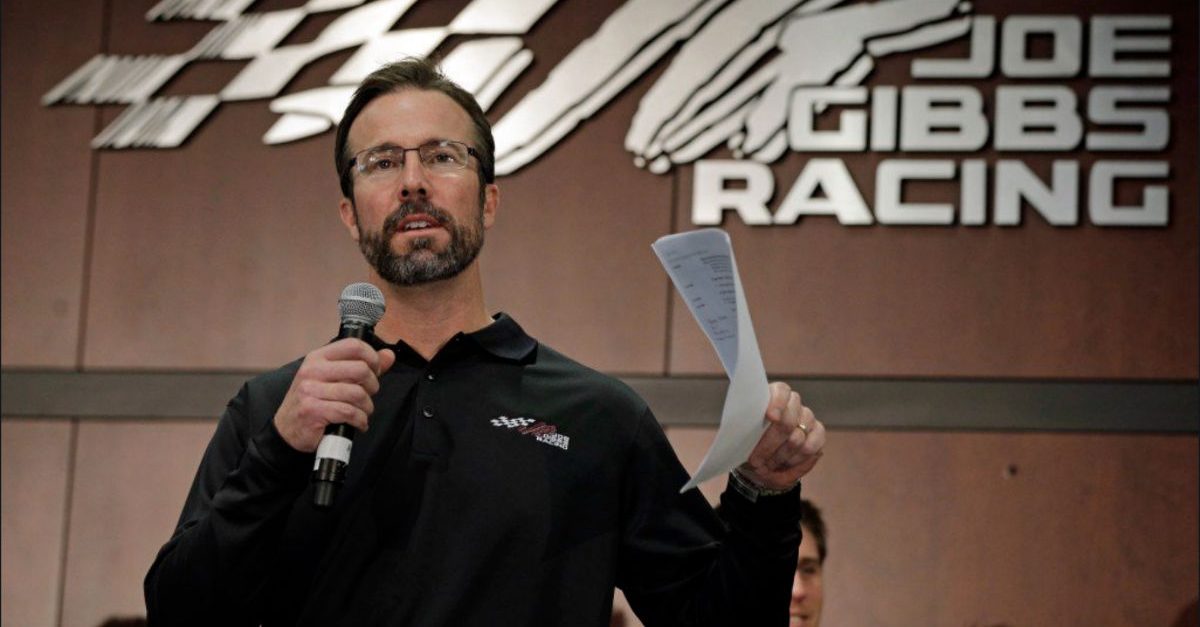 HUNTERSVILLE, N.C. (AP) ? J.D. Gibbs, eldest son of Pro Football Hall of Fame coach Joe Gibbs, was remembered as the visionary behind the stellar career of several NASCAR stars following his death from complications a long battle with a degenerative neurological disease. He was 49.

It is with great sadness that we announce the passing of Joe Gibbs Racing Co-Founder and Co-Chairman, J.D. Gibbs, who passed away earlier tonight at the age of 49 from complications following a long battle with a degenerative neurological disease. pic.twitter.com/kmyKRHupeq

Gibbs was co-founder of the NASCAR team that bears his father’s name and he largely ran the day-to-day operations of what is now an elite organization. He stepped away from JGR in 2015 when it was announced he was suffering from “conditions related to brain function.” He was president of JGR at the time and is credited with launching the career of Daytona 500 winner Denny Hamlin and spearheading the team’s pivotal move to Toyota.

Jason Dean Gibbs was also a staunch supporter of Tony Stewart and Kyle Busch, who won championships for the organization despite numerous skirmishes on and off the track. Stewart, a two-time champion driving for Gibbs, posted a photo from his 2002 title celebration in New York City alongside Gibbs and then-crew chief Greg Zipadelli.

Heartbroken for the entire Gibbs family. J.D. was a great person – a family man who loved sports & racing in particular. He played a big part in my career, both as a driver & as a team owner. When he asked how you were doing, he genuinely cared. I'll miss that the most. https://t.co/fnYndYp3uy

“Heartbroken for the entire Gibbs family,” Stewart wrote on social media. “J.D. was a great person ? a family man who loved sports & racing in particular. He played a big part in my career, both as a driver & as a team owner. When he asked how you were doing, he genuinely cared. I’ll miss that the most.”

Hamlin, who was found by Gibbs racing short tracks in Virginia, posted a photo sitting next to Gibbs before his 2006 Cup debut. Lurking just over Gibbs’ shoulder is Hamlin’s father, who told Gibbs that day ‘He’s all yours now.’

“I will always be grateful for what his family did for mine and the opportunity he gave me 14 years ago,” Hamlin wrote.

His car. His number. His signature above my door. I will always be grateful for what His family did for mine and the opportunity he gave me 14 years ago. Now more than ever #doitforJD

Gibbs played defensive back and quarterback at William & Mary from 1987-90 while his father coached the Washington Redskins, a team he led to three Super Bowl titles. He transitioned into NASCAR and the family business when the elder Gibbs launched his NASCAR team in 1992.

Gibbs was eventually co-chairman of JGR, but began with the organization as a part-time driver and over-the-wall crew member. He made 13 NASCAR national series starts between 1998 and 2002.

My heart goes out to the Gibbs family about JD’s passing this morning. He was always so kind and gracious to everyone.

“We were privileged to watch J.D. Gibbs grow within the sport, displaying an endearing personality, a keen eye for talent and the strong business acumen that helped grow Joe Gibbs Racing into a preeminent NASCAR team,” said NASCAR Chairman Jim France. “The NASCAR family has lost a truly special member.”

Washington owner Dan Snyder and wife Tanya say they are “heartbroken for the J.D. Gibbs family” and “for anyone who had the honor and privilege to know J.D., he was instantly recognized as a champion in life and sports.”

Gibbs is survived by wife Melissa and four sons.