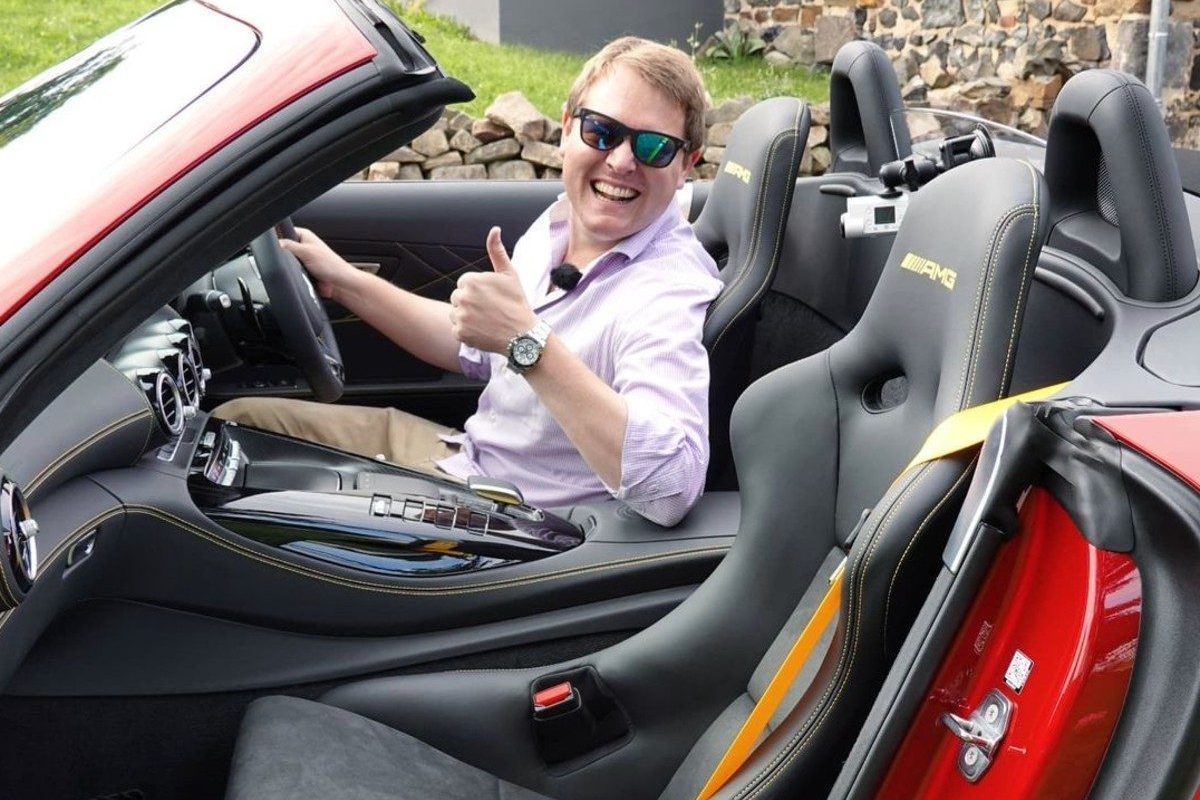 Shmee is just like you and me. Well, “just like you and me,” except with almost unlimited access to supercars, a highly successful YouTube channel with over 2 million subscribers, and a giant new garage known as the Shmuseum to house that amazing collection of Shmeemobiles.

All that aside, Shmee is just Tim Burton, a regular, unassuming guy in West London who just happens to have a mind-blowing car collection.

Before there was Shmee150, there was Tim Burton. After completing his A-levels — the English equivalent to American Advanced Placement courses — he set up an online electronics business. That happened to do very well, so he sold the business and moved to New Zealand to become a ski instructor. Following an injury, he returned to London and began work in technology at an investment consultancy, which drove his interest in investments and finding new niches for making money. Always with a side hustle to keep things lively, Tim found himself drawn to the automotive world through his father and grandfather’s enthusiasm for supercars and high-speed car rallies.

Initially, the proud driver of a Renault Clio 1.2 enjoyed posting pictures of sports cars on social media. However, in January 2010, he made a short film about his two new cars. Many people post their new cars on social media, of course, but rarely do those two vehicles happen to be a Ferrari 458 Italia and Lamborghini LP670-4 Superveloce. Suddenly, the quiet and unassuming posts of a YouTuber known as Shmee150 became an international hit, with millions of followers and subscribers on his YouTube, Facebook, Instagram, and Twitter accounts.

Read More: Faye Hadley of “All Girls Garage” Has a Serious Toyota Obsession

The Shmuseum, as Shmee150 has dubbed his new garage, does contain a jaw-dropping collection of supercars and hypercars, but there’s much more to it than that. Tim lovingly refers to his vehicles as “Shmeemobiles,” and unlike some big-ticket car enthusiasts, he actually drives his Shmeemobiles all over Europe.

So, what can you see Tim tooling about the English countryside in?

He’s acknowledged that he’s partial to his blazing red Ford GT and his bright blue McLaren Senna, but he has cultivated his collection so that each vehicle fills a particular niche or need in his driving style. As a result, he has several collections-within-collections.

Of course, Tim’s collection changes frequently. He went through a Mini Cooper phase, and frequently gets long-term loan cars from manufacturers like BMW and Bentley. His very first Lamborghini, a Huracan STO, is due to arrive by the end of 2021, too.

What Makes Shmee150 So Fun To Watch?

First of all, many people enjoy watching a regular, everyday kind of guy “Living the Supercar Dream,” as Tim puts it. There’s nothing flashy or opulent about the videos…except for the gorgeous vehicles themselves.

Furthermore, Shmee doesn’t just sit around, polishing his cars and talking about how fast they are. He enjoys participating in rallies, like the Gumball 3000, Supercar Club Arabia, and Rallye Germania. He takes us on road trips to attend car shows and events on the local and international level. Plus, his reputation has given him exclusive opportunities to test drive cars from the likes of Bugatti and Pagani.

Of course, he films all of it so that the subscribers at home can share in the action from afar.

On one hand, it’s not fair that one guy should get to have so much fun. On the other hand, it’s really great of him to allow the rest of us to join him in “Hypercar Heaven.”

So thank you, Shmee150. May the road be ever smooth and the alignment always perfect.