Marshall Mathers has come a long, long way since his days of financial struggle in Detroit, Michigan.

The wildly successful rapper, most widely known as Eminem, has been a trending topic in the world of hip hop for over 25 years. From releasing his Grammy-winning album The Slim Shady LP in 1999 to performing at the Super Bowl halftime show with his mentor Dr. Dre in 2022, Eminem has seen success in a number of different forms over the years. With that success comes a whole lot of money.

Boasting an estimated net worth of $230 million, Eminem has spent a good deal of money on what most folks who grow up in the Motor City and make it rich end up buying: cars.

Eminem's car collection has it all, from expensive luxury cars and supercars that cost more than some houses to fast cars with insane top speeds.

Here, we'll focus on eight of the coolest sports cars in Eminem's collection, because damn, does he have some sweet ones. 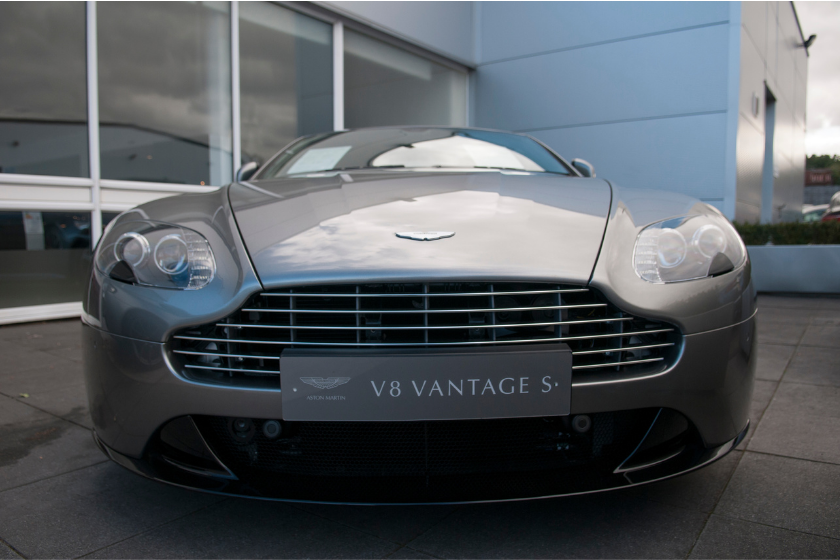 Featured in two James Bond films (The Living Daylights and No Time to Die), the Aston Martin Vantage is all about style and power.

Featuring a twin-turbo V8 engine that makes 503 horsepower, the Vantage has a top speed of 205 mph and can reach 0-60 mph in four seconds.

Obviously, it isn't cheap to afford a ride of this caliber, as the price tag on this beauty is right around the $180,000 range. 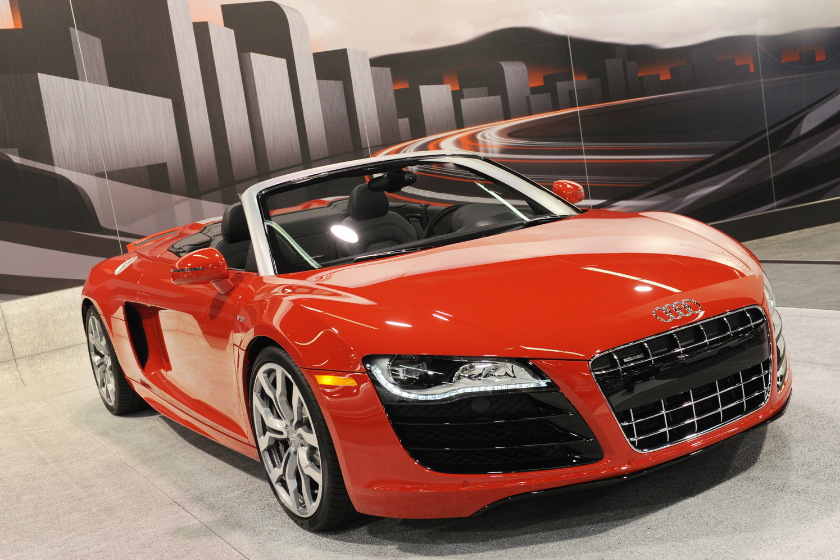 Back in 2011, Eminem sued Audi for illegally using his Oscar-winning song Lose Yourself in a commercial for the 2012 Audi A6 Avant. Despite Eminem's past issues with the German automaker, he still loves him a quality Audi sports car.

The Audi R8 Spyder rocks that luxury look like nothing else, with an eye-popping interior that includes a slick steering wheel and leather seats.

Of course, the car also boasts a whole lot of power, and is stocked with a V10 engine that churns out 532 horsepower and a top speed of 198 mph.

Thanks to the seven-speed S-Tronic dual-clutch transmission, the car also can hit 0-60 mph in 3.5 seconds. 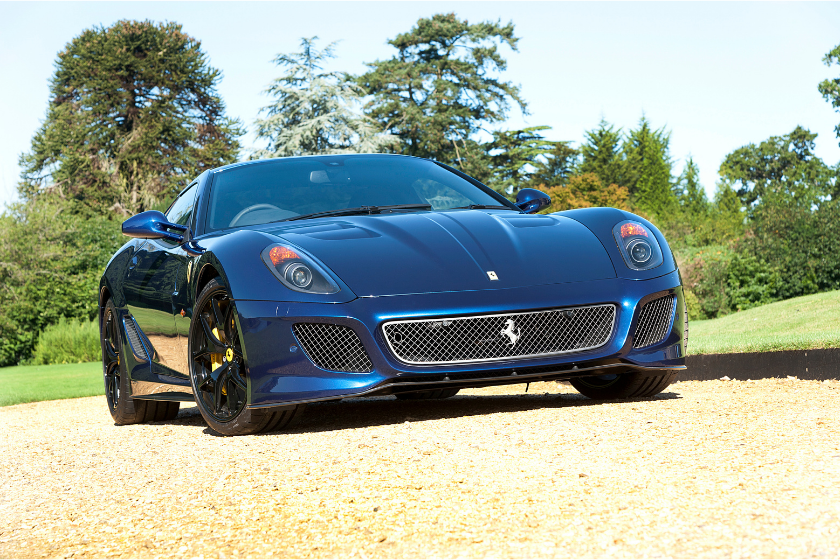 Of course, you're going to get class both inside and out when you buy yourself a Ferrari. But, with a Ferrari 599 GTO, you're also getting speed. And lots of it. 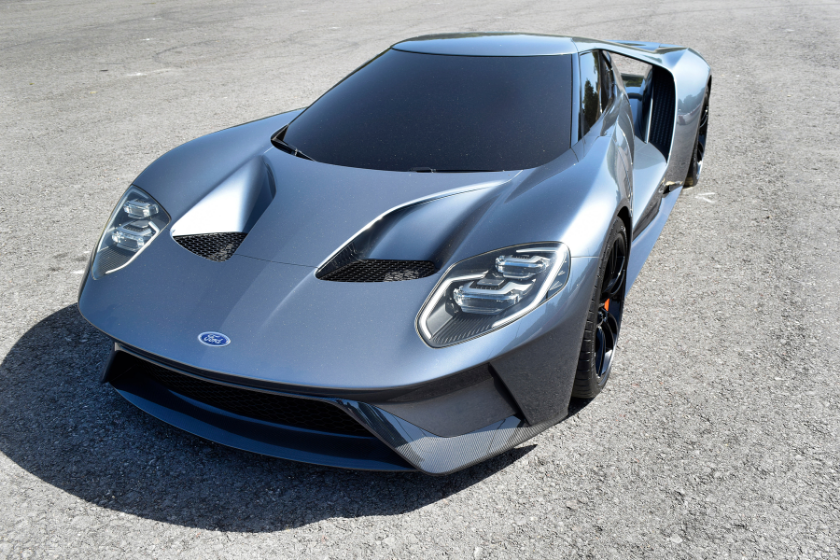 Being from Detroit and all, you know that Eminem is a big Ford guy.

Back in 2005, he bought himself a Ford GT, which was inspired by the GT40 that was a consecutive four-time winner of the 24 Hours of Le Mans in the late '60s.

Given the fact that its inspiration was a proven retro race car, the GT's impressive numbers shouldn't be all that surprising. We're talking a top speed of 205 mph and a 0-60 time of three seconds 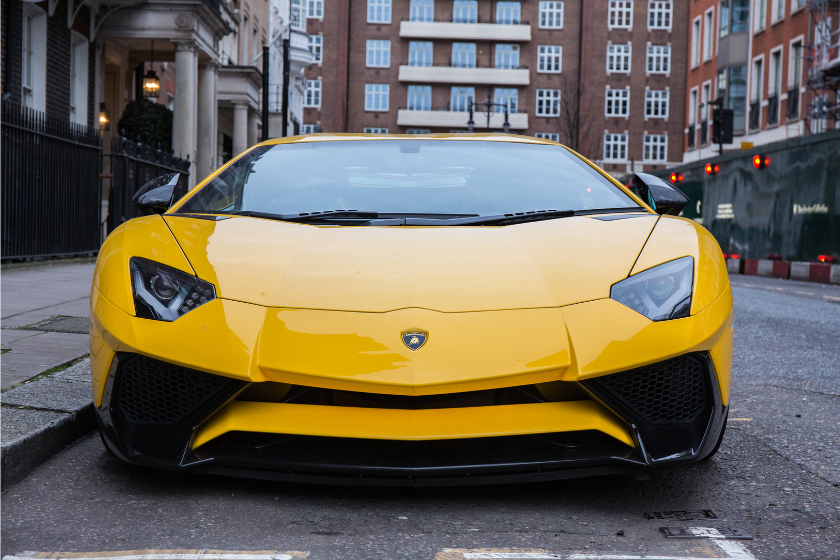 You've definitely got to rake in the big bucks to afford a Lamborghini Aventador.

With a price tag of around $400,000, the Aventador is exactly what you'd call a daily driver. You're busting it out when you want to make a statement.

And, with a 6.5-liter V12 engine that makes 690 horsepower and top speed of 217 mph, this Lambo definitely makes a statement. 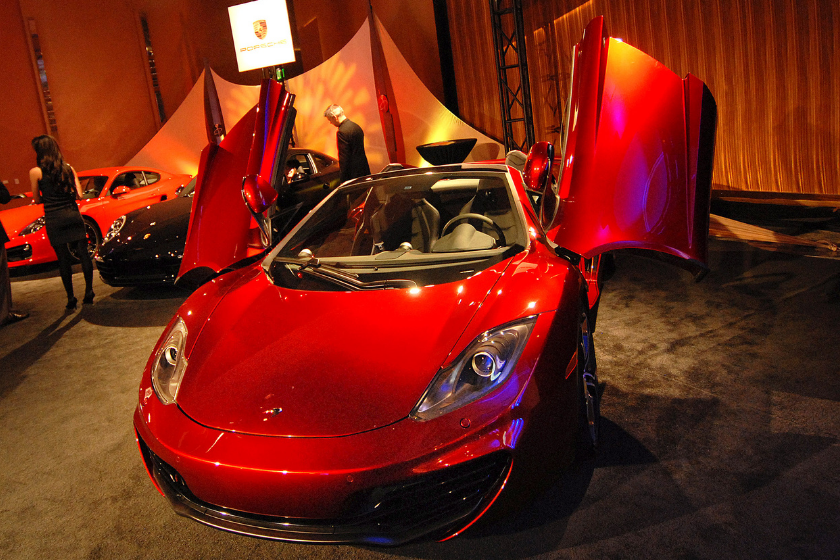 Boasting a fiber composite chassis, the 12C has such a gorgeous exterior that you're gonna want to really take it all in before you get behind the wheel. But, once you do get behind that wheel, you'll see that this ride is way more than just looks. 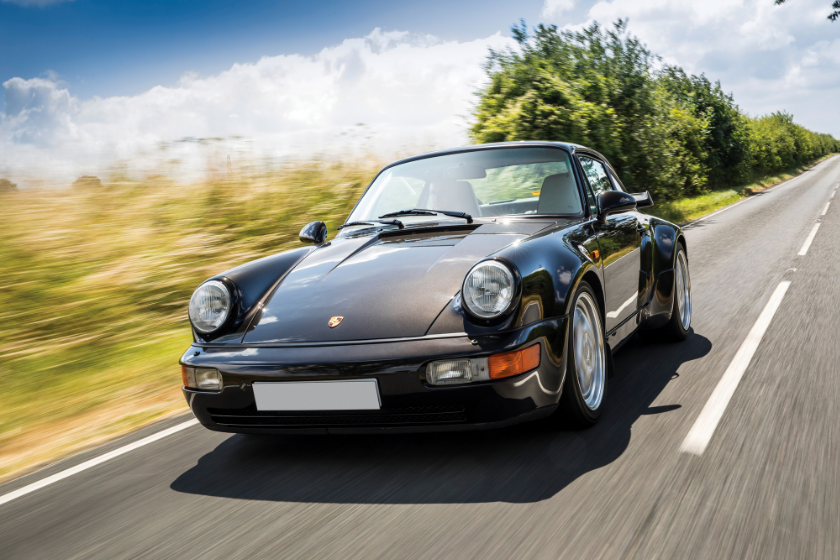 Eminem has several Porsches in his collection, but we'd imagine that the Porsche 911 Turbo is probably one of his favorites.

It has a twin-turbo 3.8-liter six-cylinder engine that pumps out 540 horsepower. On top of its pure power, the acceleration on this thing is absolutely insane. We're talking 0-60 in only 2.7 seconds. 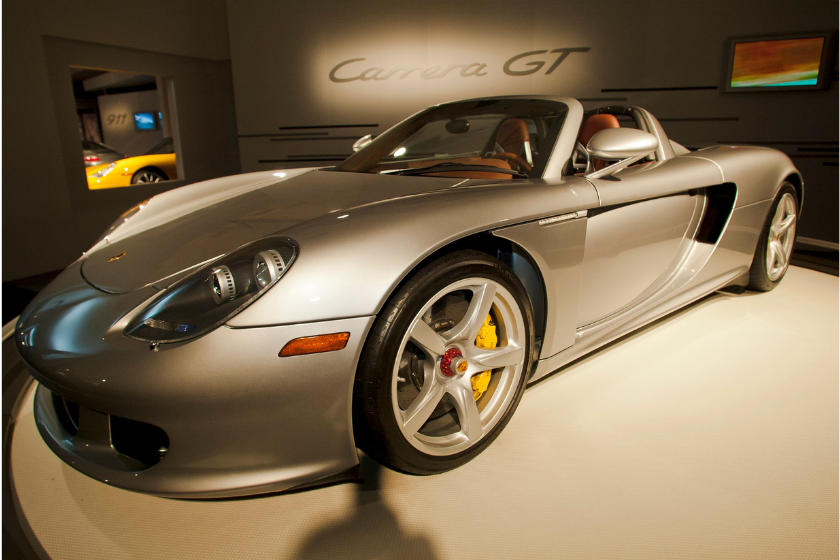 The Porsche Carrera is a car you get when you want to be in an exclusive club. Only about 1,200 units were made, so case and point.

With that exclusivity comes power and performance in the form of a 5.7-liter V10 engine that can pump out 603 horsepower and reach a top speed of 205 mph.