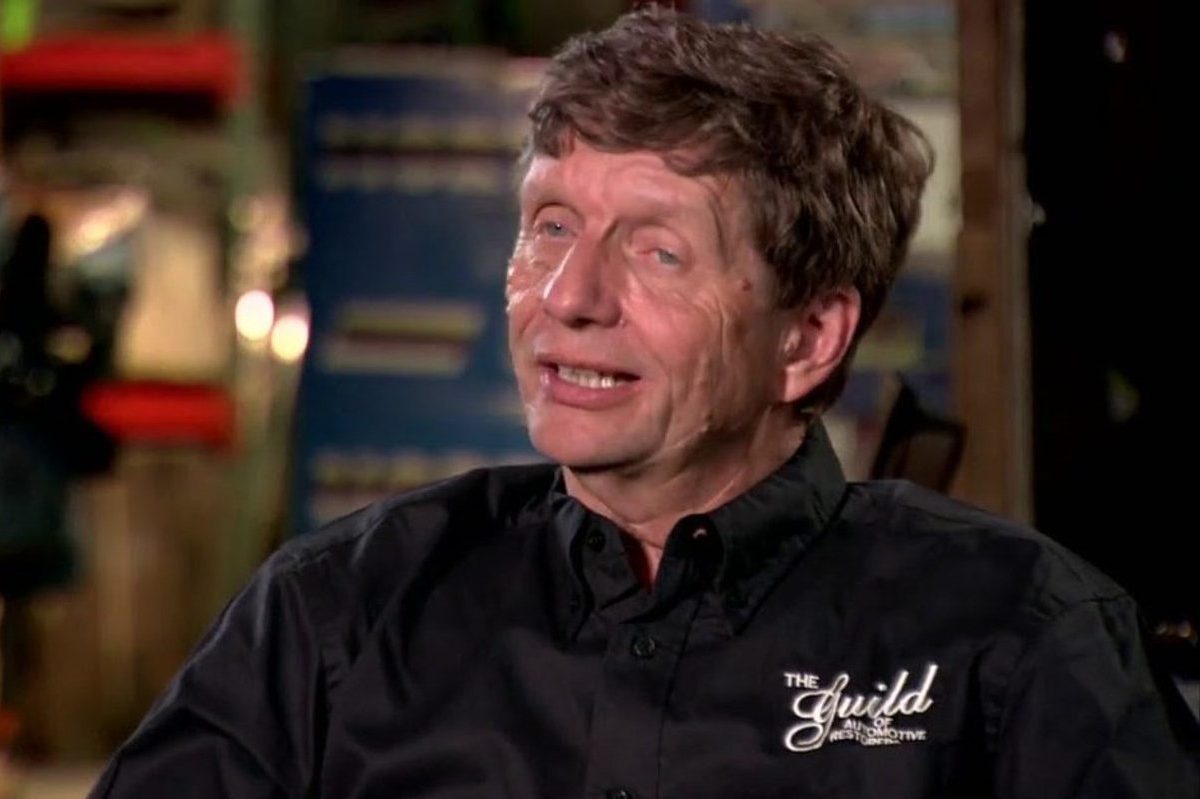 When it comes to restoring old hot rods, David Grainger is one of the most talented folks out there. He’s the president and co-founder of The Guild of Automotive Restorers, a company that specializes in professional restorations of classic cars and antique cars. You may have seen him hosting his TV show Restoration Garage, which showcases the restoration shop in Bradford, Ontario.

David and his wife Janice Stone started The Guild back in 1991, and it has since developed into one of North America’s premier collector car restoration facilities. They have put out thousands of classics from this shop since opening nearly 30 years ago, and their 28 employees knock out between 20-30 cars each year.

Let’s take a look at what David Grainger has been up to these days!

Grainger started his career in a completely different direction than cars, working as a columnist for the National Post and The Globe and Mail, with a specific focus on environment and wildlife. He transitioned into the zoo and wildlife sanctuary business, and eventually founded his own sanctuary specializing in injured birds. From there, he became a wildlife artist. For those jobs, he needed a vehicle that he could drive through the woods, so he picked up an old Land Rover for cheap. Fixing his broken vehicle in the woods sparked his interest in the world of cars.

He started to become a more successful artist and had a little more downtime. His hobby transitioned into working on and restoring old military vehicles. During this time, David’s artist work moved him into the film and television industry, where he created special effects and made his way into scriptwriting and producing. His wife mentioned to him one day that instead of the military vehicles, he should work on something that people actually want, and shortly after that, he went and picked up a Corvette to restore. His work began to draw interest, and that’s when the shop was started.

Now, The Guild of Automotive Restorers can churn out some seriously high-end hot rods. You can check out a ton of the builds on the television show, but one of the more iconic creations was when he restored the Alfa-Romeo 6C 2500 Speciale, which appeared in the 1946 Paris Salon. It established Batista “Pinin” Farina as a major designer and helped establish the Pinin Farina design house. Grainger and the car were featured at the 85th anniversary of Pinin Farina in Italy.

Another major build Grainger pulled off was the Bugatti Aerolithe. It was a massive achievement for the restoration expert, leading to numerous international awards. For the project, he started with the oldest chassis that Bugatti had in existence, and his team went on to restore it using only a handful of original Bugatti parts. Over the course of a few years, they completed the car, and it now sits on display at The Guild of Automotive Restorers, in Bradford, Canada.

You should be excited to hear that Restoration Garage is still going strong, with season seven being the most recent to air. The television series can be found mainly on Motor Trend, but it also appears on other various channels.

In 2019, Grainger claimed during a Hagerty interview that he had two other very significant projects that he had hopes of working on. He says one of the companies is very well known in England, and the other is based out of the United States.

Although he claims these projects are on the back burner for now, it should be interesting to see what he gets into for the near future. Additionally, he talks about his intention to move into YouTube, social media entertainment, and social media marketing systems, as well. This guy does it all!