Tesla Self-Driving Cars May Soon Be on the Way, Whether We’re Ready for Them or Not 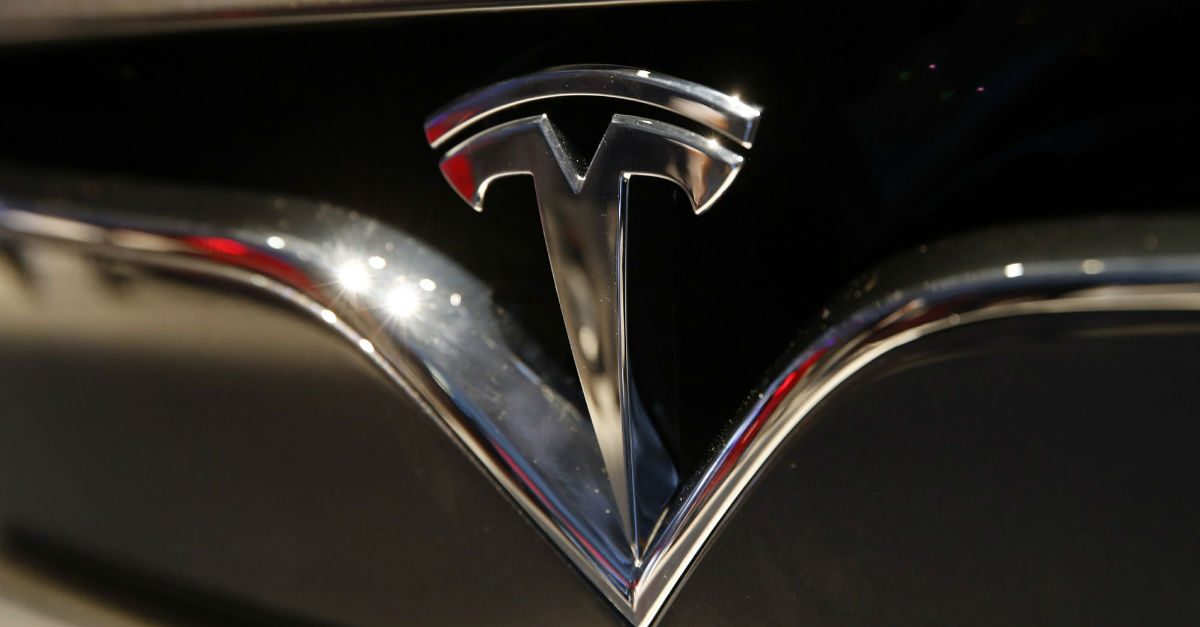 SAN FRANCISCO (AP) — Tesla CEO Elon Musk appears poised to transform the company’s electric cars into driverless vehicles in a risky bid to realize a bold vision that he has been floating for years.

The technology required to make that quantum leap is scheduled to be shown off to Tesla investors Monday at the company’s Palo Alto, California, headquarters.

Musk, known for his swagger as well as his smarts, is so certain that Tesla will win the race toward full autonomy that he indicated in an interview earlier this month that his company’s cars should be able to navigate congested highways and city streets without a human behind the wheel by no later than next year.

“I could be wrong, but it appears to be the case that Tesla is vastly ahead of everyone,” Musk told Lex Fridman, a Massachusetts Institute of Technology research scientist specializing in autonomous vehicles.

But experts say they’re skeptical whether Tesla’s technology has advanced anywhere close to the point where its cars will be capable of being driven solely by a robot, without a human in position to take control if something goes awry.

“It’s all hype,” said Steven E. Shladover, a retired research engineer at the University of California, Berkeley who has been involved in efforts to create autonomous driving for 45 years. “The technology does not exist to do what he is claiming. He doesn’t have it and neither does anybody else.”

More than 60 companies in the U.S. alone are developing autonomous vehicles. Some are aiming to have their fully autonomous cars begin carrying passengers in small geographic areas as early as this year. Many experts don’t believe they’ll be in widespread use for a decade or more.

Zero to sixty faster than you can read this caption tesla.com/roadster

Musk’s description of Tesla’s controls as “Full Self-Driving” has alarmed some observers who think it will give owners a false sense of security and create potentially lethal situations in conditions that the autonomous cars can’t handle. They also say they’re waiting for Musk to define self-driving and show just under what conditions and places the vehicles can travel without human intervention, including specific data showing that they would be safer than human drivers and whether the system’s safety has been reviewed by outside groups or government agencies.

Meanwhile, Musk continues to use both his Twitter account and Tesla’s website to pump up a new computer now in production for full self-driving vehicles. Once the self-driving software is ready, those with new computers will get an update via the internet, Musk has said. Currently the self-driving computer costs $5,000, but the price rises to $7,000 if it’s installed after delivery.

Tesla vehicles equipped for full autonomy will rely on eight cameras that cover 360 degrees, front-facing radar and short-range ultrasonic sensors. It’s not known how many will have the full self-driving technology. There are about 400,000 Teslas on the road worldwide.

That’s different from the self-driving systems being built by nearly every other company in the industry, including Google spinoff Waymo, General Motors’ Cruise Automation, and Ford-affiliated Argo AI. They all use cameras and radar covering 360 degrees, and also have light beam sensors called Lidar to the mix as a third redundant sensor, as well as detailed three-dimensional mapping.

“Vehicles that don’t have Lidar, that don’t have advanced radar, that haven’t captured a 3-D map are not self-driving vehicles,” Ken Washington, Ford’s chief technical officer, said during a recent interview with Recode. “They are great consumer vehicles with really good driver-assist technology.”

Over 1 billion miles have been driven with Model 3 – thank you to all the amazing Tesla owners who got us here! tesla.com/3

Even Lidar doesn’t guarantee 100 percent safety. Waymo last year backed off of a pledge to run a robotaxi service in Phoenix without human backup drivers for safety reasons. And an Uber autonomous test vehicle with Lidar as well as a human backup driver ran down and killed a pedestrian last year in Tempe, Arizona, the first known death involving self-driving technology.

Amnon Shashua, CEO of Israeli autonomous vehicle computing company Mobileye, says cars with 360-degree cameras and front facing radar could drive autonomously, but they would not be as safe as human drivers. Careful humans can drive 10 million hours without a mistake leading to a fatal crash, but cars without full redundant sensors cannot, he said.

Phil Koopman, a professor of electrical and computer engineering at Carnegie Mellon University, said Musk needs to show his cars can handle all situations if he wants to claim they can drive themselves. For instance, he wonders if Tesla has a plan for a big truck splashing gallons of grimy water onto a car in a snowstorm, obstructing the cameras.

“The rabbit hole goes pretty deep if you want to make that (full self-driving) argument,” he said.

Tesla already has been offering a system called “Autopilot” that can control cars on a limited basis with constant monitoring by a human driver. On its website, it says the Autopilot system steers your car in its lane and accelerates and brakes automatically for other vehicles and pedestrians in its lane. But questions already have been raised about Autopilot’s reliability after its involvement in three fatal crashes.

In one, neither the driver nor a Tesla Model S operating on the company’s Autopilot driver-assist system spotted a tractor-trailer crossing in front of it on a Florida, highway in 2016. The car drove under the trailer shearing off the roof and killing the driver.

In a 2017 report, the National Transportation Safety Board wrote that driver inattention and design limitations of Autopilot played major roles in the fatality, and it found that the Model S cameras and radar weren’t capable of detecting a vehicle turning into its path. Rather, the systems are designed to detect vehicles they are following to prevent rear-end collisions.

The agency also is still investigating the two other lethal crashes, one last month in Delray Beach, Florida, eerily similar to the 2016 Florida crash, and another involving a Tesla SUV that was operating on Autopilot when it hit a highway lane-dividing barrier in Silicon Valley.

Tesla maintains that its current systems are only for assistance, and that drivers must pay attention and be ready to intervene.

With “Full Self-Driving Capability,” Tesla touts that you get automatic driving from the highway on ramp to the off ramp including interchanges and changing lanes automatically to overtake slower cars. Later this year, the cars will be able to recognize and respond to traffic lights and stop signs and drive automatically on city streets, the website says.

Those feats are something that Tesla will likely have to prove to regulators in California — its largest U.S. market so far — before its fully autonomous cars are allowed on the roads there. But most other states don’t have the same requirements as California. And experts say there’s no federal law requiring preapproval for fully autonomous driving, as long as a vehicle meets federal safety standards, which Teslas do.

“Unfortunately, it may be necessary for several people to die before regulators step in,” Shladover said.