Elon Musk’s Tweets Could End up Being His Downfall 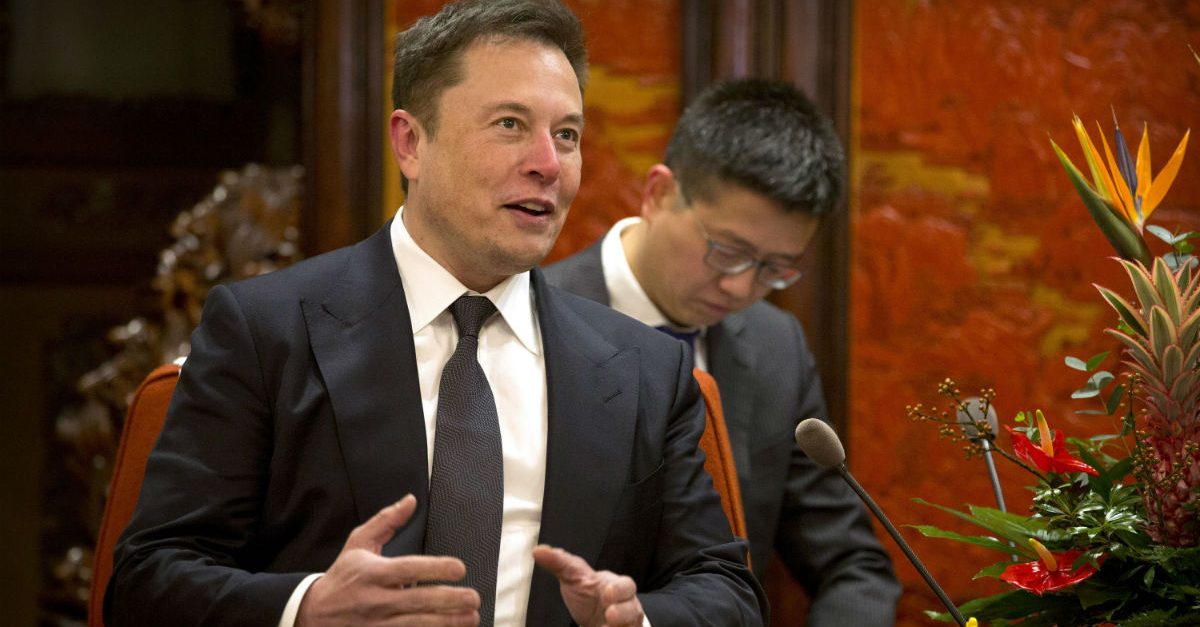 The latest dust-up emerged late Monday when the Securities and Exchange Commission asked a federal court in New York to hold Musk in contempt for violating a $40 million settlement he begrudgingly reached with the U.S. stock market?s chief regulatory agency five months ago.

Allegations that Musk broke the agreement by tweeting without company approval could renew a debate about whether he has become too reckless to continue as Tesla?s CEO. That cloud has been hanging over Tesla, even though many analysts still consider Musk?s vision to be an indispensable part of the electric car maker he co-founded in 2003.

Contempt charges are typically brought against individuals who defy a court order. The SEC settlement was approved by a judge last fall, exposing Musk to potential fines or even jail time if he is found to be in contempt.

?He is looking like a repeat offender and a bad actor,? said Carl Tobias, a law professor at the University of Richmond. ?The SEC is taking action because it has a responsibility to protect the interests of consumers, investors and the public.?

Tesla didn?t immediately respond to requests for comment about the SEC?s latest move. But letters from the company?s attorneys included in Monday?s filing argue that Musk remains in compliance with the settlement.

The SEC had sued Musk last September for using his Twitter account in August to announce he had secured financing for a potential buyout of Tesla ? news that caused the company?s stock to swing wildly. He later backed off that buyout idea, but regulators concluded he never had lined up the money to pull off the deal that probably would have required at least $25 billion to pull off.

Musk initially contended that he hadn?t done anything wrong before reluctantly agreeing to have future tweets that could affect Tesla?s stock be pre-approved.

Now the SEC is alleging that Musk broke the terms of that agreement with a Feb. 19 tweet projecting that Tesla would make about 500,000 cars this year. About 4 1/2 hours after that tweet, Musk corrected his statement, saying he meant that Tesla had started to manufacture cars at a weekly clip that would translate into 500,000 cars during yearlong period, but not necessarily for calendar 2019.

Meant to say annualized production rate at end of 2019 probably around 500k, ie 10k cars/week. Deliveries for year still estimated to be about 400k.

Musk acknowledged he didn?t get company approval for the initial Feb. 19 tweet, according to the SEC, even though car manufacturing statistics can affect stock prices of automakers. In his defense, Musk said he didn?t think his tweet needed clearance because he was basing it on information that had been disclosed in late January. Both Feb. 19 tweets occurred while the U.S. stock market was closed. Tesla?s stock rose by just $1.10, or less than 1 percent, the next day.

But those factors evidently didn?t sway the SEC, which illustrated Musk?s allegedly contemptuous behavior with some of the comments he made during a television interview with ?60 Minutes? that aired Dec. 9.

In that interview, Musk revealed that no one at Tesla was screening the tweets he posts to his account, which now has 25 million followers. When pressed how Tesla officials could know whether his tweets might be violating the SEC settlement if they weren?t readying them before they were posted, Musk replied: ?Well, I guess we might make some mistakes. Who knows??

Tesla?s legal team realized Musk may have crossed a line with his Feb. 19 tweet about car manufacturing, according to the SEC. After that tweet posted, a Tesla lawyer ?immediately arranged to meet with Musk and draft the corrective statement that Musk tweeted out over four hours later.?