Everything Is Bigger in Texas, Including This Proposed Highway Expansion 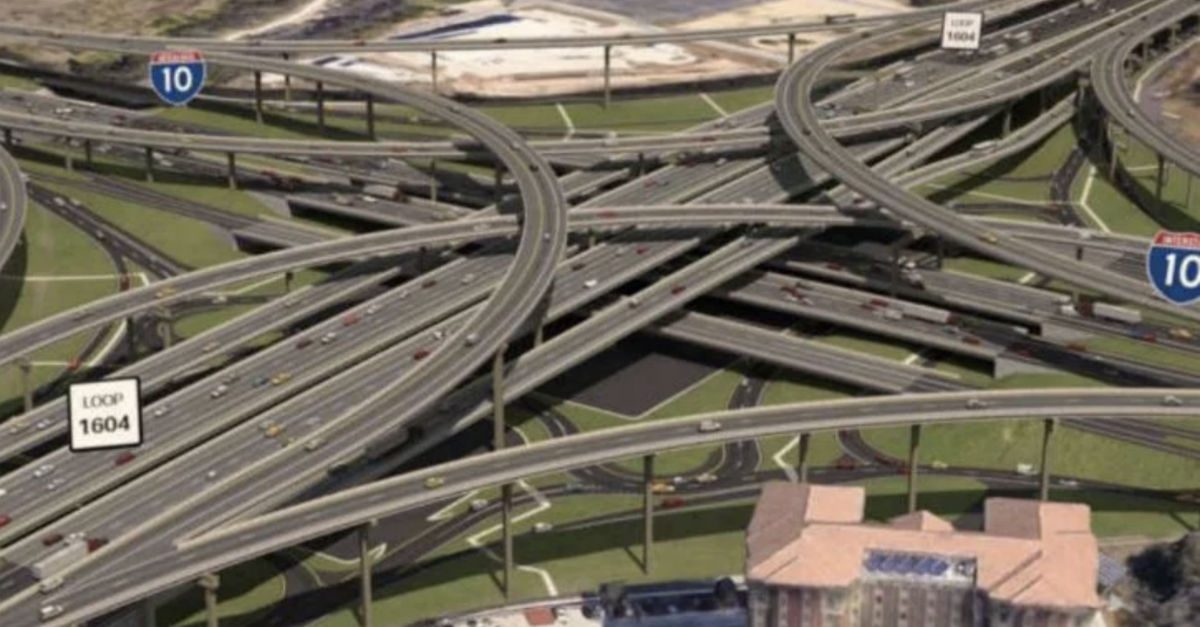 If the Texas Department of Transportation has its way, Texas State Highway Loop 1604 would expand to a whopping 10 lanes. Under the proposed plan, the four-lane, 95-mile highway loop that encircles San Antonio would gain around 28 miles worth of new lanes, including four general purpose freeway lanes and two HOV lanes. The cloverleaf-style intersection at Interstate 10 is also set to be updated.

TxDOT expects the expansion project to be divided into at least two phases. The first phase, which has already been funded, is set to kick off in late 2020 and will tackle the stretch of highway from Bandera Road (Texas 16) to Redland Road. Phase two of the project, which likely wouldn’t begin until 2023, would handle the stretch from Redland to Interstate 35.

Also known as the Charles W. Anderson Loop (after a former Bexar County judge), Loop 1604 started as a two-lane highway and was later expanded to four main lanes. Due to rapid traffic growth, the need for more lanes is extremely apparent, as experts have pointed out over the years.

Per My San Antonio:

For those new to the area, Loop 1604’s chain restaurants and megachurches were prairie land 35 to 40 years ago beside a modest two-lane, farm to market road that would, on occasion, contain actual farmers. Phenomenal suburban growth has transformed the 1604 corridor. Purcell reported that “13 of the top 20 locations for traffic growth between 1990 and 2016 were along 1604 North, with the location just north of Bandera Rd. showing growth of almost 1000%.”

As scores of urban planners have lamented similar suburban highway loops in Houston, Austin and Dallas, no amount of widening Loop 1604 could keep up with the explosive growth of vehicle traffic.

A report by the Texas Transportation Institute attributes some of this phenomenon to “latent demand” — the notion that making roads wider simply attracts more people to use them. Houston’s Katy Freeway is often held up as the prime example, having gone from four to eight to (in some places) 16 lanes, only to see the average commute times increase.

TxDOT will host two open houses this week to show off its plans for the Loop 1604 expansion project. According to My San Antonio, “The first meeting is set for Tuesday from 5 to 7 p.m. at Redland Oaks Community Church, 16875 Jones Maltsberger Road. The second will be Wednesday from 5 to 7 p.m. at Brandeis High School, 13011 Kyle Seale Parkway in northwest Bexar County.”