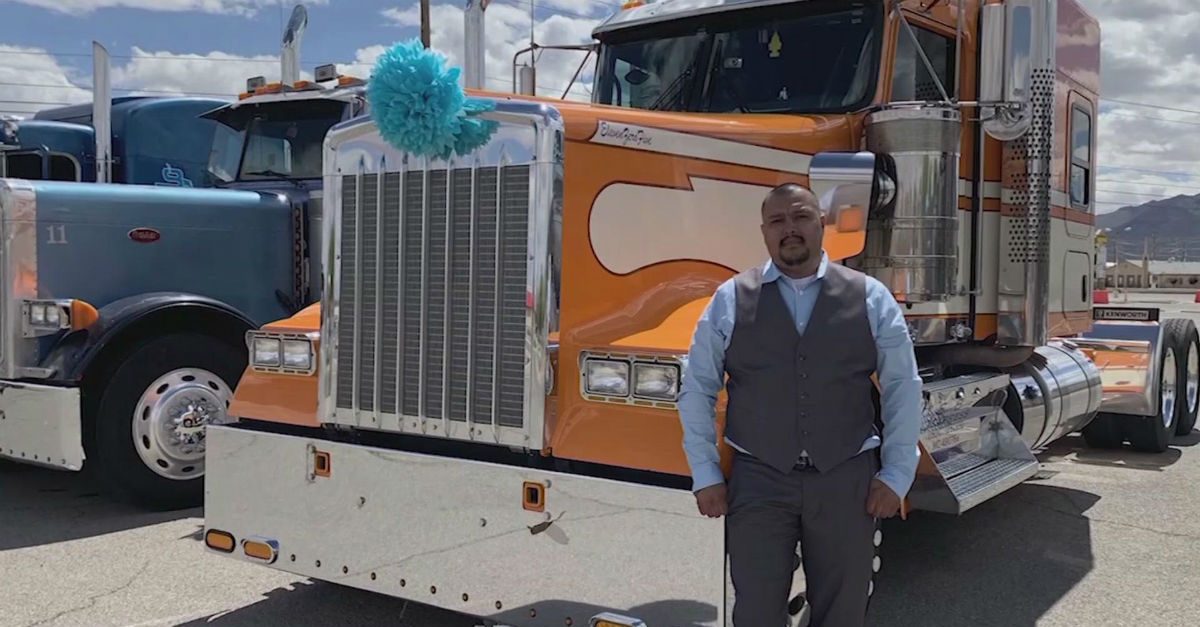 A 35-year-old trucker who was among the seven people killed by a gunman in West Texas was returning home to his family when he was shot, relatives said.

Raul Garcia, a father of four from El Paso, Texas, was identified by authorities in Odessa, Texas.

Police say Seth Aaron Ator killed Garcia and six others and injured more than 20, on Saturday after he was fired by his employer, Journey Oilfield Services. Ator fired at random as he drove in the area of Odessa and Midland, cities more than 300 miles (480 kilometers) west of Dallas.

Luis Garcia said his brother ?would be there for everybody.?

Read More: This Mercedes Got Pushed Down Interstate by Semi Truck, Driver Is Suing for $1 Million

A look at others who died:

Maria Arco said her 57-year-old brother was hauling salt boxes as a trucker serving the oil industry. It was the latest venture for Arco, a native of Cuba, who ran burrito shops in Las Vegas before moving to Odessa last year.

?I?m assuming (Ator) saw a truck driver and said, ?You have a job and I don?t. Take yours.? The bullet went through the window and into his head. He died immediately,? Maria Arco said of her brother.

She said he wanted to get away from Las Vegas, especially after the 2017 mass shooting at an outdoor concert.

?He wanted a place where he could raise his daughters in what he thought would be more safe, secure,? she said.

Brown?s death was confirmed by his employer, Standard Safety & Supply in Odessa, which serves the oil industry.

?We are deeply saddened at the loss of a member of our team,? the company said.

Granados, 29, was alone in her mail truck when she was shot and killed by a gunman who had hijacked the vehicle.

U.S. Postal Service officials said in a statement Sunday that they were ?shocked and saddened? by the events, but were ?especially grieving the loss of our postal family member.?

Peregrino, 25, ran into the yard of his parents? Odessa home to investigate after hearing gunshots, his sister, Eritizi Peregrino, told The Washington Post. The gunman drove by the home and opened fire, killing him.

Eritizi Peregrino?s husband also was shot. She said he is recovering.

Eritizi Peregrino said her brother was home for the weekend to talk about his new job and his new life in San Antonio.

?You could always count on him for anything,? she said. ?He would always help my parents and his siblings. I knew I could always rely on him and call on him.?

Leilah, 15, was with her family Saturday as her 18-year-old brother, Nathan, picked up a truck. Nathan and Leilah were shot while walking out of the dealership, her grandmother, Nora Leyva, told the Post.

?I guess he was just looking for someone to kill,? she said.

Leyva said Leilah?s mother pushed Leilah?s 9-year-old brother under a car. Nathan wrapped his arms around Leilah and was shot in the arm. Another bullet struck Leilah near her collarbone.

Leyva said as the girl died, she pleaded: ?Help me, help me.?

Leilah, an Odessa High School student, celebrated her quinceañera in May.

?It was like a dream for her,? Leyva said.

Griffith was killed while sitting at a traffic light with his wife and two children, his oldest sister, Carla Byrne, told the Post.

?This maniac pulled up next to him and shot him, took away his life, murdered my baby brother. Like nothing,? Byrne said. ?We are so broken.?

Byrne said Griffith, 40, worked six days a week to support his family. He was known for his sense of humor and an uncanny ability to impersonate people.

Griffith previously worked as a math teacher. One day before his death, a former student told Griffith what an ?awesome teacher he was,? his sister said.

Read More: This Texas Woman Left Her Baby in a Running Car While She Took Shots at a Club