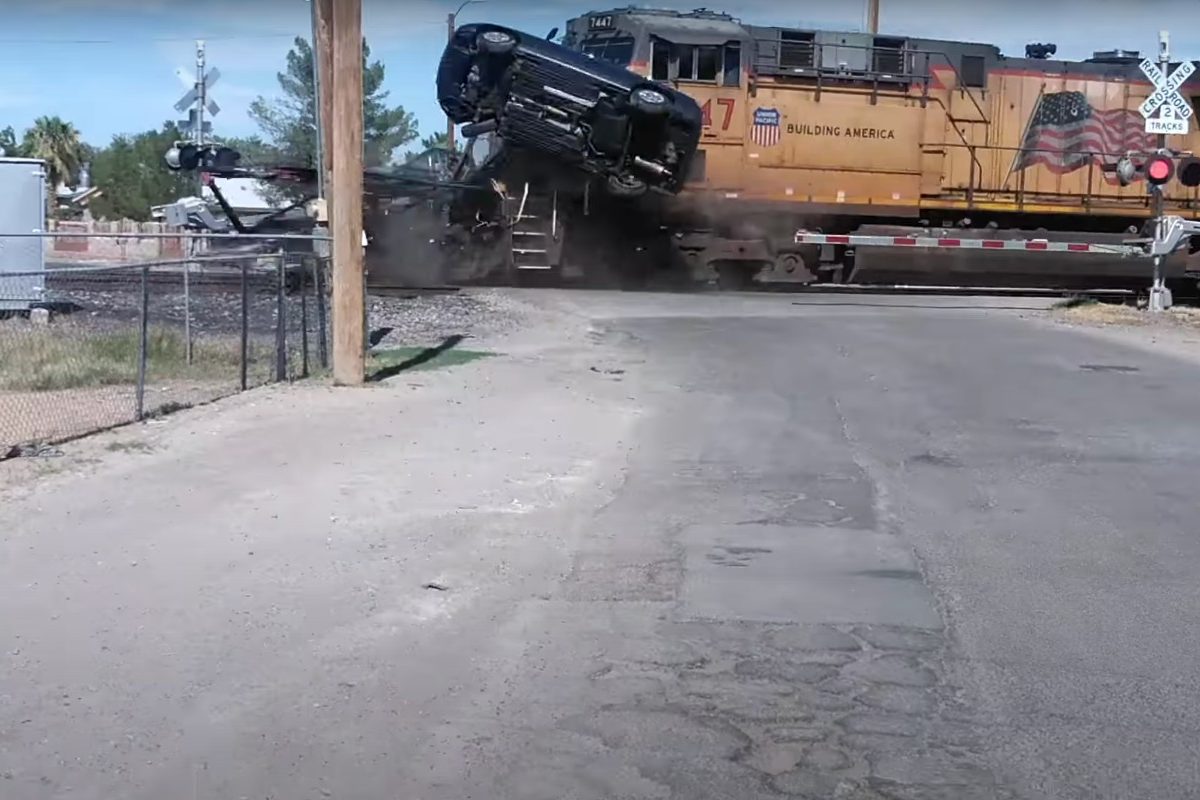 Nothing makes your heart stop quite like seeing a vehicle stuck in the middle of train tracks, and then hearing the sound of a train fast approaching. Barring any sort of quick thinking on the part of the driver, it always ends in complete disaster. And not the kind that’s easy to watch.

Unfortunately, there are quite a number of videos out there showing cars or trucks getting absolutely obliterated by speeding trains. When it comes to these sorts of videos, you’d probably think you’ve seen just about every scenario there is to see. Well, I don’t know about you, but I’ve never seen anything like this video from out of El Paso, Texas, when the back portion of a stuck car carrier got absolutely demolished by a train that couldn’t stop in time.

Read More: This Texas Sheriff?s Deputy Didn?t See a Train Coming Until It Was Too Late

“I saw that a tractor-trailer carrying cars was stuck on the train tracks,” writes the driver who captured the accident on dashcam. “Seeing that the train was approaching at high speed and the two men who were in charge looked very relaxed I felt very scared. Maybe they thought it would stop in time. I started recording a few seconds before it hit. The train stopped as soon as it could and immediately people from the railway company came down to see the damage and ask if anyone was hurt.”

Now, I’ve never seen a flying car before, but I think this is about as close as it gets. I mean, that car on the back of the trailer got some SERIOUS hangtime. It almost looks like this was some sort of planned professional stunt for one of those Jason Bourne movies.

If there’s any sort of positive to take away from this, it’s that there was no one actually in the car, which seemed to bear the brunt of the contact. So, I imagine that any injuries were non-existent or very minor. Anyway, here’s hoping.