Train Plows Through Car After It Stalls on Tracks 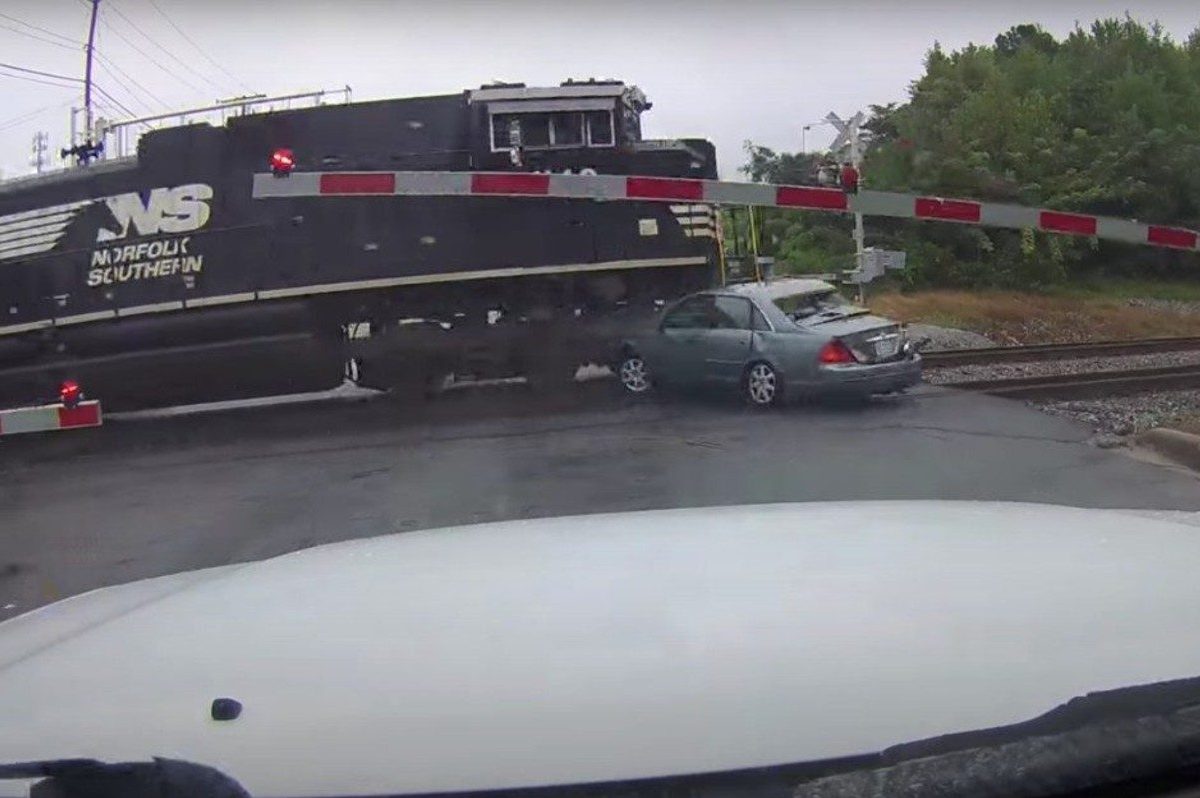 Railway crossings are the stuff of nightmares. They mark the point where your car and a giant super-powered diesel monstrosity will often cross paths. The point, of course, is to not cross paths at the same time. That wasn’t the case for Jeseace Quick, who had her car annihilated by a Norfolk Southern train in High Point, North Carolina back in September 2017.

According to the person who filmed the incident, it was a split-second decision that ended up eventually saving Quick’s life. We’re sure the irony of her last name is not lost on her, especially after this incident.

“A southbound train had just passed, and the gates were beginning to go up,” reads the video’s description. “Several cars began to move forward, but then the gates came back down. Two of us were caught in between. A young lady’s car stalled on the tracks. I yelled for her to run, and the train hit her car.”

Read More: This Texas Sheriff?s Deputy Didn?t See a Train Coming Until It Was Too Late — Your Heart Will Skip a Beat When You See the Footage

It doesn’t get much scarier than that. I mean, this is like a scene straight out of movie. Could you imagine if she ended up getting trapped in her car or didn’t get out in time? As you can see from the below video that simulates a train vs. car crash, in most of these high-speed run-ins, there’s a pretty good chance that whoever’s in the car at the moment of impact either won’t make it out alive or will be in pretty rough shape.

Train vs Car Crash Simulation from NCDOT Communications on Vimeo.

With that in mind, Jeseace Quick’s close call with absolute disaster seems all the more terrifying.