Chevy won’t sell you a Duramax Diesel Suburban, but where there’s a will there’s a way 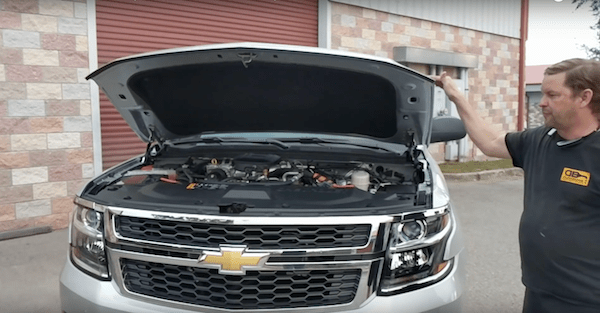 It’s hard to believe it’s been almost 20 years since the last factory diesel-powered Chevy Suburban rolled off the assembly line. The ultimate family hauler would be perfect with a modern day Duramax engine and Allison transmission behind it, but alas GM has said no. If you think the story ends here, you haven’t heard of Durahub incorporated in Orange County, Central Florida. The guys at Durahub have been swapping Duramax engines into Suburbans since 2007, and their latest project would have you questioning if a diesel engine were a factory option once again.

According to motorauthority, CEO Erich Swanson and his team complete about 50 diesel-swapped Suburbans per year, and the job will run you at least $45,000 on top of what you pay for the truck. For that kind of coin, you get a complete package including the Duramax engine, a built Allison transmission, the 2500 HD braking system and even a glow plug system that incorporates a factory indicator in the instrument cluster.

In the video, Swanson shows us around a brand new 2017 Suburban that’s sporting their complete Duramax package. Aside from the 2500 HD Silverado style wheels, Duramax badging and a chrome exhaust tip you wouldn’t think this Suburban was any different from the rest. The interior is completely intact, and they were also able to modify the factory push to start feature to work perfectly with the engine’s glow plugs.

These guys also convert the Chevy Tahoe and Cadillac Escalade into coal rolling towing machines, so if you’re in the market or you didn’t know the market existed; you can check them out right here.